A Critique of JFK's View of Catholicism in American Government

Posted by Supertradmum
If you noticed, I have Mirror of Justice on my blog list. It is a great site. One of the most important questions of our day, a theme of this blog, is the freedom of religion in the market place, including politics. From a speech given this Autumn at Notre Dame, as noted in full on the blog at right, by Prof. Michael McConnell, the entire question of the freedom of the Catholic Church to express Her True Teachings is here expressed most eloquently. The site shows the provocative end of the speech, but here is a quotation from the body also on the site:


The Bishops’ statement was a critique—not an embrace—of the
idea of strict separation. It describes Jefferson’s famous paraphrase of
the First Amendment, the “wall of separation,” as a “misleading metaphor.”
It offers an extended—and cogent—criticism of the
Supreme Court’s decisions in  Everson v. Board of Education
and Illinois ex rel McCollum v. Board of Education.
It describes those decisions as “victories of secularism,” and concludes with the “hope and
pray[er] that the novel interpretation of the First Amendment
recently adopted by the Supreme Court will in due process be
revised.”
The Bishops affirmed what they called “our original American
tradition of free cooperation between government and religious bodies—cooperation involving no special privilege to any group and no
restriction on the religious liberty of any citizen.”
Cooperation, not separation, is the term the Bishops used, and their insistence on neutrality (“no special privilege”) and the primacy of free exercise (“no
restriction on religious liberty”) were a far cry from Kennedy’s “absolute separation.”


Many good Catholics are confused about the Church's teaching on separation of Church and State and this entry on the blog from the Notre Dame Law Review is worth reading.

Can some readers help the monks with a new heating system? See online above. And, if you have never experienced a winter in an English monastery, I suggest you do and then send money! 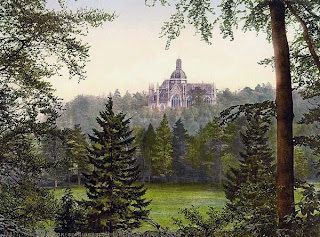 Email ThisBlogThis!Share to TwitterShare to FacebookShare to Pinterest
Labels: plea

Posted by Supertradmum
As some of you know, this blog is a continuation of my previous blog of several years. At that time, 2007, 2008, 2009, I was taken up with the intrusion of Post-Modernist thinking in the politics of America. To most, that is now obvious and painful. Now, I am more aware of Post-Modernist thinking and ergo, acting, among faith-groups in America, notably, our Protestant brethren and liberal Catholics. Post-Modernism is a term which covers a multitude of ideas, but the main ones I track are narcissism, individualism, self and group delusion and manipulation. Attached to these characteristics are the hatred of the class structure, leading to a hatred of the lower and working classes, with a consciousness encircled by a false elitism (see blog below).

As a trained Phenomenologist, who came to her senses and reverted back to Thomism, I can say that the Post-Modernist, Deconstructionist in religion and philosophy differed (no pun) on the role of the mind, reflection, memory, understanding, will, experience, and perception. (With hats off to the great St Ignatius, who taught us discernment with regard to memory, understanding and the will, one can only be grateful in being given the grace to be a Catholic).

These men and women have taken over the imaginations of Western European politics and the movement is being sucked into the abyss which is American politics, with a few, definite exceptions.

These PMCs may or may not be pragmatists, which I think, to a point, the Post-Moderns Atheists are.

This lack of pragmatism, especially in politics, leads to "waffling", "flipping", "indecisiveness" and "superficiality", all in quotations as these have been applied to certain political and governmental figures in Europe and in America. Dare I say that the Post-Modernist is prone to cultism and irrational, contradictory religious beliefs? Can I say that the Post-Modernist Christian believes in the true absence?

The difference between the PMC and the PMA is in the subconsciousness, or in the soul. The PMA is a deceived idealist liberal who has freely chosen his stance against hierarchies, creeds, etc. with a disdain for those who believe in such. The PMC still thinks he is a Christian, but has lost all semblance acting like a PMA while thinking he is a Christian. Hypocrisy. 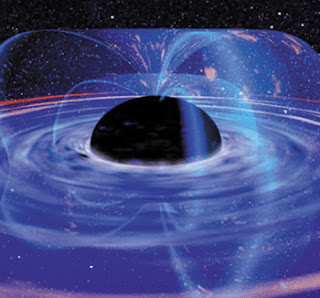 You see, hypocrites do not know they are hypocrites, at least on the conscious level, which is why they hated Christ so much. He was forcing them to look at themselves and their lack of faith. They were PMCs. The only difference was that they believed in their own hierarchy, their own power structures. But, unlike the PMAs. the PMCs have lost belief in the very vocabulary they use daily. They repeat words, as in the Mass, but the words are not efficacious for them. However, if such PMCs are priests, they are committing sacrilege, by saying the words of Consecration without belief. This is why there are liturgical abuses, as these men may change the form in order not to commit sacrilege. To be continued...