"Let All The World in Every Corner Sing"


Another version of "Antiphon".

My Lord Is Risen! "Easter" by Ralph Vaughan Williams

Repost from another blog...

Turning against the "inexhaustible surprise of divine love"

The best book I have read in months is The Yes of Jesus Christ by the Pope Emeritus, written in 1989,
when he was Cardinal Ratzinger.

I started it as it was a gift from a grateful reader, but it has proved to be a goldmine of spirituality for us in
this culture of death and despair.

I cannot give a complete review, although there are some tidbits on my blog. But, on this blog, during this
holiest of weeks, I want to highlight one major point.

How many lapsed Catholics have we all met who complain about the Church? I can understand someone
complaining who is still in the Church, but if someone has decided to leave, why bother?

The Pope Emeritus has the answer.

It is man's fundamental disconnectedness with himself that as it were takes its revenge on other people
because they do not provide what could only be provided by a new opening up of one's own soul. Today it can
often be observed in numerous variants even within the Church but it always stems ultimately from the fact
that people do not want from the Church what it is its to impart, the grace of being a child of God, and that
they are then found to regard as inadequate everything else that the Church is offering, so that one
disappointment follows another."

The Church exists to impart grace through the sacraments first and foremost, and the preaching of the Gospel.
All else follows as is right and true.

Some want to make the Church into their own images and likenesses.

The Pope Emeritus writes later in this section, "Such people now deem this new interpretation both to
themselves and to others as the true content of the Christian message, because no one can bear to have to
regard himself of herself as an apostate."

In order not to be called an apostate, Luther, Henry VIII, and others created their own churches, made in their
images and likenesses.

So as not to wear the condemnation which is justly theirs, they left the great calling of humility and purity of
heart, and became hateful towards those who followed Christ and His Church. Hence, the English Age of the
Catholic Martyrs.

Benedict notes that the "self-justification in which such a person has taken refuge after the loss of faith",
(which is the same as a holder of a bad conscience), this person wants all to live as he does, in darkness and
in sorrow. "Misery loves company" could be the motto of the society of agnostics in which we live.

Horrible, but the society at large has come to this point wherein the majority, who no longer believe, want to
drag down into their spitefulness all those who strive to be holy.

Benedict, quoting St. Thomas Aquinas, outlines that apathy, faintheartedness, nursing grudges and
spitefulness are the great daughters of accidie, that sin of inertia which gives up on the path to perfection.

Such were the sins of Judas which led him to his rejection of love, the Love which he witnessed daily.

One substitutes such morbidity for what Benedict calls, "the inexhaustible surprise of divine love".

How beautiful is the constant call of the Bridegroom to His beloved. Behold my beloved speaketh to me:
Arise, make haste, my love, my dove, my beautiful one, and come. Song of Songs 2:20 DR

This is my faith, that of a loving God who calls all to Him over and over, even in our darkness.

I choose that love and want to be surprised daily. Therefore, I choose to turn my back on the society of the
agnostics, or engage with such, if anyone in that culture of death really wants an "out".
Love conquers all...really, truly.

Repost from the Perfection Series


Do you want to be perfect?

We do not ask because we are afraid to lose our own judgement. When we ask for God to do great things in our lives, He may ask something of us. And, indeed, He does. He will ask,"Peter, do you love Me?"

Francis de Sales is referred to in an old, but excellent book on formation from New Melleray, in Peosta, Iowa. This book was written in 1932 and is a translation of a French text for Cistercian novitates.

The quotation from St. Francis is put into a paraphrase. "According to St. Francis de Sales, attachment to our own judgement is one of the most necessary things to abandon is we desire to attain true humility and true perfection. It is, however, the last thing we part with, and hence there are so few perfect souls."

How does the lay person, who is in the world without being in obedience to a superior attain such perfection and move away from own's own judgement? And what is my own judgement? It is subjectivity instead of objectivity. 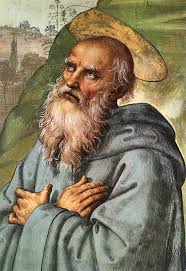 This is very hard. We need to be dependent on God and His Church.

The anonymous monk continues: "Without humility, contemplation is impossible,. The proud man cannot give due adoration to God; he is too much occupies with self to realize the distance that separates the greatness of God form our nothingness, His infinite sanctity form our misery. Such a one attributes to himself the gift of heave and feels not obligation of returning thanks."

I hear from some lay persons that they do not think they are called to contemplation. Yes, we are if we want to see God. Humility and contemplation mean that we are objective about our own spiritual life. A good formation of conscience helps.

"Humility leads to purification of the heart and the perfection of charity", states St. Benedict in his Rule, VII.

What is humility and how do we know we have acquired this virtue? How do you answer these questions? This is a partial list.

Do you get angry when people are rude to you?
Do you get upset when people misunderstand you and criticize you?
Are you always wanting to be right and be first?
Can you give way to others in lines, in preference, in conversation?
Can you forgive others when they ignore you?
Can you suffer and be grateful for the suffering?
Can you be silent and listen instead of needing to be heard?
Can you be obedient to Holy Mother Church even if you do not understand something?
Can you decide to learn and seek answers and not be ignorant?
Is God always first in your life and in your decision making?
Do you love the Church?
Can you ask God to show you how sinful you really are?
Can you really believe that most people are better than you are?

Any readers from Scotland want to make a comment on this possibility of independence?

Charles was born in the Palazzo Muti, Rome, Italy, on 31 December 1720, where his father had been given a residence by Pope Clement XI. He spent almost all his childhood in Rome and Bologna. He was the son of the Old Pretender,Prince James, son of exiled Stuart King, James II of England and his wife Maria Clementina Sobieska and great-grandson of John III Sobieski, most famous for the victory over the Ottoman Turks in the 1683 Battle of Vienna. More here.


Chorus: Speed, bonnie boat, like a bird on the wing,
Onward! the sailors cry;
Carry the lad that's born to be King
Over the sea to Skye.
Loud the winds howl, loud the waves roar,
Thunderclouds rend the air;
Baffled, our foes stand by the shore,
Follow they will not dare.
Chorus
Though the waves leap, so soft shall ye sleep,
Ocean's a royal bed.
Rocked in the deep, Flora will keep
Watch by your weary head.
Chorus
Many's the lad fought on that day,
Well the Claymore could wield,
When the night came, silently lay
Dead in Culloden's field.
Chorus
Burned are their homes, exile and death
Scatter the loyal men;
Yet ere the sword cool in the sheath
Charlie will come again.
http://en.wikisource.org/wiki/File:Skye_Boat_Song.ogg  hear it here......

We need 3.5 million for the Irish College! 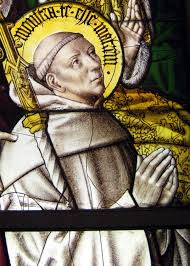 Remember, O most gracious Virgin Mary, that never was it known that anyone who fled to thy protection, implored thy help, or sought thine intercession was left unaided.
Inspired by this confidence, I fly unto thee, O Virgin of virgins, my mother; to thee do I come, before thee I stand, sinful and sorrowful. O Mother of the Word Incarnate, despise not my petitions, but in thy mercy hear and answer me.
Amen. 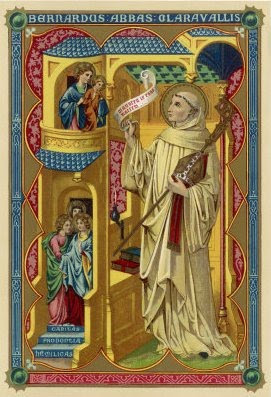 Yet Another Favorite Easter Hymn

All Creatures of Our God and King

All creatures of our God and King


Lift up your voice and with us sing,
Alleluia! Alleluia!
Thou burning sun with golden beam,
Thou silver moon with softer gleam!


Thou rushing wind that art so strong


Ye clouds that sail in Heaven along,
O praise Him! Alleluia!
Thou rising moon, in praise rejoice,
Ye lights of evening, find a voice!


Make music for thy Lord to hear,
O praise Him! Alleluia!
Thou fire so masterful and bright,
That givest man both warmth and light.


Unfoldest blessings on our way,
O praise Him! Alleluia!
The flowers and fruits that in thee grow,
Let them His glory also show.


Refrain
And all ye men of tender heart,


Forgiving others, take your part,
O sing ye! Alleluia!
Ye who long pain and sorrow bear,
Praise God and on Him cast your care!


Refrain
And thou most kind and gentle Death,


Waiting to hush our latest breath,
O praise Him! Alleluia!
Thou leadest home the child of God,
And Christ our Lord the way hath trod.

Another One of My Favorite Hymns at Easter

Happy Easter to All Serious Cooks But, as I am now itinerant, I take what is given to me wherever God allows me to be…I do miss cooking. But, I am grateful for good food and good company. 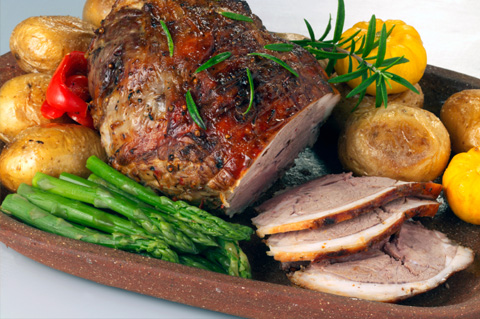 Douay-Rheims
12 I know both how to be brought low, and I know how to abound: (everywhere, and in all things I am instructed) both to be full, and to be hungry; both to abound, and to suffer need.
13 I can do all these things in him who strengtheneth me.

One of My Favorite Easter Hymns