Posted by Supertradmum
Sometimes I think that professional Catholics, those who work in chancery offices, schools, or parishes forget how small the real Catholic population is in England. Out of the six million Catholics in Great Britain, only over a million attend church regularly, and out of those, many would be contracepting and even pro-abortion. Many more would be in favour of ssm and disobedient in other ways.

The triumphalism which exists reveals that some Catholics live in cloud-cuckoo-land. The Church is also seriously divided in GB into factions. Neo-pelagianism is still a popular heresy, as is gnosticism, New Agism, the belief in universal salvation, and all the modernist heresies. Also, there are too many Catholics following false seers and false ideas found in the charismatic groups. I have written about this before. Many of the youth ministries are not orthodox. Orthodox marriage prep and catechesis may be impossible to find.

Scott Hahn, once a charismatic himself, told me the charismatic movement was one lane coming into the church and six going out. What is the calculus for Catholic youth ministries? How many lanes in? How many lanes out? quotation from Austin Ruse, President of C-Fam http://goo.gl/NK3kv

We shall see a fall-out of Catholics once fines and penalties apply regarding ssm.

Here is a page of graphs and statistics for those who doubt me.

I highlight one graph here. The numbers may be up slightly. So much for WYDs bringing in lots of vocations, which is a myth. The problems are, of course, parents not passing down the Faith, too much moral compromising, and a lack of obedience to Rome.

There are probably more orthodox Catholics in the city of Krakow than in all of GB. I wish people would be real and face the situation of a Church in crisis in Great Britain. Recently, a priest noted that it is the Polish immigrants in Scotland which are holding up numbers in the Catholic Church there. I am sure the same is true in Ireland. 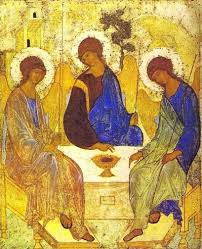 As I travel, I am aware that real, true Catholics are more and more are members of a minority group. I think Catholics who are orthodox might be happier if they realize this truth.

We are no longer a majority in any country. Those Catholics who are obedient to all the Teachings of the Church and who follow a daily regime of prayer and repentance are few, indeed.

The idea of the remnant has become a reality. Recall that the Hebrew nation was very small in numbers.

Realizing one is a member of a minority helps one not to be angry. No surprises if one is persecuted. No horror-struck amazement at the growing decline of morals and even common decency.

Of course, we cannot become complacent. But, we are, decidedly, now in the same position as the earliest Catholics living in a vast domain of paganism.

Start thinking like a member of the remnant. Cherish what you have. and absolutely pass it down to your children.

The minority will become much, much smaller. Do not strive to create a majority. The Church is not about numbers, which, sadly, too many bishops and pastors want to see.

Head counts mean nothing in the spiritual world.

Being a member of a minority takes courage. One does not compromise to please or work with the majority. Some people with whom I have spoken are afraid to stand up for the Faith in public. God will not recognize this person in the end-remember, not all who say Lord, Lord will enter the Kingdom: and works do not indicate holiness-interior disposition is all.

Douay-Rheims 1
21 Not every one that saith to me, Lord, Lord, shall enter into the kingdom of heaven: but he that doth the will of my Father who is in heaven, he shall enter into the kingdom of heaven.
22 Many will say to me in that day: Lord, Lord, have not we prophesied in thy name, and cast out devils in thy name, and done many miracles in thy name?
23 And then will I profess unto them, I never knew you: depart from me, you that work iniquity

We are called by Christ Himself to spread the Gospel, but for you, for me, that might be effecting the life of one other person.

We are not all St. Benedicts. We all cannot make great changes. Be peaceful in your minority state. Do not whine or long for the flesh pots of Egypt. God provides Manna from heaven-His Own Body and Blood.

For years, I have taught that Christendom is dead, and most likely will never be seen again. Try we must to change unjust and immoral laws, but if we fail in our efforts, we shall live under such unjust laws pertaining to us, as a persecuted minority. Christ warned us.

And all that will live godly in Christ Jesus, shall suffer persecution.

Why Was God So Hard On Moses?

One of the great questions coming out of a reading of Deuteronomy may be asking why God did not let Moses go into the Promised Land? After all, Moses was the great friend of God's, the holiest man alive, and a great leader of God's  People.

OK, so he struck the rock more than once...but was the sin merely impatience, or anger? Moses was instructed to speak to the rock and, instead, he hit it twice.

Some commentators say that Moses made himself equal to God by referring to "We" providing the water.

Some commentators state that it was because Moses was disobedient and did not follow God's directions exactly, which Moses obviously did not do.

I think it was impatience. Why is impatience such a serious sin?  Impatience is not trusting in God.

After all those years, of intimacy with God, something in Moses still did not trust God enough to wait, wait on the words spoken to the rock for water.

Anger is not trusting in God. Anger is playing God-"I want this, now!" A lack of trust is a lack of love. At that moment, Moses simply did not love God enough to trust in Him.

But, not to go into the Holy Land was a serious punishment.

Moses sinned in front of the entire people. His sin was not private, but public. He gave a bad example of one's relationship to God to the entire assembly of the tribes of Israel.

Moses was not perfect and this surprises us, as only the perfect see God. But, that is the analogy here. Moses, the Giver of the Law, did not enter the place of promise as he was not perfect.

Joshua and Caleb had pure hearts, as did those who were the children of the slaves of Egypt.

Even though Moses is one of the greatest men of the Old Testament, and represents the Law in the Transfiguration, as Elijah represents the Prophets, and Christ fulfilling the Law and the Prophets, still Moses sinned and was punished. His punishment, however, allowed him to be purified before death. How to we know that? Elijah did not die, but went up to heaven in the fiery chariot. Moses is said in all the commentaries to have died, but his state of perfection was such to allow him to be in heaven, so we see him in the glory of Christ in the Transfiguration. If Moses had been in Hades, in that upper chamber called the First Limbo, waiting for the Harrowing of Hell, he would not have appeared with Christ.

Only the pure enter heaven, and Moses' terrible punishment of not entering Canaan, made his heart pure.

May I add that in the Epistle of Jude, verse 9 notes that the Archangel Michael fought the devil over the body of Moses. This is a great line upon which to meditate and gives teeth to the idea that Moses, like Elijah, was in heaven body and soul.

9 But when the archangel Michael, contending with the devil, disputed about the body of Moses, he did not presume to pronounce a reviling judgment upon him, but said, “The Lord rebuke you."