Those who do not believe in the activity of the demonic, or of the good angels around us cannot see that what is unseen is greater than what is seen.

Several of us who pray had a horrible weekend, despite the great joy and glory of three new priests and two new deacons in this diocese.

Some had terrible nightmares, some headaches, some nervousness and gross, unnatural anxiety.

Something happened for two days in this city to cause this. You can look up the reason, but talking to my prayer warrior friends last night, we were aware of a huge evil bearing down upon us all, reminding us all never to become complacent in the fight for goodness, for the Church, and as the Church Militant, there is no respite.

If you want to find out the details, just look at several things happening in the Midwest this past weekend.

The jaws of evil are open, swallowing thousands, if not millions, of people who do not realize to where they are headed.

The jaws of hell open to those who flaunt God's natural and supernatural laws.

I cannot believe how many parents take their children to the various parades which wove through small cities in this part of the world this weekend.

June is official  Lesbian, Gay, Bisexual, and Transgender Pride Month. It is REALLY the month dedicated to  the Sacred Heart of Jesus. Ok, I am working on the book 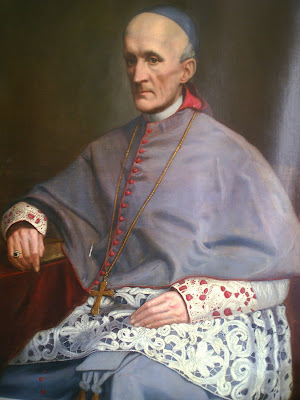 The book by Cardinal Manning, sitting here on the table in the coffee shop, is fantastic. I can hardly decided what to highlight.

One, all people are given enough grace for salvation.

Two, there are, (I have written on this before, under "grace" tag), three types of grace. Preventing grace is "God going before us by His operations in every good thing we do."

In fact, preventing grace is why we were baptized in the first place. God thought of us from all eternity, planning our baptisms and our entries into grace.

The second type of grace is cooperating grace, which is not merely leading but helping grace.  This grace strengthens us.

The third type is that which makes us perfect. This grace "accomplishes and crowns the work of God in us."

Imagine Divine Providence, God from all time thinking of each one of us, seeing us in sanctifying grace, desiring that we persevere in baptismal innocence, as do so many of the saints.

Each one of us is the object of God's special love. Faith, hope and charity spring from God's graces in us.

As Manning writes, "God is both the author and the perfecter of our salvation" However, our will is "actively at work in it from the beginning to the end." The Cardinal reminds us that there is only one grace in which our wills are not operative, and that is the grace of baptism.

God begins grace in us, as He does our natural existence. Manning notes, "It was the love of God which willed to create us; and His power following His will called us into existence out of the boundless multitude of possible creatures, leaving more than the mind of man can imagine non-existent still. This wonderful work of God's love to us, calling us into existence, was a preventing grace of His sovereign love, wisdom, and goodness towards us."

Antonia Tully, along with other speakers at the International Family and Pro-Life Conference hosted by the Catholic Bishops of Nigeria, visited a poor village on the outskirts of Abuja where the conference is taking place. Antonia, Pat Buckley and I are speaking at the bishops' conference on behalf of SPUC.

Here's how Antonia described her trip:

"The group was accompanied by Sister Cecilia, a Medical Missionary of Mary, who runs an outreach project to support and care for vulnerable families in the village of Dutse Alhaji.

"By western standards, Dutse Alhaji presents a shocking picture. The houses are crumbling, roughly-built brick dwellings with corrugated iron roofs. Families cook over open fires. The narrow pathways between the houses are umade dirt tracks, with open waste waterways criss-crossing the village. This is a very poor place.

"The visiting party was welcomed by the village chief, a Muslim, who invited the group into his palace - a lowly building only slightly better than the surrounding houses.

"Having removed their shoes, the other visitors and I sat on the floor while the chief presided over the gathering from his sofa, dressed in his regal robes.

"I introduced myself saying that I was married with six children and in my role at SPUC I do a lot of work with Muslim mothers in England, helping them to protect their children from immoral sex education.

"Replying to his visitors, the village chief expressed his astonishment at meeting a white woman who has six children. 'Why are we being told that we should only have two children?' he exclaimed.

"The chief spoke of the common ground tween Islam and Christianity ... that the people of both religions should strive to lead Godly lives and protect unborn children. The chief also said that he wanted to give a message to the people of his village that men and women must be faithful to their partners.

"The purpose of the visit to Dutse Alhaji was to witness at first hand the target of the International Planned Parenthood Federation and the other agencies of the culture of death.

"Yes, the villagers of Dutse Alhaji are living in very poor circumstances. Yes, every effort must be made to improve their material circumstances.

How Did These Kids Become This Way?

Posted by Supertradmum
I was in a waiting room today and the twenty-something girl next to me was playing a game on her phone. Ping, ping, ping..

The receptionist's phone was ringing as the waiting room was crowded. The young gamer said out loud, "Answer your phone. It bothers me." No one said anything. No one corrected her.

I was so amazed, I could hardly believe the insanity.

For Me, For You

There will be more photos 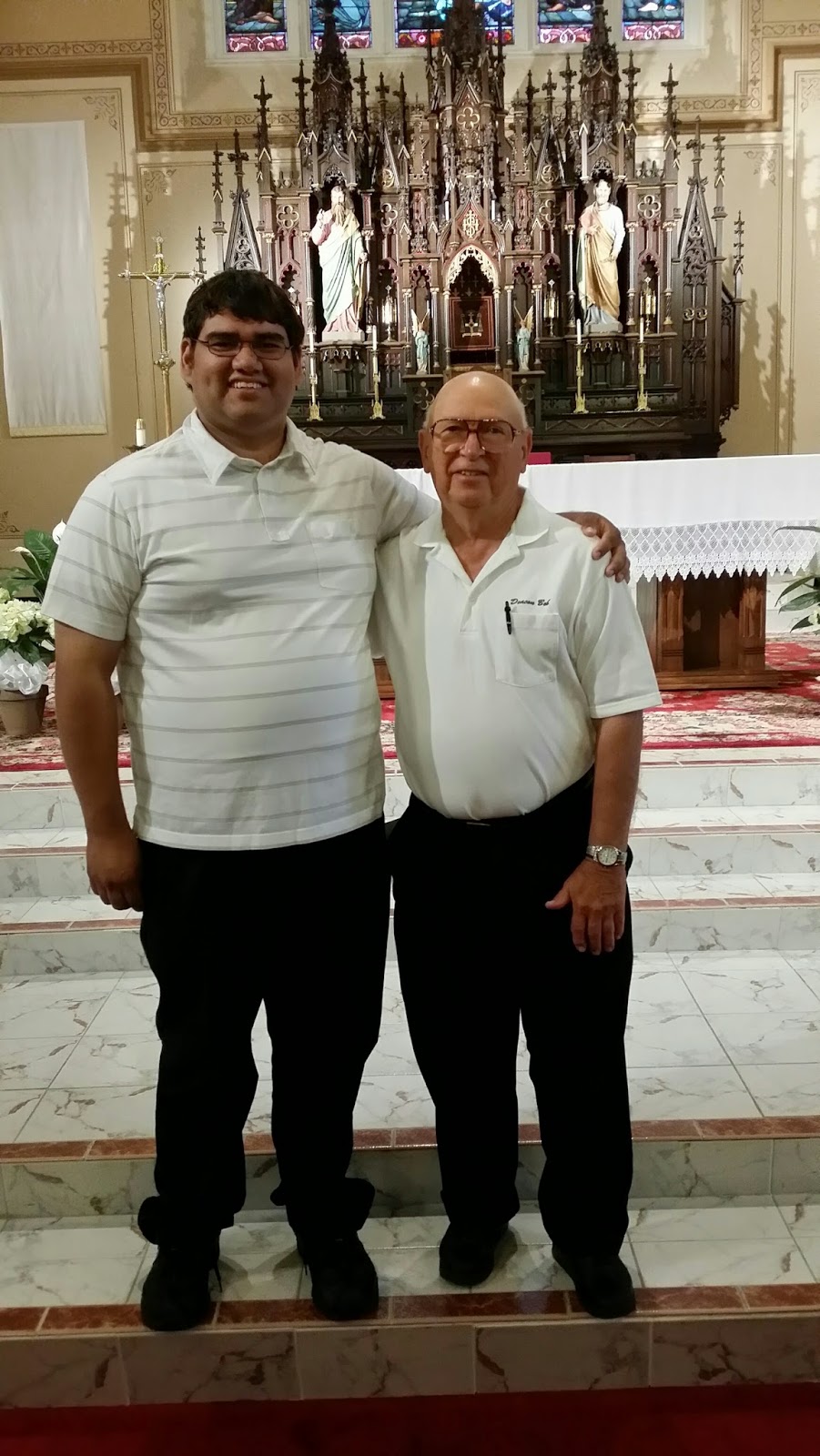 Posted by Supertradmum
My "second son". Guillermo Trevino, was ordained a transitional deacon this weekend. He is one of my son's best friends. I have another second son in a seminary in London, plus supertradson. I have promised to pray for these men for the rest of my days.

I suggest you choose three sems, deacons and priest to pray for especially.

Lots of photos. See if you can find my Aged Ps. The Deacon served at the Mass on Sunday in the parish where I was baptized, received First Confession, First Communion and Confirmation. The ordination, one of several, was in the Cathedral. 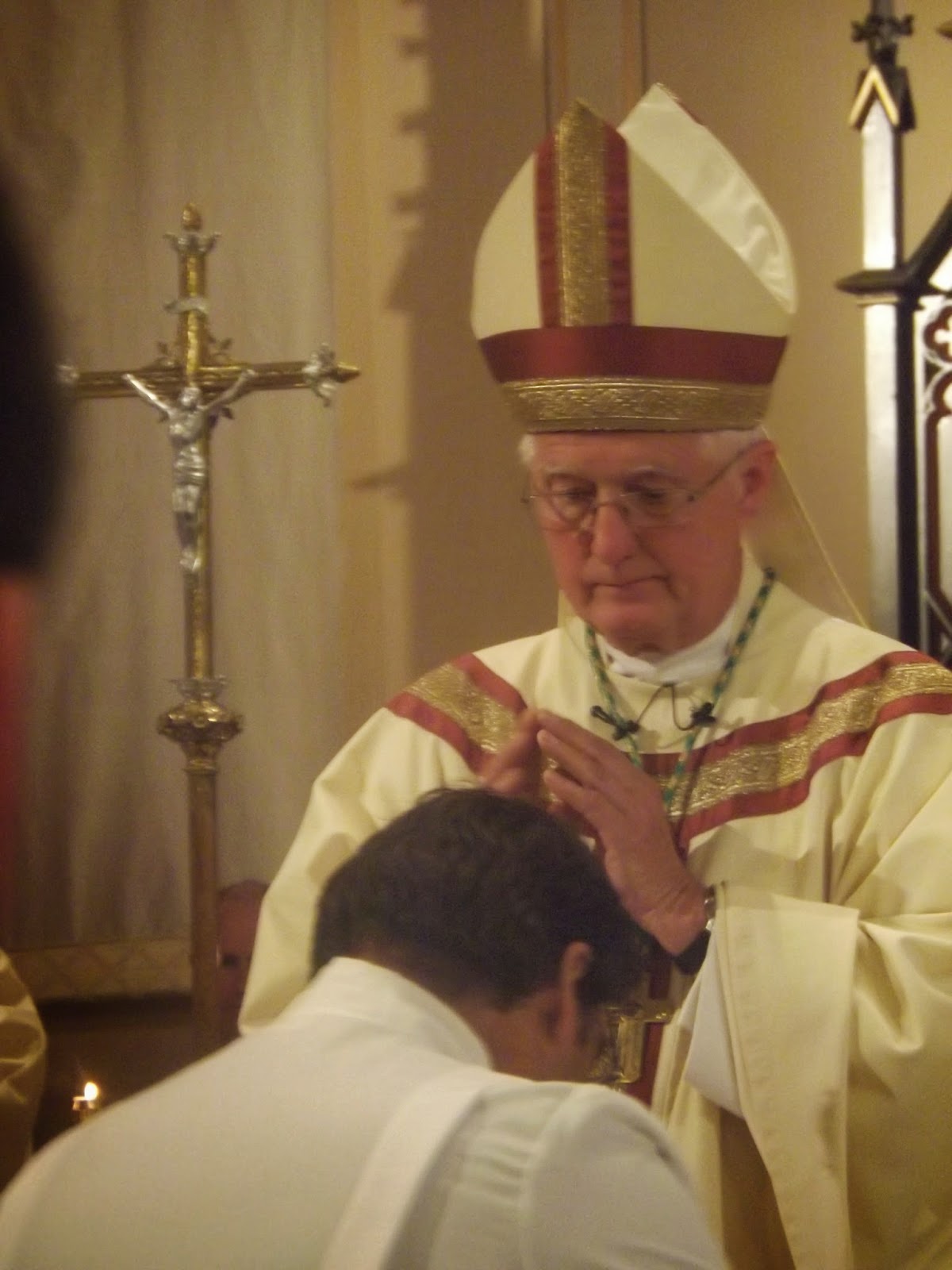 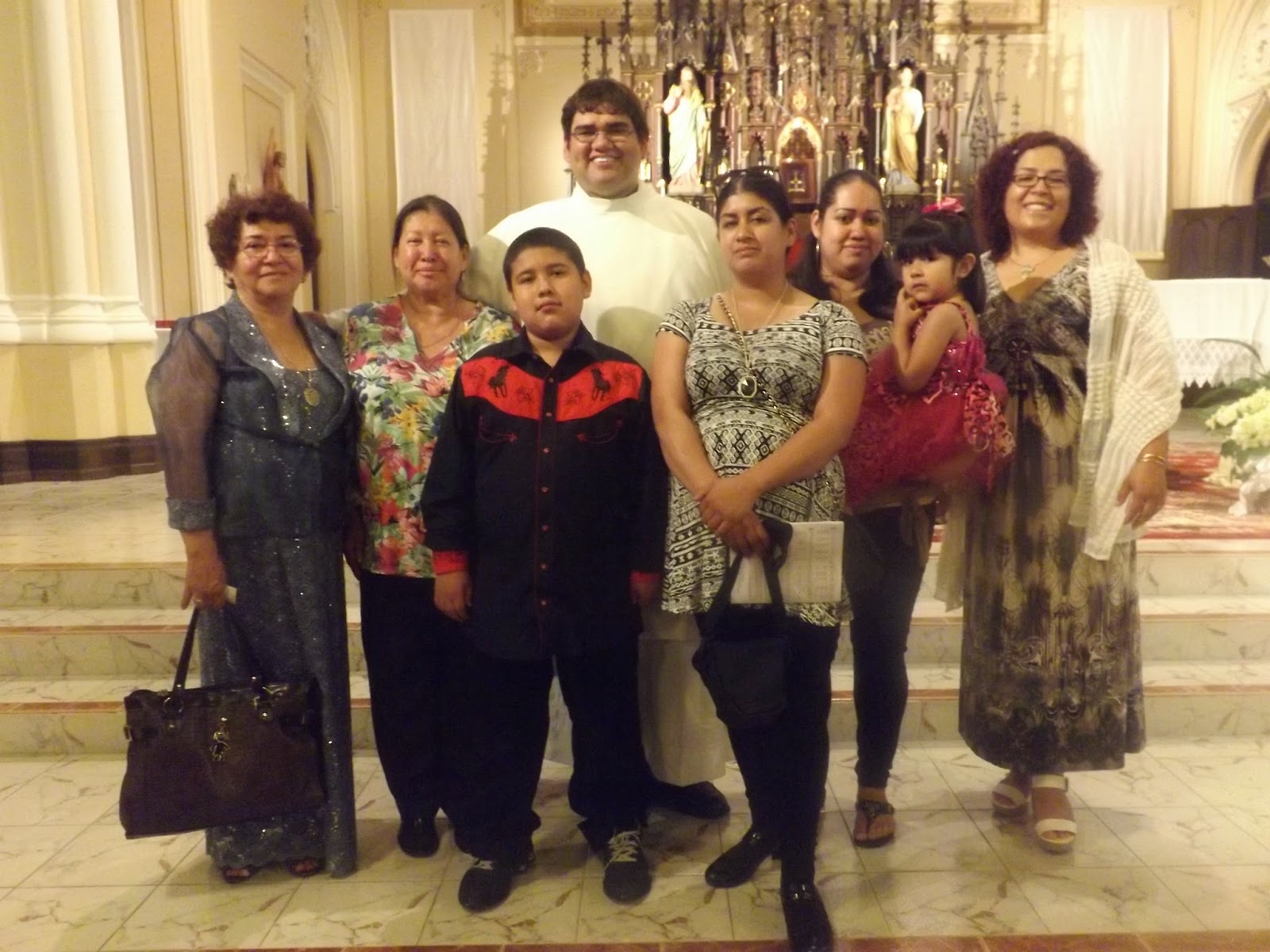 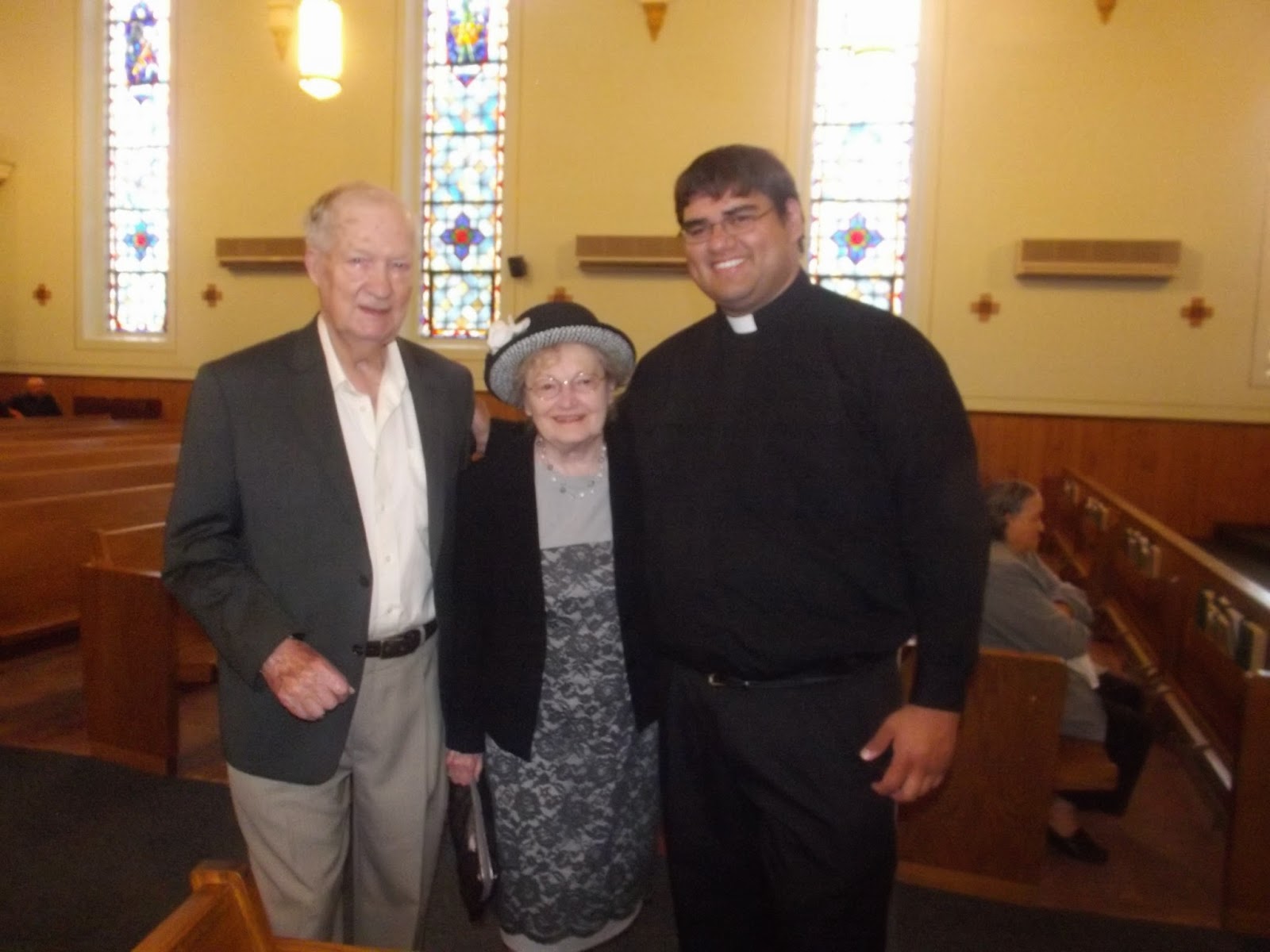 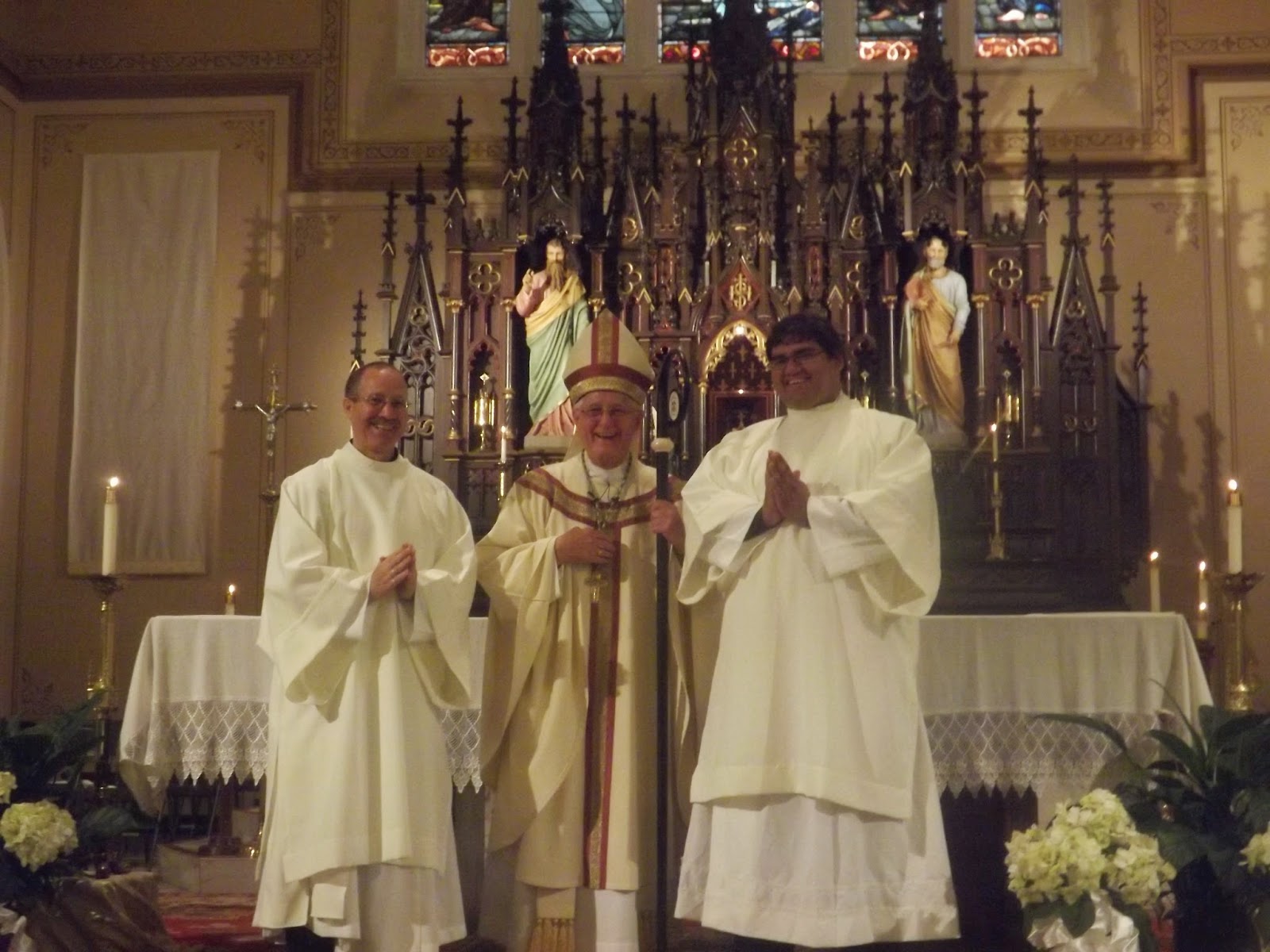 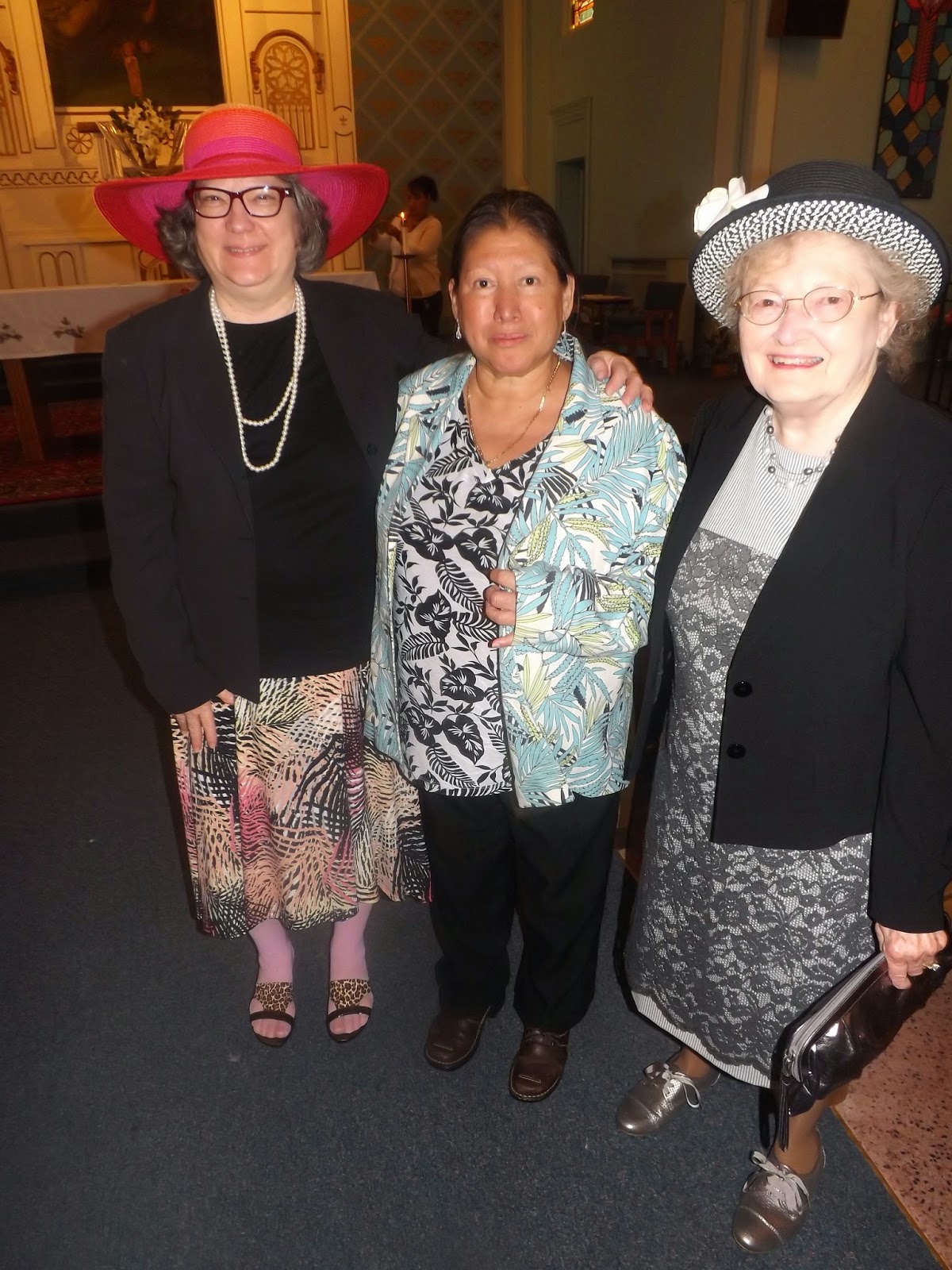 A Positive And A Negative in The Dark Night

Posted by Supertradmum
Many weeks have passed since I have written on the Dark Night. Today, I want to emphasize one aspect, returning to some of the ideas written last year. Just use the tags.

A double-edged sword of the Dark Night is the revelation of the depth of one's sins, and more specifically, the deep-rooted predominant fault.

The down-side is the realization that one should and does deserve hell for one's sins. To face the pure God and see the horror of sin is part of the purgation of the Dark Night.

The upside of this is the gaining of the virtue of humility.

Being in the Dark Night and sensing one's sins is very much like an experience I have been having for three weeks, since about May 23rd.

As a star-gazer, I go out at night and study the sky. But, on that night dated above, I could hear the loud snorting of a large deer. Now, most of the deer in this area are White-Tails, but this deer which I could barely sense in the darkness, was much larger and probably a Mule Deer.

Since that time, almost every night, this large deer has passed through the property, snorting, pawing, making noises which indicate that it is claiming the farmyard for its territory.

I have not been able to see this large, loud deer, most likely a buck.

But, I know it is here, even tonight, underneath my window.

It lets me know who is boss. It is intelligent enough to avoid the motion lights.

He will not come until the Bride is purified.

Like the buck, the sin comes and goes, making noises in the dark. I must pray for complete sight and this is scary, as one immediately realizes how unlovely one actually is and of all things, we all want to be loved.

Disclosure brings risk, but without taking the risk, one can never be united with God until after purgatory.

And, the Church needs saints.

To see one's sins humbly and humbly to accept the radical love of God forms the basis for the journey into the Dark Night.

There are times when one is persuaded one is going to hell,.

This is not a bad insight but a truthful one.

Such are some of the notes from the Dark Night....

BTW, the Mule Deer have a black bit on the tail and the White-Tails do not.

Repost Out of Frustration

Sigh, the same old problem is on twitter and the net again...people simply do not know how to argue rationally.

Which brings me to the point of debate with atheists and even fallen-away Catholics. As a former teacher of
argumentation and debate, I taught my students to look at both sides and argue point by point.

This is the classical way of debating. One must understand the opponents' points of views before engaging in debate.

Most modern people do not know how to argue from reason. They have knee-jerk reactions, and very low
levels of rational discourse. Logic has not been required in secondary education for two generations in the States.

Many of the huge cultural problems which will be and are facing Catholics today are owing to the lack of the
ability to argue one's point from reason. We have been let down both by Catholic politicians and Catholic clergy
on the moral issues of the day in this fair land of common law.

Argumentation was part of the training of and used by some of the great martyrs of England, Wales,
Scotland, and Ireland. I think especially of SS. Thomas More, Edmund Campion and Oliver Plunkett.
You can read the transcripts. One may call their methods "apologetics", such as Campion's Brag.

The knew how to put forth the Catholic position and engaged those of opposing beliefs.

Doncha' think we need to teach our children and grandchildren how to engage the enemy with the question
and answer method of Thomas Aquinas, for one example?

I always start by asking questions, such as "Well, what do you think of this?"

Learn how to debate before you will not be able to do so, before freedom of speech disappears in Great Britain
and in America.