Guess Who Is The Patroness of Detroit?

A bit late, but one can say this novena at any time, and I just finished one today.

Stop Crying in Your Beer

A few days ago, I wrote on the fact that as people of memory, we know and love our past, especially our religious heritage.

However, I have been noticing a trend among journalists and bloggers on line which is disturbing.

Too many are going over and over and over the things which have led us to the destruction of Western Civilization and even Church parishes and communities.

I wrote and have written articles myself on why and how we got to this state, but I am truly tired of the post-mortem articles which claim to understand the rot, and especially those articles which blame the hierarchy only. I wrote this eight days ago on another site.


I was talking with a holy priest at the December, 2012 rally in Dublin (I am in Dublin) and he told me that this moving away from the Gospel values and Church was a long time coming. Father stated, as we were standing with candles in the street outside the government buildings, that the adult population of Ireland did not appropriate an adult faith, but stayed like children-not reading, not studying, not praying or taking responsibility for their own souls. The result of this is a feel-good faith rather than an intellectual assent and a willingness to put politics before principles. Most Catholics have not read the CCC here, for example or Humanae Vitae. They have not interiorized adult ways of apologetics and discussing with those who do not believe.
In addition, we discussed whether or not the lie of socialism led to the softening of the adult Catholic consciences here. One cannot be a socialist and a Catholic, as more than one pope (in fact all back to 1848) have said. Socialism creates a false dependency on the State and deadens individual responsibility. The Irish people have voted these people in and they get what they deserve. If the vast majority repent of being irreponsible to date for their faith and take hold of the Catholic view of governing, which is not socialism, maybe then there will be a change. In addition, there are many so-called Catholic women who contracept, especially the younger ones. Abortion and contraception mentalities overlap. Change? I doubt it. The years of personal compromise led to this horrible decision.
As to blaming bishops, get over it, I say, as God is going to judge me, a lay person and not say at my particular judgement, "Oh you poor thing, you had a bad bishop". I am responsible for my own salvation, with the grace of God, in and through the Church, We can get to heaven and hold the Truth up in the public sphere bishops or no bishops.

But. I want to add that the reason I did the perfection series, including the Doctors of the Church series, which I mentioned as I was writing, is that the time for looking towards the past is over.
We must deal with the now and plan for our eternal goal, which is heaven.

I challenge all to stop hand-wringing and get on with the task of cooperating with grace to become a saint.
If you really have not been paying attention for forty years and need historical updating, follow the Gramsci tags

I remember, when I was down in Mississippi helping out a bit after Katrina, that one of the teens said to me, in tears. "Why do people keep going over the past again and again. I want to move on. I want to live." It took some people a long time to grieve, over a year. I was there exactly one year later. But, one must move on.  I walked past some of these exact ruins for months. One must grieve and look forward. Someday, I shall show you my photo album of Bay St. Louis and Waveland a year after the hurricane. 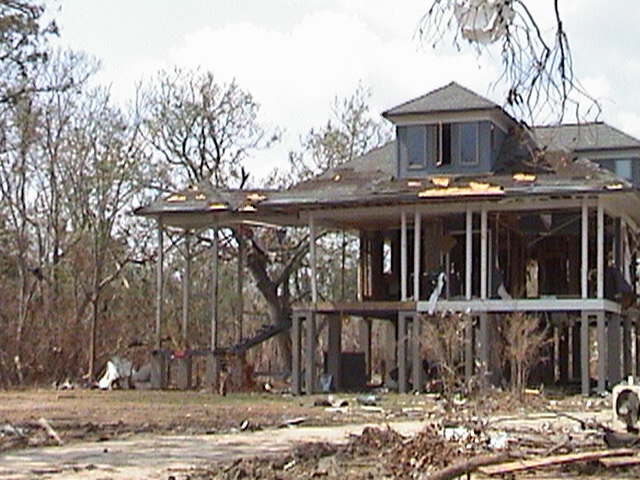 But, one must decide what to do next.

The Irish have a habit of dwelling too much on the past. They have told me this themselves.
Stop crying in your beer, all Catholics, and move on. We do not have much time to take advantage of the sacramental life of the Church. We do not,.

On Lost Vocations and Being a Saint on the Outside

Three male friends of mine in recent history have told me they are lost vocations.

I tried to comfort their restless souls by explaining that little old me, for one, do not believe in so-called lost vocations.

This entire subject, as you know if you are a regular reader, has been a struggle I have encountered just in the last three years.


Trying to wnter a monastery three times in my life, in three different ones, and failing to make the grade, as it were. I am finally convinced of my lay vocation.

Humbling, yes, as I know and understand in my heart the beauty and perfection of the life of a nun in and of itself. But, being in the world is a humble place. A lay person must seek the life of protection virtually on the battlefield, and not in the trenches. Mother Adele, the foundress of Tyburn wrote that if her nuns followed the Rule of St. Benedict and if they prayed, adoring the Eucharistic Heart of Jesus, they would enter the Unitive State. That the Benedictine life is a short-cut to holiness is true.

I asked Mother General of Tyburn why God would give me such a desire and true understanding of the Benedictine monastic life without giving me the means to do it. She said that God has to answer that question in prayer, as she could not. But, that there is a reason for this desire. The desire to love God totally is the call for all of us.

Practically here last words to me in May were that all of us, even the laity, were called to be Brides of Christ.

As Mother Adele wrote something for all of us:

Do you think a bit too much of your mistakes, my dear little daughter, and under this impression you fall back   on yourself and you concentrate in a vague fear and anxiety. Try not to scrutinise yourself so much, my good daughter; immerse yourself in the merciful love of God...Think of him, love him, strive to do everything for him, and little by little, he will attenuate your failures and put in their place in your soul the virtues that he loves. May you always desire to imitate this Divine Model who has said to us through his word and example: 'always do what pleases my Father.

The reasons I do not believe in lost vocations may be put into points. How about some blue ink here.

1) St. Thomas More stated that whatever happens is God's Will.

2) God's Will is not clear for some people and that is part of their journey to Him.

3) Humility is found in desiring one thing and being asked to do another.

4) Humility is the basis for perfection and if accepting a life chosen by God even through illness, or lack of stamina, or poor vocation directors, or bad bishops, (as some of my male friends have expressed), or being kicked out of seminary for being too orthodox, and so on, so be it. God's ways are not our ways.

5) Humility means accepting one's role in the Church Militant whatever that may be and that could mean writing blogs, and living in the big, bad world instead of being in a monastery.

6) And, here is a huge consideration. God gave us our talents AND our limitations. We must accept both.

7) No lost vocations, just different ones--the saints are as varied as flowers in a garden. Maybe one has a vocation not to fit anywhere, like St. Benedict Labre, or Blessed Margaret of Castello, saints of the outside.

8) Maybe part of one's suffering, if one does feel like one does not belong in the world, or lay person, is just that fact-living in the world but not being of it-a sign of contradiction in the world felt more keenly than by most lay persons. This could be the cross of one's life, so accept it whole-heartedly.

9) Lastly, self-knowledge is the beginning of wisdom and humility. St. Augustine writes a great deal on self-knowledge and we cannot even begin the road to perfection without begging for this. Here one of his quotations....

If one is talking to me about the fact that they are a lost vocation, I can encourage them in looking at what God really wants them to do with their lives. God make new doughnuts everyday.

BTW, my grandma, my mom and I used to make doughnuts at home...great fun.

May I add that we are living in times when the usual rules and ideals on vocations have changed so drastically, that God is pleased if we are true to the Faith-persevere where ever you are.

Email ThisBlogThis!Share to TwitterShare to FacebookShare to Pinterest
Labels: doughnuts

Posted by Supertradmum
This is on the side of the blog and has been posted recently.

Get A Coffee And Read

Posted by Supertradmum
I have over twenty posts for the past three days, so readers can catch up today. As most of my readers know, I love birds and am a bird-watcher. But, I have noticed something very odd about central Dublin. Unlike in London, where there are song birds in the back of most houses and in the parks. Dublin has no song birds. In almost three weeks here, I have heard only one.

Does anyone know why there are no song birds? Is it because there is so much countryside around that these beautiful songsters do not come into the city? This fact disturbs me.

Also, in this time, I have not seen one cat. I have seen and heard three dogs, but no cats. This is also amazing. At least one cat passed the hospital doors two days ago when we were waiting for Royal Baby news.

Posted by Supertradmum
Gets better as it goes along.....