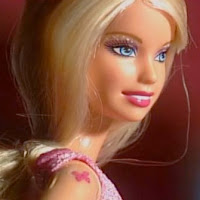 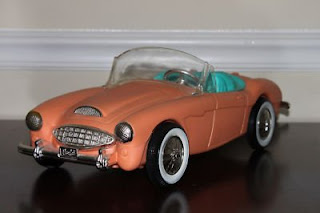 Repost of the five most popular STM posts For a long time, I have been pondering the effect of too much entertainment in the Western cultures. I cannot
speak of other cultures, but it is clear to me that the preoccupation with sports, movies, computer games, and
other forms of entertainment cause a blindness to the growth of the spiritual life not only among youth, but those of middle age and elderly people.

I hope my readers can see through these problems and be honest with themselves concerning the amount of time
and money which is spent on entertainment.

Now, there are novels and movies which teach morals and may be helpful for people to understand the spiritual life
and the need for redemption in humanity. We all know these great books and some of the movies which have been made from them.

However, entertainment takes us away from the real reason we are here, to become holy, to gain salvation, to
become one with Christ and to lead others to Christ.

I have shared on this blog the great insight of Thomas Merton on the biggest danger of television-that the passivity which one approaches tv is the aspect, the gift of the mind and soul for passive prayer. The television takes over
this part of the human soul and mind and perverts the natural course of learning to be passive in the Presence of
God.

"I am certainly no judge of television, since I have never watched it. All I know is that there is a sufficiently general agreement, among men whose judgment I respect, that commercial television is degraded, meretricious and
absurd. Certainly it would seem that TV could become a kind of unnatural surrogate for contemplation: a
completely inert subjection to vulgar images, a descent to a sub-natural passivity rather than an ascent to a
supremely active passivity in understanding and love. It would seem that television should be used with extreme
care and discrimination by anyone who might hope to take interior life seriously." (86) Seeds of Contemplation

But, more than that, the actual act of passivity, the interaction of the passive and the soul, is being destroyed
by this incursion into a part of us created by God to bring us into union with Him.

How much time do I spend in prayer, learning to be passive before God in order to be purified and to receive His
Love?

Do I clutter my imagination and my soul with too many statistics, too many games, too many hours of
entertainment?

Who are these people who do these things?

Repost of five most popular posts

I taught for many, many years. I taught the creme de la creme at Notre Dame and Bristol as well as
at risk students. I loved my students and enjoyed teaching to the very last day, late in December, 2010.
I was teaching three classes that last semester at two different campuses. In one of the classes, I had at risk students. These were students who were coming from families in which no one has been to college before,
and there were special needs. Sometimes these students had a history of failures, and this was their last chance
to pass core courses. Sometimes they were coming out of drug addictions, or abusive families.

In that class, there was a young woman
who was struggling from day one. Despite
tutoring and time management help, she
could not keep up with the work. Her work
was consistently substandard. She just
could not manage the level and demands
of the course.

One day, I called her aside. She was very upset at yet another failed paper. She was beside herself, as nothing,
not extra attention or tutoring had helped.
She was an unhappy person. I said to her,

"This course is too hard for you. Why are you in nursing, which demands this course? How are you doing in your
other courses?"  She told me all the courses required for nursing were too hard for her. She was failing three
classes. She told me that her college counselor and her family wanted her to be a nurse.

"What do you want to do?" I asked her. She looked at me surprised. "I want to work in a pre-school and be a
teacher's assistant. That is what I really want to do, work with little children."

I told her that she should do what she wanted to do, what was on her heart. She told me that people wanted her to make more money, get a better, higher degree.

"You cannot do that, " I told her, knowing that she had neither the talents nor will for a more rigorous set of courses. "You are a wonderful person and you do not have to prove yourself to anyone. You can be and do what is in your heart," I said. 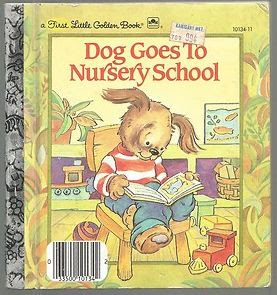 The young woman began to cry, "No one has ever talked to
me like this before," she said. "No one has asked me what I wanted to do and what I could do. I felt inferior and that I had
to do these hard things. No one has told me I was worth anything."

I told her to go down to the academic counselor's office and change majors. Her whole face lit up. It was as if a heavy
burden had left her.

"You will be a good and happy person no matter what you do, but you must be who you are."  I said.

She was so thankful, I could hardly keep from tears myself.

She needed permission to be herself.

Once it dawned on her that being a teacher's assistant was not only acceptable, but a good course for her to follow, she changed from a sad person into one with hope in her face. She knew what she was capable of doing, and I
did as well.

I am sure she is happy being the person God created her to be.

Pretending to be something else than what one is created to be may be pride. It may be that no one has allowed one to be second best instead of the best. It could be that no one has touched the inner dreams, but only made someone else into another's own image and likeness. Parents do this. Some spouses do this.

Humility is self-knowledge. It is also freedom. This young woman was happy to be herself, and she was happy to be allowed to be herself. How many young people are forced into the image and likeness of their parents, instead of the parent really seeing who the child is and what talents
God has given that person?

Affirmation cannot be imposed, but comes from humility-the humility of a student, a parent, even a teacher. When we are honest about who we are, the talents
given to us, the small things God has asked us to do,
we shall not only be happier, but spread that
happiness to others.

I have seen many young people ruined by their
parents' expectations. I have heard the pain in their
voices when they told me that their parents would
pay for medical school, but not for something less,
and they did not want to be doctors.

The tyranny of a parent's expectations can kill real talents. I know a man who is a very gifted artist. But,
his family insisted that he would go into the family line of engineering. This man has never been happy with himself,
or his role in society. He did not have the courage to buck the trend, to say, "This is who I am, a painter, not an engineer."

It is the duty of parents to pray and ask God to reveal the gifts of their children and then to cooperate with God in developing those gifts. Sometimes, there is too much family pride to admit that a daughter really wants to be a
lowly (as her parents thought) teacher's assistant, and is made by God to work with pre-schoolers. Does it matter?