Perfection in The Church


In The Temporal Mission of the Holy Ghost, Cardinal Manning delineates points which prove that the highest form of the use of Reason is the acceptance of Revelation.

Of course, as he notes in this book, this idea contradicts the Rationalists, and the Protestants.

Rationalists maintain that only what can be understood by Reason may be considered valid.

The good Cardinal also notes that the sign of the perfection of Reason is the acceptance of the Revelation of the Catholic Church.

In other words, he underscores the point I have been stressing for several years concerning perfection,that the first step is the acceptance of the Teaching Magisterium of the Church.

In other words, the first rung on the step of perfection is orthodoxy. This has been a theme on this blog for a long time.

Cardinal Manning writes that to submit to the “Voice of the Holy Spirit in the Church is the absolute condition to attain a perfect knowledge of revelation.”

What the Protestants deny is the continual Presence of the Holy Spirit in the Church from the time of Christ to the present day.

The two huge errors in rational thinking may thus be summarized in these notes:

1)      Atheists, agnostics, pagans, those of other “faith” and Protestant cannot begin to climb the road to perfection with assent to orthodoxy, as passed down in the Catholic Church;
2)      Those who belong to Protestant groups which deny orthodoxy in any way are actually denying the work of the Holy Spirit in the world, only fully in and through the Catholic Church.

Cardinal Manning writes that Reason is illuminated by God to bring all to the Catholic Church, and that this “mission” of the Holy Spirit has been entrusted to the Church.

He believes, as I do, that the natural moral laws, which are part of the soul of all humans and part of the conscience of humans, also can lead people to the truth. This is the basis of the seeking of God-moral natural law.

In addition, Cardinal Manning elaborates on the fact that all philosophies point to the truth of the Catholic Church. He also states that nature itself leads one to God and to the truth of the Church. Obviously, the Church has had a missionary effort, until modern times, to help those who have come to some truth to find the fullness of truth.
Cardinal Manning emphasizes that there are not many “Christianities”, but that there is one Christianity and that is Catholicism.

One of the weaknesses in modern catechesis has been the ignoring of the fact that one cannot become perfect, follow the road to perfection, without the acceptance of the Creed and the teaching of the Eucharist.

Also, many Catholics who have fallen away, or even some who attend weekly Mass, move away from orthodoxy in some way. I know one woman in her 80s, who is Irish and believes that the Church is wrong about women priests. She has moved off the road to perfection by adamantly refusing to accept St. John Paul II’s infallible statement on this fact.

To depart from the teaching of the Church interrupts one’s progress. Some step off the ladder because of contraception, divorce and remarriage without annulment, acceptance of homosexual sins, and so on.

One must conform one’s mind to the mind of Christ. Thankfully, if we “fall off the ladder” and repent, God is there is pick us up and lead us onward and upward.

At baptism, one becomes a child of God and heir of heaven. Not until then is one given the virtues necessary for the way of perfection. The Indwelling of the Trinity means that the Catholic who follows Church teaching does so in a unity of grace. Those who deny something which is given through the Holy Spirit to the Church have caused a division in that Indwelling of the Trinity. Manning compares the present day divisions of Protestant faiths with the myriad groups of pagans at the time of the Coming of Christ-and that the Incarnation ended all possible assents to paganism. states that since Satan could no longer tempt those to give up Reason through paganism, that he caused the divisions in the Church through heresies.

Strong words from a great Doctor of the Church and words which are ignored by those involved in false ecumenism.

How have we moved so far from the truth that Protestant sects are not “religions” as states in Dominus Iesus, and that there are few differences in these sects either among themselves or with Catholicism?

How have priests come to accept the fallacy of mixed marriages as not being a serious harm to the growth of perfection and the pursuit of saintliness? There are Hahns who can testify to success in mutual support for conversion.

Cardinal Manning refers to Cyprian on “One God, one Christ, one Church”, as a statement which caused him to realize that moral unity was dying among Christian denominations.

Do we not see this with the almost universal acceptance of divorce and remarriage, homosexual relationships, and contraception among those denominations?

Reason has not lead to a full acceptance of Revelation in the Church because of sin. The “intrinsic anarchy” of the Protestant Revolt continues, which is one reason why the Church cannot canonize either pagans or Protestants. The anarchy of relativism only adds to the institutionalized chaos of those who have chosen to depart from the unity of the Trinity, which is found in and through the Catholic Church only.

Can one be saved outside the Church? Only through the merits of the Church and this puts the onus on all of us to become saints, as we gain the merits for this Church.

More on this excellent book later-- Cardinal Manning’s section on the Church being immutable throughout all ages in knowledge, discernment, and enunciation of the truth is truly exciting reading.

One reason I continue the blog is to make sure Catholics get the “real deal”. For example, a Catholic newspaper which is popular in this area reported serious errors regarding the role of the pope and the supposed new changes that will happen in the Church regarding divorce and remarriage and the reception of Communion.

To put is simply, the newspaper made it seem like the pope was going to change a law, which God Himself ordained. Of course, no pope can do this.

It is highly likely that some diocesan bishops and even cardinals will become schismatic over the issue of those who are divorced and remarried, without annulments, being able to receive the Body and Blood of Christ.

This law of the Church cannot be changed, as those who are in second marriages without annulments are in the state of adultery. However, some media outlets conveniently ignore this fact.

Connected to this point is that the German hierarchy may be pushing this not for pastoral reasons, but for financial reasons, which I pointed out last year.

The Church tax in gives money directly to the religions of the tax-payer. If the tax-payer has left the Church because of an irregular marriage, that person will not be marking their mark on the box marked Catholic.

Ergo, fallen away Catholics, who have chosen to leave the Church of their own free wills, would not, of course, want to give money to the Catholic Church.

To choose to marry outside the Church and leave the safety and security of Catholicism may be a huge decision for some, but, honestly, some ex-Catholics do not care.

Pray for the upcoming conference on the family. I am confident that this pope, as promised to us by Christ Himself, would not perjure himself, or present an idea contrary to Church teaching, based on the Second Person of the Blessed Trinity.

Too many people have no faith in the Holy Spirit guiding the Church. Never in 2,000 plus years of history has a pope made an infallible statement contrary to the teachings of Christ.

If there is to be schism, so be it. This has happened before.

Does anyone think that the Church which survived the English Revolt and the Protestant Revolt will not stand up against the enemies of the Church in 2014?

If you have not listened to Jason Evert on “How to Date Your Soulmate”, please do and pass it on to your teens and college age kids.

This Lighthouse CD is one of the best on how to choose a mate and how to move towards the vocation of marriage.

Teachers should listen to this as well.

Some parishes have this free in the back of the churches.

God bless parents in the raising of their children.

This is worth the time and effort to get it.

No “missionary dating”-which means the girl thinks she is going to change the guy. Nopey, does not happen. “Date a person, not a project.”

He encourages youth to not look for a spouse, but look for God. He said if one runs after God, look who is running with you.


When one is in a place where there is no Internet access, one realizes that many people in never get real news. Those who do not access excellent news sites have nothing with which to compare the horrible news on the television.

The best thing all American Catholics could do is to throw the TVs out and find the real news sources on line.

I wrote about this a long time ago, and I am still amazed at intelligent people using TV as their main news source.

Also, if one is not reading excellent Catholics newspapers or periodicals, again, one is not getting the real deal. 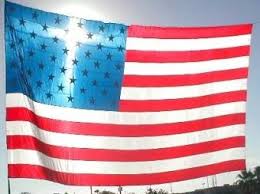 Too much journalism has become “yellow journalism” full of agendas, half-knowledge and even ignorance.

The fact that some Catholics actually accept the media as not being totally antithetical to the Catholic Church amazes me.

One short sentence will do the trick.

The mainstream media hates God and His Church.