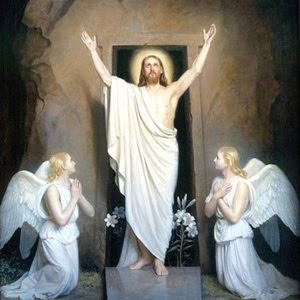 In order to have free will, people must have a center of their being which is independent.

Mortal sin makes us thralls, that is, slaves, of satan. In order to be protected from evil and have the active gifts of wisdom and discernment, one must be in sanctifying grace.

This means regular confession, daily prayer, going to Mass and Adoration as much as possible. This means allowing yourself to be purified.

This means taking time to read the perfection series and the February 24th series.

Only in the Catholic Faith is one truly free.

Stand fast, and be not held again under the yoke of bondage. Galatians 5:1 DR

Email ThisBlogThis!Share to TwitterShare to FacebookShare to Pinterest
Labels: free will

Disgusting Iowan-WDTPRS and some good comments....


Supertradmum says:
13 February 2014 at 3:29 pm
The entire Midwest is dying. This use to be the bread basket of the world and now the entire farming industry is in decline, as well as those manufacturers of agricultural machinery or connected industries. One can “feel ” the death here of the souls of those who voted for Obama, voted for ssm, and are pro-abortion.
The Church in this state has been weakened for decades by homosexuals and pedophiles. It has also been undermined by Liberation Theology and modernist heresies.
The growth of witchcraft and gross paganism in the Midwest and the common use of drugs also add to this death wish of the onetime center of America for morals and church-going people.
Read this….http://supertradmum-etheldredasplace.blogspot.com/2014/02/february-24-303-xv.html if you so desire. I know we are on the cusp of a huge, nationwide change.

On The Growing Evil

One of the most obvious things to me being back in America for three months is the obviously raw evil which is bombarding the people here.

I am not referring to the evils of abortion or same-sex marriage, which is growing. I have never seen such an onslaught of satanism as I have seen in the past two months, such as the real satanic chants on the Grammies and the satanist lyrics of the band which sang at the Super Bowl.

Is anyone paying attention? Does anyone care? If anyone is watching these things on their television, that person is allowing the demons of the air in his or her own home.

Get real! So many leaders are into satanism. An exorcist told me years ago that in some cities in the Midwest, the main governmental leaders, including mayors, were into satanist cults.

Get real! Satan gives temporal power. He gives money. He makes agreement with people who want their own kingdoms on earth.

If you are letting your children watch television, you will be responsible to God for any evil which these children encounter.

Many, many home schoolers do not have televisions.

Computer games are also problems. This is so obvious to see-obvious evil-coming from Europe after three years.

Do not let your own children become hostage in satan's games.

Being killed is not necessarily martyrdom

Some people think that if they are killed by thugs, or anarchists, that they will be martyrs.

A martyr is specifically a person who dies witnessing the Faith of the Catholic Church and Jesus Christ.

In other words, those Christians in Africa and in the Middle East who are actually being killed because they are Christians, are martyrs.

Be ready to face God, but do not be presumptuous about being a martyr.

Posted by Supertradmum
Happy confirmation from, of all saints, St. Etheldreda on the podding post.

To have a pod is to have an ark. A few days of less postings

Posted by Supertradmum
As I have to move again, please take time to read some of the posts labelled persecution, community, and February 24, 303.

I shall not be posting as much in the next two days.


But, I have a few comments on the upcoming release of Noah, which I hope to see and critique on this blog.

First of all, folks, it is a Hollywood production, not a Catholic documentary.

Second of all, Evangelicals, Noah did get drunk-it is in the Scriptures.

Third, the text is written by two Jewish men-this should prove to be interesting, as I for one, want to know how modern day Jews interpret the Biblical Story, which is a true story.

Fourth, I am sure the text is corrupted by modernist ideals. Again, this is Hollywood, not the Vatican making the movie. Look for what is good and be smart enough to see what is not good. I expect to find some good news and some modernist heresies, as well as modern propaganda.

Fifth, Noah was not a superpower hero. He was a man of God. We do not see miracles in the Bible made by him, but the Ark and his listening to God are the miracles, as Noah was obedient in a horrible age of disobedience and evil

"For people who are very literal-minded, it would be great to communicate that the themes of the film are very much in line with the themes of the Bible -- ideas about hope, second chances and family," he says. "If they allow that, they're going to have an incredible experience with the movie. If they don't allow it, it's theirs to lose."  Aronofsky

I would not take children under teen age. And, unless you, parents, have taught them the Catholic truth about Noah, I would not take them at all, even as teens, so as not to confuse them. Simple. Just use your discernment, but it is not for under 13, imho.

Ireland and The Remnant

Posted by Supertradmum
As those who follow this blog know, I lived in Ireland for nine months over the past three years. I was in the convent there for three months, and also lived in a town near Kells, as well as in Dublin for four months.

After watching Michael Voris' excellent news on Ireland, I want to remind all that the real Catholicism we know and love is at the TLM in Dublin, at St. Kevin's Church. There, people will find excellent confessors before the Sunday morning Mass, the sermons are orthodox and hard-hitting. The Mass is beautiful.

I believe the remnant will last because of the Byzantine and TLM communities where orthodoxy is strong.

Here is a photo and the link. http://www.latinmassdublin.ie/


William Estrada, Director of Federal Relations for the Home School Legal Defense Association (HSLDA), says that Cruz is showing leadership in reaching out to homeschooling families.
“Studies have shown that homeschool families and graduates are more likely to be politically involved than the general public,” Estrada told Breitbart News.
“As homeschooling continues to grow, we expect that more elected officials will reach out to the homeschool community,” he added. “HSLDA applauds Senator Cruz' leadership in reaching out to the homeschool community. We can only hope that more elected officials - from both sides of the political aisle - will spend time talking to homeschool families.”
Research from a variety of sources demonstrates that homeschool graduates tend to be more involved in politics and engaged in civic and community activities than the general population.
In 2003, Dr. Brian Ray, president of the National Home Education Research Institute (NHERI) found that only 4.2% of homeschool graduates surveyed considered politics and government too complicated to understand, compared to 35% of U.S. adults, an outcome that could account for why homeschool graduates work for candidates, contribute to campaigns, and vote in much higher percentages than the general population of the United States.

Choosing between food and meds

For many poor seniors, like myself, one must choose between paying for meds and other things. Without generous readers of this blog, I would not be able to have cataract ops next month as I cannot afford the pre and post op meds.

Monthly, I have to decide what not to buy as I have two crucial meds I take daily, which are not optional.

I was talking with a sibling who was shocked at how much Medicare costs. I wanted to continue the discussion to include the truth that this administration wants to destroy Medicare and have people on Medicaid instead, which has less choices and more government control.

Some seniors must choose between food and meds.

The very young and the very old are the most vulnerable in America today.

It is so sad for me to see the erosion of TLC in the medical system, which use to be the best in the world.

Posted by Supertradmum
From the book The Rite: a reminder to those into false deliverance ministries.

"The earliest mention of the office of exorcist is perhaps in a letter written  by Pope Corneliu (251-252) stating that in the Church of Rome there were fifty-two exorcists, lectors and doorkeepers. Around the fourth century a series of steps were taken to give the bishops more control over the nominating process. The Council of Laodicea in the middle of the fourth century established a canon prohibiting all individuals from performing an exorcism unless appointed by their bishop."

Anything else is disobedience and a falling into Protestantism. If you have been involved or gone to such prayer meetings, especially among charismatics, I highly suggest discussing this an orthodox priest, not a charismatic one.

Hmm going around the Net...