Posted by Supertradmum
If you know the sad, sad story of Cassandra, you will know that she was a prophet, but was cursed so that no one believed her.

In 2009, I told friends that this president would start a war on purpose in order to finally make America into a complete socialist state, no longer a republic, but one far from the brilliant writers of the Constitution. I said he would make America into a pagan nation, destroy free speech and freedom of religion out of his hatred for the Truth. I sad he wanted a tyranny joined to one, world government. That was more than four years ago. A short time in history but long enough to have had time to stop the now inevitable....

I am not writing this to say I told you so, but to grieve that people voted him in again, after I warned people about him in 2007 before the first election. I wrote tons on this man and his background for months and months-2007-2009.

Dr. Sanity stopped writing after this last presidential election. Perhaps she has more sense than I do. She is a genius and I am not. I wrote about her here

Etheldredasplace: Wow, where is Dr Sanity when we need her?

Etheldredasplace: Read this, please
11 Mar 2012
... not read any other blog in America except the great Fr. Z's, may I again suggest a look at Dr. Sanity. Check this out for style and brilliance. http://drsanity.blogspot.com/2012/03/obamas-duplicitous-stance-toward-israel.html.
http://supertradmum-etheldredasplace.blogspot.com/

But, I am a Cassandra, not one wanting to say the future will be one, world government with tyrannies suppressing the great enemy of deceit-the one, holy, Catholic and apostolic Church.

If America goes into war, I can say I told you so, but not with any false pride or joy. So Jeremiah told the Israelites not to listen to false prophets, nor to trust the Assyrians. He told them to repent of idolatry.

I have not heard one bishop's conference ask for a turning away from idolatry. The coming day of fasting and prayer called by the Pope is a beginning, only.

I have been mentally prepared for chaos in Europe and catastrophe in America and have tried since 2007 to warn people about the coming great trial of the People of God.

I can do no more.

The Evil of Deception at The Highest Levels

If you are not following RT, start now. Do you think you will get honest news from the American main stream media?

The nun said the rebels had taken over the Safir hotel atop a mountain overlooking the village and where shelling from there. "It's a war. It has been going from 6 a.m. in the morning," she said from her convent.The said the convent houses 13 nuns and 27 orphans. She said around 80 people from the village had come to the convent for safety.

more on the link

Posted by Supertradmum
France24 is saying a vote for going into Syria will happen as early as Monday in the States. Call your Senators and Representatives now. Say NO.

The United States could be making a huge mistake leading to WWIII.

A Note to American Parents from Europe

I was a teen and in college when the VietNam war was raging. One of my brothers failed the physical, or he would have been drafted. He has very bad eyes from birth.

The draft meant that all young men had to be considered for war duty between the ages of 18-25. This post is not on the value or reasons for that war. The present generations do not understand all the evils and this is not the place to discuss those.

I want to prepare Catholic parents for the possibility of seeing their young men sent off to wars which are not our wars.

Some wars are "our wars".  If we are attacked, as at Pearl Habour, that was a war which demanded our involvement. The take over of Europe in WWII was "our war", but not WWI. One can make distinctions.

However, the problem is not the wars but whether your children are prepared for their possible involvement.

Have you trained your children in the virtues?

Are they courageous, strong minded and truthful?

Are they clear on how to make moral judgements?

Do your children love the Church and Christ enough to die for Her, Him?

The Church has also had a small, but real strain of passive resistance when dealing with unjust wars.

Do your children understand the difference between unjust and just wars?

Do they understand the real Crusades and not modern, revisionist history?

Passive resistance is not merely something which applies to one war. It is a way of life, as in the Amish communities. If one pursues that route, one must be brutally honest about one's self. One cannot be hypocritical about passive resistance.

Would one defend his or her family against aggression?

Also prepare your children by studying the great minds of the Church on war. St. Thomas Aquinas is the best. Sadly, we are woefully lacking in moral theologians in our time. Woefully.

I was against the Iraq War even before it started. I almost lost a job in a Catholic institution for this stand. I was called on to defend my position in front of members of the administration. They could not argue with Aquinas on preemptive strikes, although we continued to agree to disagree. I have been against all involvement in the Middle East unless we are directly attacked.

In my old blog, I wrote that preemptive wars are unjust, not merited, morally wrong.

America getting involved in other people's civil wars, or tribal wars, or sectarian wars, is unjust.

The West needs to face gross hypocrisy concerning involvement in the Middle East. There can be only one reason why the administration feels a need to get involved.

I am also pro-Israel, but only a just war supporter.

BTW, I predicted in 2009 that this current president would call a draft for some reason. He is pro-draft.

Make sure you and your children are not knee-jerk supporters of policies. Make sure they think like Catholics.

Worth Reading As Are Some of The Comments

And, two of mine you may have missed

A lone voice of reason, always 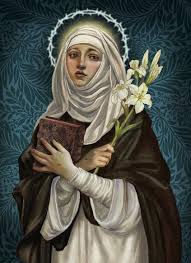 When my son was little, one of his favourite stories was from a teeny-tiny book series in a teeny-tiny box sleeve, called, The Nutshell Library, with Alligators All Around, Chicken Soup with Rice, One was Johnny, and Pierre.

The story was Pierre, about a naughty, rude and bored boy who finds out how to care after he meets a hungry lion. It was labelled as a Cautionary Tale.

Now, there are many types of people who say "I don't care":
cynics, bored people, disobedient, rude children, selfish-centered ones, and so on.

The problem is that more and more people are beginning to sound like Pierre saying, "I don't care." What is this? Depression? Apathy?

I have even met priests in the past several years, who when one points out a serious problem affecting people in the parish, such would reply "I don't care." That would be the ostrich approach to solving problems, of course.

But, of late, it is the older people from whom I am hearing "I don't care" which is really sad. Old people, even older than I am, have wisdom and grace and all kinds of good things to give. When they fall into cynicism or apathy, or weariness, the entire community loses continuity.

The spoiled brats of today may turn into some good people, after a few knocks in the world, or epiphanies. But, when older people fall into this mind-set, one worries, will they ever get out of this cynicism or apathy before they die?

To face meeting the Maker with an I don't care attitude would not be a sign of predilection.