On the Lunge Line 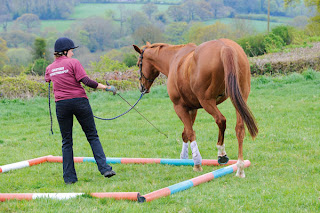 Virtue is an extension of the interior life of the spirit. Narcissism is a result of many things, including a lack of discipline, as well as an inherited disorder. Narcissism can be taught. Some of the  children of today believe that the world revolves around them and that their parents are there to meet their needs. This narcissism has been created by the lack of parental authority in families Many parents praise their children without the children earning the praise. This is the irony of the over-use of the self-esteem. Like a horse on a lunge line, one needs to break the will, but not the spirit. The life of the virtue cannot be taught until the will is under an authority. The life of virtue follows the breaking away of a life of the habit of sin. Habitual sin must be broken before a child can develop the virtues. But, an emphasis on the virtues is necessary and the earlier a child learns kindness, humility, charity, honesty and the other virtues the better. 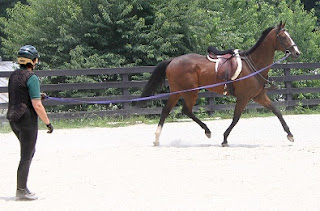 Habits learned early create a happier adolescent time. Children need to learn and love boundaries. Boundaries and virtues go together. The so-called modern idea that children can express anger or hatred without compunction creates a child without boundaries. How far have we moved away from natural law and the common sense rearing of children is too sadly seen in deviant behavior. The popular anarchist movement, in my mind, is connected to this lack of boundaries and lack of virtue. We only have ourselves to blame as parents if there is now one or two generations of children who have and are being raised without virtues. If the parent is not honest with himself or herself with regard to sin and perfection, the children will follow in the sad footsteps of those who do not understand the interior life. The interior life can only be won with discipline and dying to self. Such a journey must be part of child-raising by parents who have gone before them in mercy and justice.