The popular heresy of no pensar nada 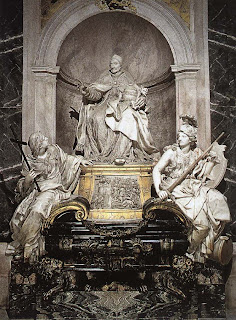 I have been concerned about a tendency in a certain generation, or generations of Catholics regarding the heresy of Quietism. Now, this heresy results in two effects, which basically separates those who seek the Kingdom of God, from those who merely want religious experiences. However, the most drastic effect is to create a group of Catholics who are passive.

The laity are not called to passivity.

One of my favorite sites online is the Papal Encyclical one. Here is the link the Coelestis Pastor on Quietism. I shall list the errors of Molinos here and highlight some I am meeting in particularly younger Catholics, ages 50-35. I find this trend is weakening parish life and the Church. Here is the long list from the letter from the Pope, Innocent XI, 20 November, 1687.


I am going to highlight a few today and a few later.

Firstly, the danger of non-commitment, which is also connected to the more modern error of Existentialism.
3. Vows about doing something are impediments to perfection.


Secondly, the denial of the use of reason in the spiritual life-the vast majority of Catholics I meet have not read encyclicals, the CCC, or even local letters from the bishops.


6. The interior way is that in which neither light, nor love, nor resignation is recognized, and it is not necessary to understand God, and in this way one makes progress correctly.


I partly blame the Charismatic Movement for this and believe that movement, at least in some areas. has led to Quietism.

Thirdly, the most common heresy today is the belief in Universal Salvation. Quietism separates the end goal of our lives from prayer and effort.


7. A soul ought to consider neither the reward, nor punishment, nor paradise, nor hell, nor death, nor eternity.


Next, we all need a spiritual director or regular confessor in order not to fall into deceit.

8. He ought not to wish to know whether he is progressing according to the will of God, or whether or not with the same resigned will he stands still; nor is it necessary that he wish to know his own state or his own nothingness; but he ought to remain as an inanimate body.


Fifthly, the idea of scandal, which is practically gone from our societies, is ignored in Quietism. This is serious, as many Catholics scandalize others by contraception, fornication, pro-gay beliefs, etc. and think nothing of the consequences. We have seen many, many example of this in the past week.

9. The soul ought not to remember either itself, or God, or anything whatsoever, and in the interior life all reflection is harmful, even reflection upon its human actions and upon its own defects.


And, one idea I meet almost daily in conversation with Catholics, is the Protestant belief in the one-time giving of our wills to God which supposedly solidifies salvation. This idea is prominent here in England among some Catholics, who do not understand the need for the sacramental life.

12. He who gives his own free will to God should care about nothing, neither about hell, nor about heaven; neither ought he to have a desire for his own perfection, nor for virtues, nor his own sanctity, nor his own salvation-the hope of which he ought to remove.