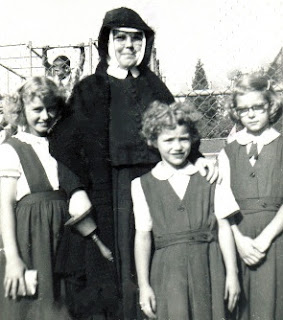 The vocations crisis to the priesthood and religious life looks as if it is abating, slowly but surely. Numbers are up in several countries in the West and some seminaries are full enough not to be able to take in any more young men this year. The seminaries for older vocations have seen a rise in students as well. The Bade in Rome, I have been told, is full as well as such seminaries in the States.

However, there is another vocation crisis which has not been highlighted as much in the Catholic press and that is the vocation to marriage. Marriages among Catholics are at an all time low, with many couples either leaving the Church or cohabitating without marriage. The larger issue are the number of young people who are not even considering getting married, as well as older men and women who are living a single, unconsecrated and secular life.

I believe there are three reasons for the lack of marriage vocations, which may apply to those of the priesthood and religious life.

The first is what some people in conversation call the "lost vocation". A friend of mine, a young man in his thirties, claims he is a lost vocation, as does another friend of mine in his early forties. What they mean is that they applied and were refused by one bishop and did not try another diocese. Why, I do not know, as I do know some seminarians and even ordained priests, who when refused by one bishop, or vocations director, went on to apply elsewhere, were accepted and are now either in the seminary or ordained--good men all. 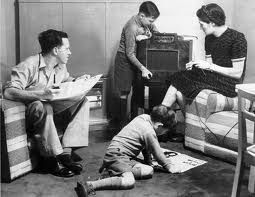 A "lost vocation" in marriage could mean that a man asked one woman to get married and she said no or that a woman was never asked. This does happen. Unrequited love is the stuff of history as well as novels. A mystery surrounds the concept of unrequited love, such as, can one fall in love with the wrong person? I think not. Therefore, let us move on to the other categories.

A blocked vocation to marriage (or even to the priesthood or religious life) is a personal psychological or even spiritual bar to the acceptance. For example, I know many young people under thirty-five, who have been raised in such an individualistic atmosphere, or who are afraid of intimacy, or who do not want children, who have refused to consider marriage as a vocation. I wrote about this with regard to the Japanese on this blog many months ago.
http://supertradmum-etheldredasplace.blogspot.co.uk/2012/01/narcissism-is-destroying-japan.html

Many young people and not-so-young have blocks to marriage which have been caused by trauma, unhappy home lives, or confusion about their own lives. A trauma could be the divorce of parents, the early death of a parent, (a mom's early death is a common story in the lives of the saints, by the way), alcoholism, drug abuse, or even physical or sexual abuse. Unhappy homes wherein a young person witnessed and lived with parents who did not learn to love each other could be another blockage. These events could cause a fear of intimacy, as intimacy requires risk and an openness to existential pain as well as love. M. Scott Peck, in one of his excellent books, wrote about a young woman who was depressed, but so afraid of love and a relationship, that she said "no" to her vocation. This type of blockage is more and more common in today's fragmented world.

There can even be an inordinate fear of the world, or the future leading to an unwillingness to engage in the world through marriage and children, or to be involved in history, the future. One young lady told me years ago that she was not going to get married or have children because the world was so bad. How sad, as she denied herself and the world, love and life. 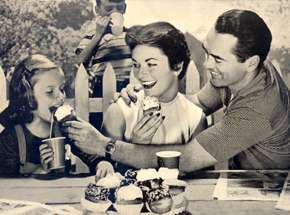 Individualism can also lead to selfishness and the unwillingness to share a life with someone else, but I think this is a rare situation, but may be growing in our societies of entitlement philosophy. "Why should I get married", a young person stated, "I have everything I need and want". The older son at home is an example of this type of "peter pan" syndrome, which I have written about in two previous blogs found here below on the links. I have a few other references to this theme in other blogs are teaching boys to be men, but these are the main ideas:


Men and women have to decide to grow up.

The fear of commitment lies in the psychological fears from such events as partially listed here. Blockages can be removed, as I have witnessed this is peoples' lives, through prayer, healing, the frequent reception of the sacraments, especially Holy Communion, and the life of the virtues.

It is our duty as adults to let God remove blockages in our lives and be healed in order to be what He intended us to be, as a vocation is not about DOING, but about BEING. See my long series on Love and the Pope's Encyclical Deus Caritas Est. I did a long examination of this just weeks ago, and you can follow the series below, starting here:


As adults, our way to God is determined by God in our call, our vocation. To say "yes" to a vocation to marriage is to say "yes" to God, humbly recognizing that He made us to be a certain person for His Honor and Glory.

In fact, others rely on us fulfilling our vocations in the world. The Kingdom of God is advanced by adults deciding to cooperate with God in His Plan for the Church and for us individually.

Like concentric circles in a pond, our affirmations of our vocations touch the lives of others in the Church and in the world. 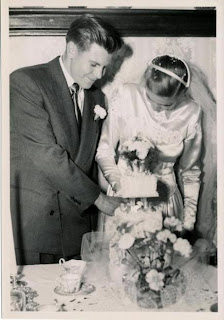 That blockages can and must be removed, with suffering, of course, is the hope of all Christians. To be what we are called to be forms a cooperation with grace. Only life and joy can result.

The last point covered today is the unanswered vocation. As long as a person is confused, he or she cannot answer the call from God. Confusion is only one reason for the unanswered vocation, however. I separate this category from the first two, lost and blocked, as this could be simply an act of the will wherein one says "no" to God. I have met both single persons and married persons who refused to have children, preferring to live a contracepting lifestyle. This is a huge negative decision, impacting their souls, the Church, and, indeed, the world. That a healthy, comfortable person would say "no" to God in a vocation or to a vocation to marriage is almost as serious as the unforgivable sin of denying the works of the Holy Spirit. Fear is part of the first two reasons for negation, but the last reason, in the unanswered vocation, is rebellion. No is an answer, however.

I appeal to all youth and even those who are older and still confused about their vocations to pray through to a resolution and not merely "let things happen" by chance. We have free will and are meant to use it in conformity with a well-trained conscience. God wants us to be happy and to be the person He created.

Do not be afraid, I say to all. Be open to others. Do not live in isolation. Let God be God in your lives. Choose life, not death. Choose love; to love and be loved. That is the call of Christ in your lives.