Freedom of Speech and Communication Will Vanish 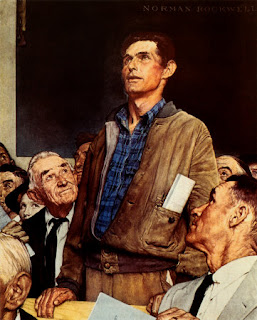 America is no longer the land of the free. DHS emergency powers give the president to control your cell phone provider in an emergency.

Not because of an emergency, but to control the population and make it harder for free men and women to act. Make no mistake, this is tyranny. If you do not think this is really serious, read the entire article of which this is a snippet. America is fading into a bloated, communist government.

Homeland Security Secretary Janet A. Napolitano....(said) “shall … satisfy [federal] priority communications requirements through the use of commercial, government, and privately owned communications resources.”
“The previous orders did not give DHS those authorities over private and commercial networks,” Ms. Stepanovich said. “That’s a new authority.”
“This should have been done by Congress, so there could have been proper debate about it,” she added. “This is not authority that should be granted by executive order.”
Ms. Hayden said the legal basis for the order is Section 706 of the 1934 Communications Act. The section authorizes the president to “cause the closing of any facility or station for wire communication” and gives him “control of any such facility or station” if a state of war, or the threat of one, exists.
The new order “extends Section 706 powers to the Internet,” said James Harper, an electronic-privacy advocate at the Cato Institute, a libertarian think tank.
The authorities “might have made sense in the 1930s,” but now the communication networks are too complex and interdependent, he said. “If you try to seize control of the Internet that way, you will break it.”
Under the previous executive orders, communications providers have long established priority access programs for federal users. In the telephone system, a special code the user inputs before dialing a number automatically tells the phone companies’ equipment to give the call priority.
“Mobile phones, the Internet, and social media are all now integral to the communications landscape,” Ms. Hayden said.