The Greatest Man to Be Born 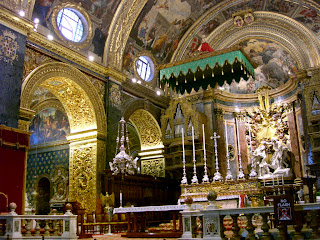 "Behold, I send My messenger before Your face, who will prepare Your way before You.’ Truly, I say to you, among those born of women there has not arisen anyone greater than John the Baptist; yet he who is least in the kingdom of heaven is greater than he."
Matthew 11:9-11

John the Baptist is one of my favourite saints. The Eastern Church seems to have a greater love and honour for this extraordinary man than we do in the West. He was born without original sin, as he received the Holy Spirit at the Visitation of  Mary to Elizabeth--not conceived without Original Sin, but born with grace. He is the great prophet foretold throughout the Old Testament, the Precursor of God the Son. We overlook St. John's greatness and his clarity of vision regarding sin and repentance. As we approach Advent, we should have his words ringing in our ears; Matthew 11: 9-11, as seen above. In these times, the Way of the Lord must include repentance and renewal of our hearts and minds and souls. I have written on him before in recent months. But, one cannot honour him too much. He is one of only three in the Kingdom of God for which we honour his birthday-Christ, the Son of God, Mary the Mother of God, and John, the Precursor. His feast day is one of the oldest in the Church, dating back to the earliest centuries of Christendom. His special status is based on Scripture, not private revelation, and by the words of Christ, the Son of God Himself.

The commemoration of his Nativity is one of the oldest feasts, if not the oldest feast, introduced into both the Greek and Latin liturgies to honour a saint. But why is the feast proper, as it were, of St. John on the day of his nativity, whereas with other saints it is the day of their death? Because it was meant that the birth of him who, unlike the rest, was "filled with the Holy Ghost even from his mother's womb", should be signalized as a day of triumph. The celebration of the Decollation of John the Baptist, on 29 August, enjoys almost the same antiquity.

St. John the Baptist, give us the strength to speak the Truth in all places, at all times, with all people.