There has been, of late, too much grousing among some bloggers. Now, unless there is heresy, I think bloggers should rant and rave to their little old hearts' content. However, complaints or worse, misunderstandings, have become nasty.

I do not mind criticism, unless it is ad hominem, as that is really boring.

But, I do mind when the prophets and priests are being stoned, virtually.

I shall not go into detail, but there is a growing division among Catholic bloggers.

Now, I do not expect much from the liberals except complaints, but when so-called neo-con Catholics begin to throw the virtual stones at such as Voris, Fr. Z, and yes, little old me for being strong in the Faith and not compromising, well, I guess all I can say is that I am very glad to be in good company.

Recently, it was brought to my attention by a reader that some tweets against me were whizzing around twitterdom. I missed all of these, so I guess that is OK, and I shall not go out looking for such.

The anti-Voris camp has grown steadily and that group just does not get it that if Jeremiah were alive today, the complainers would absolutely HATE him. 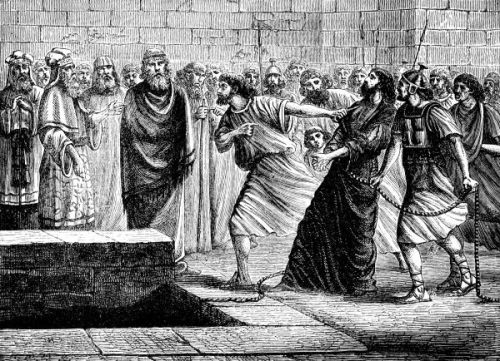 So much for buried loincloths...

Unless those in the Church realize that there are many different types of gifts and that some people are prophets, who are supposed to stir up the conscience and cause a stir, well.... 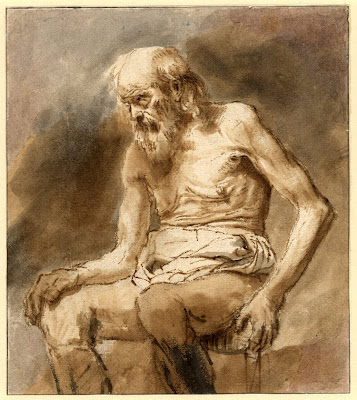 Jeremiah 131The LORD said to me: Go buy yourself a linen loincloth; wear it on your loins, but do not put it in water.2I bought the loincloth, as the LORD commanded, and put it on.3A second time the word of the LORD came to me thus:4Take the loincloth which you bought and are wearing, and go at once to the Perath; hide it there in a cleft of the rock.5Obedient to the LORD’s command, I went to the Perath and buried the loincloth.6After a long time, the LORD said to me: Go now to the Perath and fetch the loincloth which I told you to hide there.7So I went to the Perath, looked for the loincloth and took it from the place I had hidden it. But it was rotted, good for nothing!8Then the word came to me from the LORD:9Thus says the LORD: So also I will allow the pride of Judah to rot, the great pride of Jerusalem.10This wicked people who refuse to obey my words, who walk in the stubbornness of their hearts and follow other gods, serving and worshiping them, will be like this loincloth, good for nothing.11For, as the loincloth clings to a man’s loins, so I made the whole house of Israel and the whole house of Judah cling to me—oracle of the LORD—to be my people, my fame, my praise, my glory. But they did not listen.