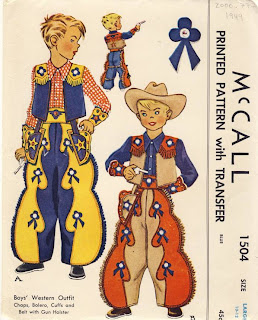 When we were kids, it was very common to play cowboys, or cowgirls and Indians, which now, of course, is politically incorrect. If we were "shot", we had to lay down and be quiet until we counted to ten and then get up and join the game again.

Some kids played cops and robbers. We never hurt anyone, or anything, except the dandelions we landed on when "dead".

People from that group are scientists, doctors, teachers, engineers and none of them have shot anyone.

Now, we have a school district in Maryland suspending boys for playing cops and robbers.

Good grief. Read this below. I grew up getting the Jack and Jill Magazine, an example of this is below. We were and are normal, well-adjusted adults.

But, we also have a sense of right and wrong....

This is like a friend of mine who did not want her boy growing up with male stereotypical toys. So, the child had no cars or trucks.

One day, in his little chair, at about age two and one-half, he chewed his piece of toast into a car and started saying "zoom-zoom". She gave up and went back to common sense instead of ideologies in raising her kids.

Here is the "gun" which caused another incident, here depicted.

January 19, 2013 by Dan Mitchell
It appears that my contest between the United States and United Kingdom for the most inane government policy how has to be augmented by a new contest between Maryland and Pennsylvania.
Just yesterday, I mocked Maryland officials for suspending two little boys for the horrific crime of playing cops and robbers (and noted that this is not the first time such stupidity has been displayed by Maryland school officials). 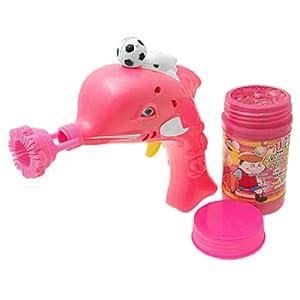 Preferred Weapon of al Qaeda
Apparently, the pencil-neck bureaucrats in Pennsylvania are jealous that their neighbors are getting a lot of attention, so they’ve branded a five-year old girl as a terrorist threat for talking about her pink toy gun that shoots bubbles.
Yes, bubbles.
Here are some of the absurd details from a local news report.

Talking with a friend about a pink toy bubble gun got a five-year-old kindergarten girl in the Mount Carmel Area School District labeled as a terrorist threat, according to an attorney.The incident occurred Jan. 10 while the girl was waiting in line for a school bus, said Robin Ficker, the Maryland lawyer retained by the girl’s family. …Talking with a friend, the girl said something to the effect “I’m going to shoot you and I will shoot myself” in reference to the device that shoots out bubbles.