A commentator on CNN actually said  something insightful. He said that Catholics believe that God already knows who the next Pope is (of course, we know God knows everything) but it is he role of the Cardinals to find out God's choice. Interesting.

Cardinal Dolan is being interviewed on CNN, who thanked CNN for its interest.

Cardinal Dolan said it was somber and sad to talk to the Pope for the last time as Pope. Dolan also said he looks very fragile. The Pope does look frail.

The Pope's comment that he would give his complete obedience to the next Pope struck Dolan as poignant. Tweeters agreed, as that phrase went around the world this morning.

Dolan says he is on his mom's list to be the next pope.

The Cardinal said that at this point the Cardinals are grieving. Then, the Cardinals will talk about issues. He also said they look for qualities---he said he would look for a man who reminds us of Jesus. 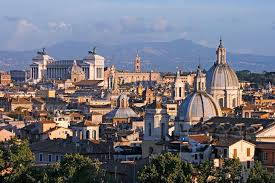 Dolan said that because we are talking about a shepherd, a pastor, the new pope would have to pray; he also wants a pope who wants to trust the other cardinals and bishops. He used the term "collegiality".

The call to purity was mentioned by the Church. Yes...

Dolan said we have to work on the Sacrament of Marriage. But, in response to a question, Dolan said that there would be no change in priests getting married. He reminded the reporter that the mission of the pope is to conserve, not to change. 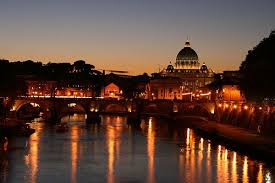 Dolan said the pope can change the way the teaching is opened, or "packaged", but the main teaching does not change.

The Cardinal noted that the duty of the pope to preserve the teachings of the Church.

He said there has to be a renewal of holiness, purity and renewal in the Church.

Amen. Of course, the abuse scandals were a great part of this interview. Nothing new there....Cardinal Dolan said there are some groups which are never happy with what the Church does. He also said that what the Church is doing now is good, there is a rigour, and that is laudable.

He did say the Church can never say thank God that's over with regard to the sex abuse scandals.

Deep theological insights masked as simplicity is a paraphrase of what Cardinal Dolan said was one of  Pope Benedict's gifts to the Church.

More in a few minutes.