Posted by Supertradmum
Continuing our discussion using Boyer and Brumley, I am moving to the points about grace. First, Brumley again.

Sola Scriptura vs. Church and Tradition. Bouyer also sees a negative principle that the Reformation unnecessarily associated with sola Scripturaor the sovereignty of the Bible. Yes, the Bible alone is the Word of God in the sense that only the Bible is divinely inspired. And yes the Bible’s authority is supreme in the sense that neither the Church nor the Church’s Tradition "trumps" Scripture. But that doesn’t mean that the Word of God in an authoritative form is found only in the Bible, for the Word of God can be communicated in a non-inspired, yet authoritative form as well. Nor does it mean that there can be no authoritative interpreter of the Bible (the Magisterium) or authoritative interpretation of biblical doctrine (Tradition). Repudiation of the Church’s authority and Tradition simply doesn’t follow from the premise of Scripture’s supremacy as the inspired Word of God. Furthermore, the Tradition and authority of the Church are required to determine the canon of the Bible.
Luther and Calvin did not follow the Radical Reformation in rejecting any role for Church authority or Tradition altogether. But they radically truncated such a role. Furthermore, they provided no means by which the Church, as a community of believers, could determine when the Bible was being authentically interpreted or who within the community had the right to make such a determination for the community. In this way, they ultimately undercut the supremacy of the Bible, for they provided no means by which the supreme authority of the Bible could, in fact, be exercised in the Church as a whole. The Bible’s authority extended only so far as the individual believer’s interpretation of it allowed...

Catholics have responsibilities as well. One major responsibility is to be sure they have fully embraced their own Church’s teaching on the gratuitousness of salvation and the supremacy of the Bible. As Bouyer writes, "Catholics are in fact too prone to forget that, if the Church bears within herself, and cannot ever lose, the fullness of Gospel truth, its members, at any given time and place, are always in need of a renewed effort to apprehend this truth really and not just, as Newman would say, ‘notionally’." "To Catholics, lukewarm and unaware of their responsibilities," he adds, the Reformation, properly understood, "recalls the existence of many of their own treasures which they overlook." Only if Catholics are fully Catholic–which includes fully embracing the positive principles of the Reformation that Bouyer insists are essentially Catholic–can they "legitimately aspire to show and prepare their separated brethren the way to a return which would be for them not a denial but a fulfillment." Today, as in the sixteenth century, the burden rests with us Catholics. We must live, by God’s abundant grace, up to our high calling in Christ Jesus. And in this way, show our Protestant brethren that their own positive principles are properly expressed only in the Catholic Church.


Now, in the teaching of the Catholic Church on grace: I can explain, briefly, actual and sanctifying grace.

First of all, actual grace is transient, passing. It is the movement of the Spirit from God to do good and avoid evil. Actual grace is given to all who are desiring to follow God. A person does not "live" in actual grace.

If your mum says to you, "I think you need to go to Confession, as you have not been for a while", that is God acting through someone in an event of actual grace. It is extrinsic. It is suggestion, a hint to do something.

It is NOT the Indwelling of the Trinity.

This is important. The Protestant believes that once a person is saved, that person will go to heaven.

There is nothing about perfection in this belief of justification, which is mixed up with sanctification. 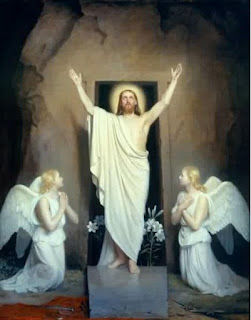 Actual grace, being EXTRINSIC does not purify. Which is why infant baptism becomes essential. One is made a child of God, an heir of heaven in baptism. One is given sanctifying grace

It suggests. Here is a brief description of both. In the next post, I shall write more about where we get sanctifying grace.

As to sanctifying grace, here is the CCC:

Sanctifying grace is an habitual gift, a stable and supernatural disposition that perfects the soul itself to enable it to live with God, to act by his love. Habitual grace, the permanent disposition to live and act in keeping with God's call, is distinguished from actual graces which refer to God's interventions, whether at the beginning of conversion or in the course of the work of sanctification.

The preparation of man for the reception of grace is already a work of grace. This latter is needed to arouse and sustain our collaboration in justification through faith, and in sanctification through charity. God brings to completion in us what he has begun, "since he who completes his work by cooperating with our will began by working so that we might will it:"50