Answer to another question on perfection

Posted by Supertradmum
As I have noted in the perfection series, all Catholic are called to an intimate, bridal relationship, with Christ. This is one of my duties on this blog-to share this good and profound news.

Someone asked me about men and their relationship with Christ, as to be called a bride is hard for men, of course.

St. Bernard of Clairvaux had no trouble with this concept and neither did St. John of the Cross.

I think many men are afraid of love, as seen by the growing number of single men; such a man does not pursue an intimate relationship with a woman in marriage. Part of the problem may be solved if a man realized that his soul is in the position of receiving love, as a woman does in marriage. Humility is absolutely necessary. 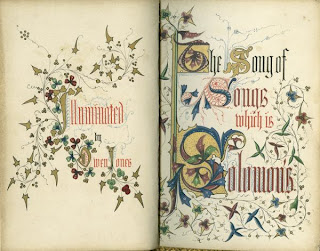 Remember that the Latin word for soul, or the living principle is anima, which is the same as psyche in Greek. We receive life and love and therefore our souls are in a feminine response to God.

Here are some quotations from the saints on this very point starting with Bernard:

9. Felicitous, however, is this kiss of participation that enables us not only to know God
but to love the Father, who is never fully known until he is perfectly loved. Are there not
surely some among you who at certain times perceive deep within their hearts the Spirit
of the Son exclaiming: "Abba, Father"? Let that man who feels that he is moved by the
same Spirit as the Son, let him know that he too is loved by the Father. Whoever he be
let him be of good heart, let his confidence never waver. Living in the Spirit of the Son,
let such a soul recognize herself as a daughter of the Father, a bride or even a sister of
the Son, for you will find that the soul who enjoys this privilege is called by either of
these names. Nor will it cost me much to prove it, the proof is ready to hand. They are
the names by which the Bridegroom addresses her: "I come into my garden, my sister,
my bride." She is his sister because they have the one Father; his bride because joined
in the one Spirit. For if marriage according to the flesh constitutes two in one body, why
should not a spiritual union be even more efficacious in joining two in one spirit? And
hence anyone who is joined to the Lord is one spirit with him. But we have witness too
from the Father, how lovingly and how courteously he gives her the name of daughter,
and nevertheless invites her as his daughter-in-law to the sweet caresses of his Son:
"Listen, daughter, pay careful attention: forget your nation and your ancestral home,
then the king will fall in love with your beauty." See then from whom this bride demands
a kiss. O soul called to holiness, make sure that your attitude is respectful, for he is the
Lord your God, who perhaps ought not to be kissed, but rather adored with the Father
and the Holy Spirit for ever and ever. Amen.

from the Song of Songs sermons

And from John of the Cross in the dialogue between the soul and God: 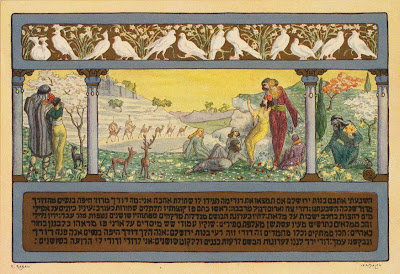 SONG OF THE SOUL AND THE BRIDEGROOM

ANSWER OF THE CREATURES 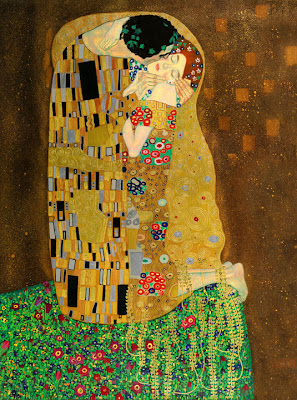