I am not into "youth events" and I am not a Pelagian: thoughts on works and grace

Douay-Rheims
8 For by grace you are saved through faith, and that not of yourselves, for it is the gift of God;
9 Not of works, that no man may glory.
In my fairly long life, I can say that I have met less than one hundred people in the Illuminative State. These are the ones DOING the Work of God and not their own works. Why are we not preaching and teaching personal holiness? Heresies are the reasons-the confusion on works and grace.
I am convinced that Pelagianism is the heresy most popular in the Catholic Church in Great Britain.
For several reasons do I know this from experience in listening and discussions, as well as, sadly, sermons and working in the Church.
Pelagius denied the effects of Original Sin, writing that Adam's sin only affected himself and that babies are born in the state of Adam before the Fall.
Does this sound familiar?
Pelagius denied the need for a Redeemer, which is the logical result of the denial of the effects of Original Sin.
The other HUGE evil of Pelagianism and more so in Semipelagianism is that works not Faith save.  We are not saved by works...we gain merit in works ONLY if we are perfected. We cannot merit anything in states of serious or habitual sin. And, merely preaching that we all should love without Christ's Love and not a false sentimentality, borders on self-indulgence. St. Paul went into the desert for up to ten years after his conversion, before he began his ministry-WHY?...
Because holiness is about BEING not DOING....

Most Catholics are caught up in doing. I remember years ago when I was working as a missionary in Canada, (yes, that was my visa status-missionary), that a prominent person in the diocese where I was working told me he wanted "Youth Events" not retreats. He did not want me to speak of sin, (most of the teens in this area were on drugs and promiscuous as I had discovered either by actually listening to them or through other missionaries), and he did not want me to speak of Redemption.
I was shocked, as this man and his team were supposed to be working with me and my team to evangelize.
The first team said they wanted the teens to feel good about themselves, which was laughable and sad, as we were working in an very affluent area, as well as with others not so affluent, and with youth who were narcissistically caught us in themselves and needed some good old fashioned awareness of the four last things.
Not so, said Team One and Team Two was stymied....
Many Catholics here have fallen into the same pattern of what I call the psychobabble of how to make youth feel good so that they convert.  Modern youth are not any more mixed up or less evil than First Century Romans or Ephesians or Macedonians. We are allowing the cult of victimhood to interfere with evangelization.
A few lines from the greatest Evangelizers might help here: check these out: , St. Augustine in 412 wrote the famous works: "De peccatorum meritis et remissione libri III" (P.L., XLIV, 109 sqq.) and "De spiritu et litera" (ibid., 201 sqq.), in which he positively established the existence of original sin, the necessity of infant baptism, the impossibility of a life without sin, and the necessity of interior grace (spiritus) in opposition to the exterior grace of the law (litera) Catholic Encyclopedia
And from our first Pope: from the First Epistle of St. Peter, which you should all read in the entire, as it is THE epistle for our time:

[1] Christ therefore having suffered in the flesh, be you also armed with the same thought: for he that hath suffered in the flesh, hath ceased from sins: [2] That now he may live the rest of his time in the flesh, not after the desires of men, but according to the will of God. [3] For the time past is sufficient to have fulfilled the will of the Gentiles, for them who have walked in riotousness, lusts, excess of wine, revellings, banquetings, and unlawful worshipping of idols. [4] Wherein they think it strange, that you run not with them into the same confusion of riotousness, speaking evil of you. [5]Who shall render account to him, who is ready to judge the living and the dead.
[6] For, for this cause was the gospel preached also to the dead: that they might be judged indeed according to men, in the flesh; but may live according to God, in the Spirit. [7] But the end of all is at hand. Be prudent therefore, and watch in prayers. [8] But before all things have a constant mutual charity among yourselves: for charity covereth a multitude of sins. [9] Using hospitality one towards another, without murmuring, [10] As every man hath received grace, ministering the same one to another: as good stewards of the manifold grace of God.
[11] If any man speak, let him speak, as the words of God. If any man minister, let him do it, as of the power, which God administereth: that in all things God may be honoured through Jesus Christ: to whom is glory and empire for ever and ever. Amen. [12] Dearly beloved, think not strange the burning heat which is to try you, as if some new thing happened to you; [13] But if you partake of the sufferings of Christ, rejoice that when his glory shall be revealed, you may also be glad with exceeding joy. [14] If you be reproached for the name of Christ, you shall be blessed: for that which is of the honour, glory, and power of God, and that which is his Spirit, resteth upon you. [15] But let none of you suffer as a murderer, or a thief, or a railer, or a coveter of other men' s things.
[16] But if as a Christian, let him not be ashamed, but let him glorify God in that name. [17] For the time is, that judgment should begin at the house of God. And if first at us, what shall be the end of them that believe not the gospel of God? [18] And if the just man shall scarcely be saved, where shall the ungodly and the sinner appear? [19] Wherefore let them also that suffer according to the will of God, commend their souls in good deeds to the faithful Creator.
[18] Scarcely: That is, not without much labour and difficulty; and because of the dangers which constantly surround, the temptations of the world, of the devil, and of our own corrupt nature.

Can you imagine a priest saying something similar from the pulpit, only adding contraception, abortion and the gay lifestyle?
Catholics, if you are into youth events and not the real deal of conversion and Redemption in Christ, you are not only wasting your time, but doing more damage than good.
And, there is a second part to this.
Works are practically useless and ARE useless if one, you are not holy and yourself gets in the way of God's Work. And, two, if you are not orthodox, you are possibly causing scandal. One gets no merit for works which come from our own selves and talents and not from the power and purity of God.
Look at the chart on perfection on June 6th here on this blog. Only those who are at the Illuminative Stage, beyond the Dark Night are doing the works of God which convert, which last-examples are SS. Benedict, Francis, Dominic, Anthony, Teresa, Therese, and so on....
Not all saints are born saints.They must go through the stages of holiness. If you are not working on personal purgation of sin, you are most likely not doing God's Work but your own.
You are a Pelagian or Semipelagian, not a Catholic.
By the way, here are the heretical points clarified (again from CE):the famous Council of Carthage, which again branded Pelagianism as a heresy in eight (or nine) canons(Denzinger, "Enchir.", 10th ed., 1908, 101-8). Owing to their importance they may be summarized:
A young couple I know are waiting five months to baptize their baby and they go to Church weekly. Why? 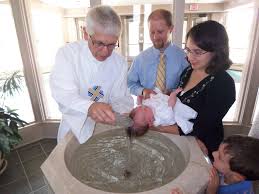 My mother lost four children-one at one and three before full-term. Only my sister and one at four months in the womb were baptized.

Do not wait, parents. And, protestant "dedication" is not a sacrament.

Also, here are the main elements of Semipelagianism: I hope some can recognize these faults in thinking and rectify their approach, especially some priests, who have fallen into the fallacy of number 2.

If you want more on freedom and grace, read St. Augustine.

And here is the chart list again, for those who do not want to use search: http://supertradmum-etheldredasplace.blogspot.co.uk/2013/06/for-those-who-love-chartson-way-to.html
To be continued....