Some Catholics As Sowers of Discord

I have distanced myself from all those who use ad hominem in their efforts to fight abortion and heresies. These types of words create strife and have nothing to do with debate or evangelization.

Do not get involved. There is a huge campaign in the States at this time and some Catholics are allowing themselves to join the group which is calling a prominent person a name.

Let me explain something. Arguing a moral point should never include a reference to the persons in the debate. This not only lowers the tone of the argument, but is the fallacy of ad hominem.

Ad hominem aims at discrediting the person in a debate by undermining their character or authority. This is one of the weakest and most inept fallacies.

For a Catholic, it is also a sin. If one wants to become an apologist or fight the good cause against abortion or ssm, one cannot, must not descend to name calling or personal attacks. One can go to hell doing this according to Our Lord, Jesus Christ. Calumny involves lies and defamation;  and scandal is the malicious spreading of either lies or truthful situations about a person or group. I would place these sins under maliciousness and treachery. It is possible that such sins fall under wrath and anger. I think these are sins of hatred.

Logic was required in private Catholic high schools in the States, at the freshman or ninth grade levels, until the late 1970s. It should be required again.

Some modern moralists disagree with this traditional fallacy and claim that it helps understand a moral position to understand the guilt by association, for example, involved in ad hominem. 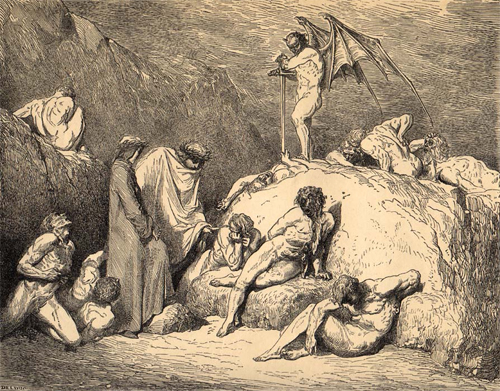 As a person who has won debating contests in the past and who taught debate, I learned the fallacies in order to avoid these, and, more importantly, to win an argument.

Please do not lower yourself in using inappropriate language, and stick with facts.

The truth will win every time.