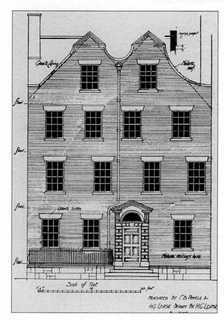 I took an architectural and archaeological tour of some areas south of the River Liffey this afternoon, and I shall have three posts on the tour tomorrow or Saturday. The tour guide, Nicki Matthews of the Dublin City Council was fantastic. It included the old monastic areas, Dutch Billys and the Royal College of Surgeons. 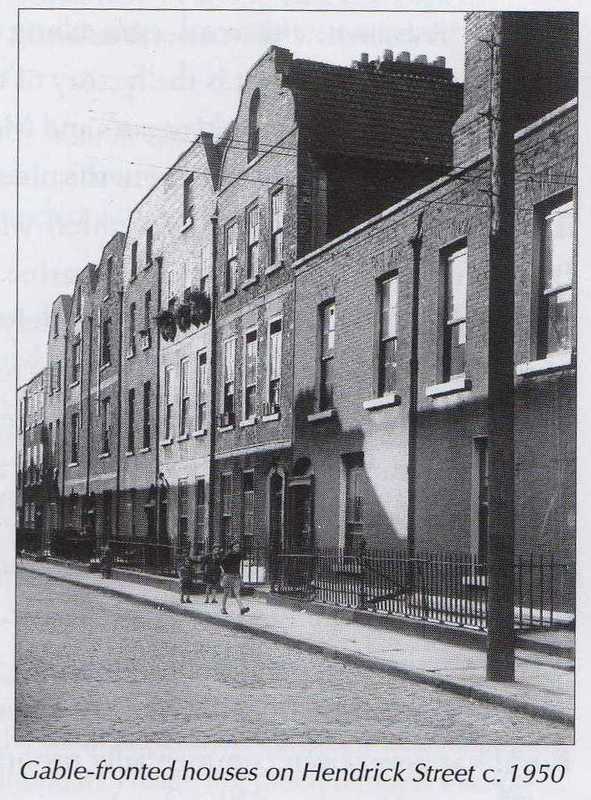 More to come later...Sadly most of the Flemish influenced houses have been destroyed. I found this photo on line of a street with some still standing in the 1950s on the north side of the river. The vast majority were destroyed in the 1960s to make room for public housing. Dutch Billys have a fascinating roof structure in a cruciform style of building. Th insides, according to Ms. Matthews, would have been built around a central core, with rooms all ensuite, attached to each other by doors.

One I saw today was 9 Aungier Street, here seen with the double-gabled roof from the back.

For more information on Dutch Billys, see this site, from which all these photos here are.