I have written some posts on this topic of reason and faith before, but I am going to write a few more today. I want to avoid Pascal et co. and the Post-Moderns if I can in this short discussion. But, rather, concentrate on Fideism as it reveals itself in Catholic circles as a direct influence from Calvinism rather than Lutheranism, although there is a connection. I shall also avoid, at this stage, Fénelon & Bossuet.

I have long suspected great Calvinistic influences in both Irish and English Catholicism with regard to this argument about the difference between head knowledge and heart knowledge. The errors are rooted in anti-intellectualism, Jansenism (which greatly influence Irish Catholics), and the seeking of experiential religion, or Enthusiasm. I taught several classes on Johnathan Edwards in the past and presented him as a mystical Enthusiast. In one of my boxes in Illinois, I have his fascinating biography which proves this point. George M. Marsden's life of Edwards is worth reading. Marsden also wrote Fundamentalism and American Culture. Another classic book of this ilk is The Puritan Dilemma: The Story of John Winthrop by  Edmund Morgan, which I taught, and other books, such as Ronald Knox's Enthusiam, which, someone in their enthusiasm stole from me....amazing. If some nice reader would like to buy this for me, I would greatly appreciate it. But, read it first....

As far as I can ascertain, the first person to make the huge mistake of separating knowledge into heart and head was the heretic, Johnathan Edwards. And Fideism, the heresy, existed before Kant.  In fact, the famous Johnathan Edwards in one of his sermons, Divine and Supernatural Light, states clearly that God cannot be found by reason, when he was referring to a specific gift of light,

This light, and this only, has its fruit in a universal holiness of life. No merely notional or speculative understanding of the doctrines of religion will ever bring to this. But this light, as it reaches the bottom of the heart, and changes the nature, so it will effectually dispose to a universal obedience. It shows God's worthiness to be obeyed and served. It draws forth the heart in a sincere love to God, which is the only principle of a true, gracious, and universal obedience; and it convinces of the reality of those glorious rewards that God has promised to them that obey him.

Edward's faulty thinking, which is what a heresy is, can be seen in this snippet.

But if we take reason strictly -- not for the faculty of mental perception in general, but for ratiocination, or a power of inferring by arguments -- the perceiving of spiritual beauty and excellency no more belongs to reason, than it belongs to the sense of feeling to perceive colours, or to the power of seeing to perceive the sweetness of food. It is out of reason's province to perceive the beauty or loveliness of any thing: such a perception does not belong to that faculty. Reason's work is to perceive truth and not excellency. It is not ratiocination that gives men the perception of the beauty and amiableness of a countenance, though it may be many ways indirectly an advantage to it; yet it is no more reason that immediately perceives it, than it is reason that perceives the sweetness of honey: it depends on the sense of the heart. -- Reason may determine that a countenance is beautiful to others, it may determine that honey is sweet to others; but it will never give me a perception of its sweetness.

The teaching of the Catholic Church is quite different. And, too often, I have heard silly sermons on the difference between head knowledge and heart knowledge. Here are some helps from the Catholic Encyclopedia.

The heresy of Fideism denies that "the power of unaided human reason to reach certitude, affirms that the fundamental act of human knowledge consists in an act of faith, and the supreme criterion of certitude is authority." Edwards was a Fideist.  But, so are many, many Catholics. They do not understand that the intellect is involved in Faith.

... "it must be noted that authority, even the authority of God, cannot be the supreme criterion of certitude, and an act of faith cannot be the primary form of human knowledge. This authority, indeed, in order to be a motive of assent, must be previously acknowledged as being certainly valid; before we believe in a proposition as revealed by God, we must first know with certitude that God exists, that He reveals such and such a proposition, and that His teaching is worthy of assent, all of which questions can and must be ultimately decided only by an act of intellectual assent based on objective evidence. Thus, fideism not only denies intellectual knowledge, it logically ruins faith itself."

The strong anti-intellectualism of the charismatics and other groups has led to Fideism. Several popes have condemned this heresy.

In 1348, the Holy See proscribed certain fideistic propositions of Nicholas d'Autrecourt (cf. Denzinger, Enchiridion, 10th ed., nn. 553-570). In his two Encyclicals, one of September, 1832, and the other of July, 1834, Gregory XVI condemned the political and philosophical ideas of Lamenais. On 8 September, 1840, Bautain was required to subscribe to several propositions directly opposed to Fideism, the first and the fifth of which read as follows: "Human reason is able to prove with certitude the existence of God; faith, a heavenly gift, is posterior to revelation, and therefore cannot be properly used against the atheist to prove the existence of God"; and "The use of reason precedes faith and, with the help of revelation and grace, leads to it." The same proposition were subscribed to by Bonnetty on 11 June, 1855 (cf. Denzinger, nn. 1650-1652). In his Letter of 11 December, 1862, to the Archbishop of Munich, Pius IX, while condemning Frohschammer's naturalism, affirms the ability of human reason to reach certitude concerning the fundamental truthsof the moral and religious order (cf. Denzinger, 1666-1676). And, finally, the Vatican Council teaches as a dogma of Catholic faith that "one true God and Lord can be known with certainty by the natural light of human reason by means of the things that are made" (Const., De Fide Catholicâ", Sess. III, can. i, De Revelatione; cf. Granderath, "Constitutiones dogmaticae Conc. Vatic.", Freiburg, 1892, p. 32 cf. Denzinger, n. 1806).

As to the opinion of those who maintain that our supernatural assent is prepared for by motives of credibility merely probable, it is evident that it logically destroys the certitude of such an assent. This opinion was condemned by Innocent XI in the decree of 2 March, 1679 (cf. Denzinger, n. 1171), and by Pius X in the decree "Lamentabili sane" n. 25: "Assensus fidei ultimo innititur in congerie probabilitatum" (The assent of faith is ultimately based on a sum of probabilities). Revelation, indeed, is the supreme motive of faith in supernatural truths, yet, the existence of this motive and its validity has to be established by reason

The Pope Emeritus gave excellent talks on the use of reason. Here are selections from his November 21, 2012 speech on this subject. I highly suggest reading the entire address from here.  One must remember that faith is not the enemy of reason and reason is not the enemy of faith. There should be no antagonism between these two gifts. 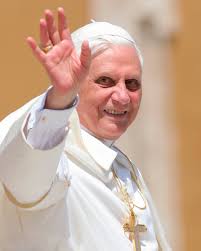 
The Catholic faith is therefore reasonable and fosters trust in human reason as well. The First Vatican Council, in the Dogmatic Constitution Dei Filius, said that reason is able to know with certainty that God exists through the Creation, whereas the possibility of knowing “easily, with complete certainty and without error” (DS 3005) the truths that concern God in the light of grace, belongs to faith alone. The knowledge of faith, moreover, is not in opposition to right reason. Blessed Pope John Paul II, in fact, in his Encyclical Fides et Ratio, sums it up in these words: “human reason is neither annulled nor debased in assenting to the contents of faith, which are in any case attained by way of free and informed choice” (n. 43).

In the irresistible desire for truth, only a harmonious relationship between faith and reason is the right road that leads to God and to the person’s complete fulfilment. This doctrine is easily recognizable throughout the New Testament. St Paul, in writing to the Christians of Corinth, maintains, as we have heard: “Jews demand signs and Greeks seek wisdom, but we preach Christ crucified, a stumbling block to Jews and folly to Gentiles” (1 Cor 1:22-23). God in fact did not save the world with an act of power, but through the humiliation of his Only-Begotten Son. Measured in human parameters, the unusual ways of God clash with the demands of Greek wisdom. And yet, the Cross of Christ has a reason of its own which St Paul calls: ho logos tou staurou “the word of the cross” (1 Cor 1:18). Here the term logos means both the word and reason and, if it alludes to the word, it is because it expresses verbally what reason works out.....


At the same time, God, with His grace, illuminates reason and opens up new horizons, immeasurable and infinite. Therefore, faith is a continuous stimulus to seek, never to cease or acquiesce in the inexhaustible search for truth and reality....Intellect and faith are not foreign or antagonistic to divine Revelation, they are both prerequisites for understanding its meaning, for receiving its authentic message, for approaching the threshold of the mystery. The Catholic faith is therefore rational and also nurtures trust in human reason....Knowledge of faith, furthermore, is not contrary to reason. In the irresistible desire for truth, only a harmonious relationship between faith and reason can show the correct path to God and to self-fulfilment.
Another reason for which it is rational to believe is this: if science is a valuable ally of faith in our understanding of God's plan for the universe, faith also directs scientific progress towards the good and truth of mankind, remaining faithful to that original plan....This is why it is vital for man to open himself to faith, and to know God and His plan for salvation through Jesus Christ. The Gospel establishes a new humanism, an authentic 'grammar' of humankind and reality".

In the next post, I shall take a brief look at Blessed John Paul II's encyclical on the topic as mentioned above. To be continued.....