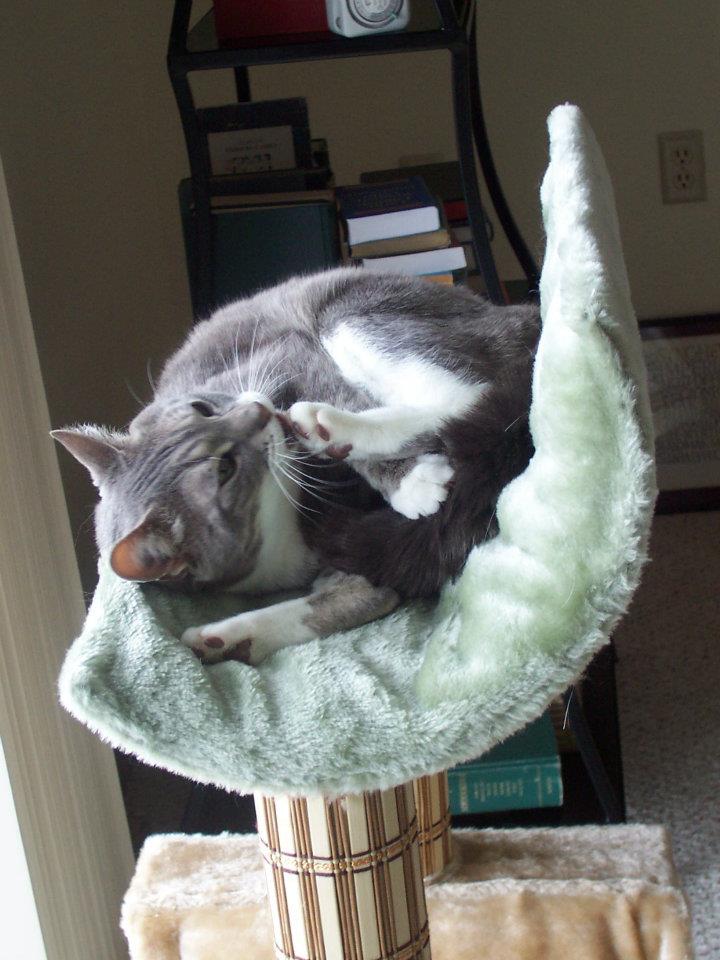 I do not heal well. My blood does not coagulate properly. Others get over paper cuts in two hours. I have one for three days, bleeding.

Also, I get infections easily. Do not ask me why, as I do not know. I cut my foot badly one summer on a large staple from an Amazon package. I did not see it on the floor. For days, it hurt and bled, then got infected, of course.  That summer, the air was so hot and still at night, one felt like one was in another plane of reality. As I lay in bed, having taken off the bandage to give the wound air, I feel a little scratching tongue on my ankle. My Russian Blue/Norwegian Tree Cat mix, Vladimir, was cleaning my wound. As it was so hot, I feel asleep. The next morning, my foot was completely healed. Son said it had to do with some sort of antiseptic in the cat's mouth. I thought, God sent Vlada to help me.

Several months later, I had cancer and was in bed at home for two weeks. The two male cats, Puddy and Vladimir slept at my feet, one on each side of me. But, Miho-chan, my wounded female, who we rescued and who had buckshot in her spine from someone in Missouri shooting her when she it was a kitty, came up to the side of my body where I had the wound. Miho-chan snuggled up to neck, and put it's paw on my shoulder the entire time I convalesced, as if reassuring me everything would be alright. And, it was.

Then, Vladimir ran away, which he had never done, and as we were moving back up to Iowa for me to start teaching in three days, we had to move. We had to leave, heartbroken, worried,  and came back down to the town where we had lived, and looked for this cat for two days. Our neighbor, who has eight cats, made signs on her computer, and printed them out, peppering the town with notices and phone numbers. This all happened the last weekend of August.

Son and I were sick at the loss of Vladimir, as it was, as we thought, the least intelligent of the three. And, we had lived in coyote and eagle territory, both animals known for eating small cats. Tears, and giving the cat we loved so much to God gave us respite. Time went on. Then, in the first week of December, 2010, we got a phone call from our cat-lady friend.

Vladimir had been found, or, rather it had found a house. Francis and Larry, a retired couple, were sitting near the patio door of their lovely house, watching the first snowflakes of the year. Up onto the patio came a bedraggled grey and white cat. It stood up it hind legs and scratched at the door. Vladimir wanted in. 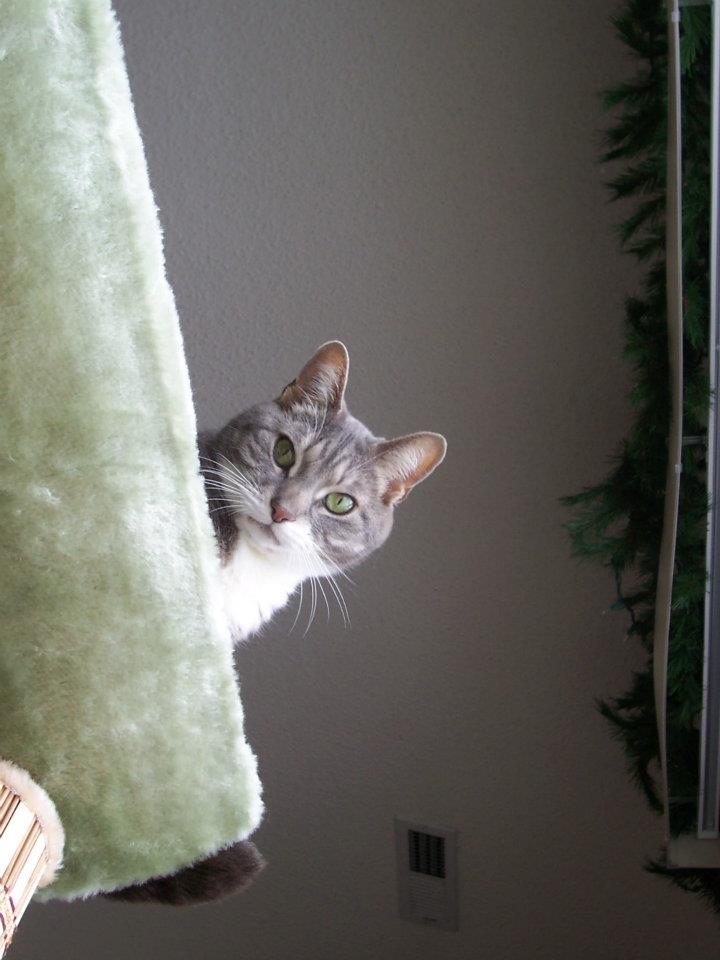 He had been, apparently spotted a month before going in and out of a dog door, eating dog food in a nearby basement. But, Vladimir knew he wanted the good life. Frances and Larry adopted him as they had just lost their cat to death.

Yesterday, I spoke with Larry. Frances died last year of cancer. Larry told me that Vladimir has been a great comfort to him in his sorrow over losing his wife. He told me he would not know what to do without Vladimir. I knew, even though I still miss Vlada, that this cat is, indeed, where God wants this creature to be.

Angels send animals to people. Like us, God used His creatures for comfort. Thank you, God, for our pets.

I wish I knew where Miho-chan was, but that cat was living with a friend whose marriage broke up after we had to pass it on. I have no idea of Miho's whereabouts, but I trust God is using that black beauty for His purposes. Still, I have an ache in my heart, as this cat had suffered so much, and I wanted it to have some peace.

Nothing is too small in the Eyes of God to be a servant. Neither are we too small to be used, in small ways.

Even in large ways, God may use us.

Is not life both mysterious and wonderful? Let God send you where He wants you to go. Let God open the doors He wants to open. 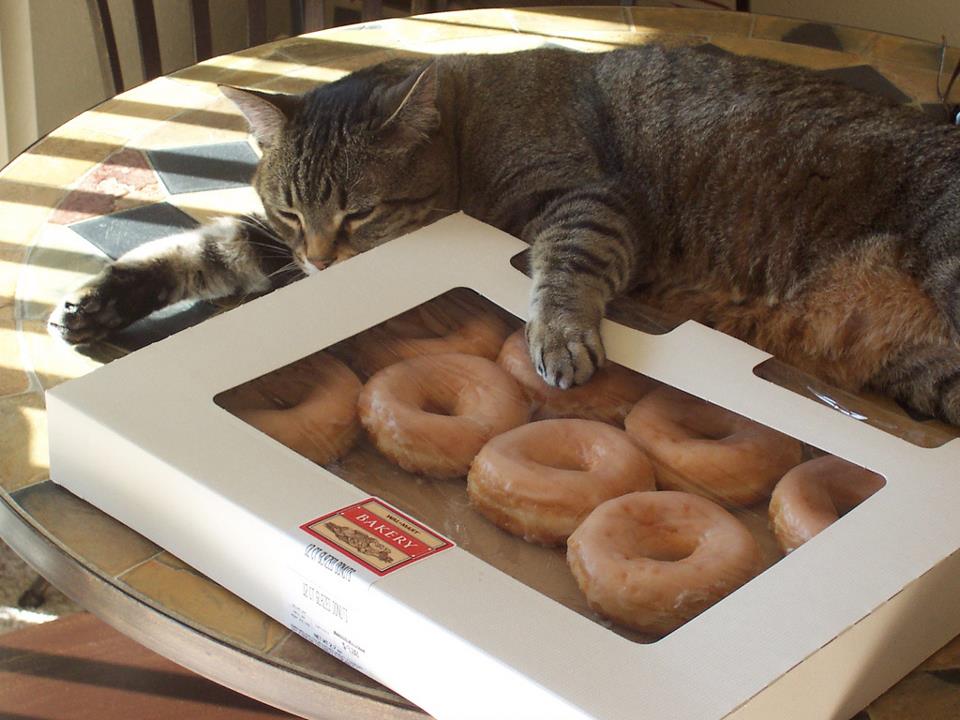 We are only dust, but the Spirit moves where He will. And our souls need to be purified to follow His lead. I have learned from my pets that nature and the Spirit of God conspire to make us whole, but not without suffering. Angels surround us, and, sometimes, they use cats.

I wonder how Puddy is doing in St. Louis with Grace? I am sure Puddyman brings joy.