Armenian Church To Canonize Victims of The Great Massacre

"Who, after all, speaks today of the annihilation of the Armenians?" - Hitler, 1939.

The Armenian Church was absolutely under attack by the Muslims. People use the euphemism of the "Ottoman Turks"-hey Muslims did this.  And, some still deny the "Great Crime" to this day.

In 1914, the Armenian Patriarch in Constantinople presented a list of the Armenian holy sites under his supervision. The list contained 2,549 religious places of which 200 were monasteries while 1,600 were churches. In 1974 UNESCO stated that after 1923, out of 913 Armenian historical monuments left in Eastern Turkey, 464 have vanished completely, 252 are in ruins, and 197 are in need of repair (in stable conditions).[199][200]    wiki again

As of 2011, the governments of twenty-one countries, including Russia, France, as well as forty-three states of the United States of America, have recognized the events as 'genocide'.[2] Turkey and Azerbaijan deny the Armenian genocide. 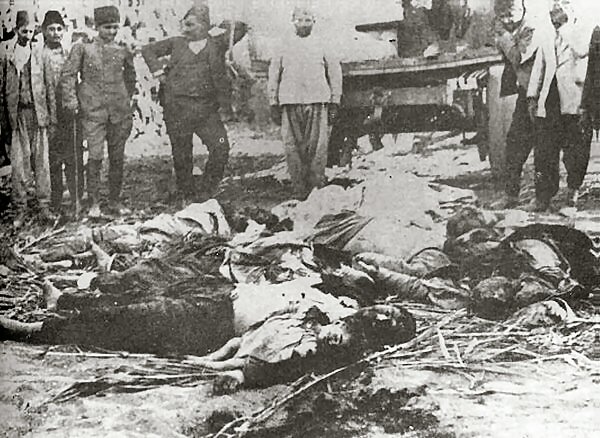 And check out this post of mine from January, 2013