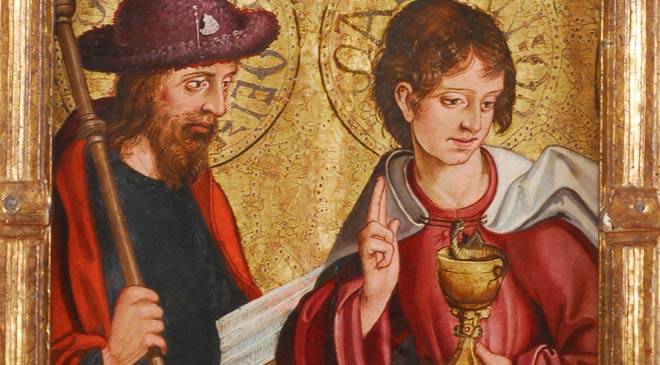 Dowry money in the Hebrew is called מֹהַר, or mohar. This is the money paid to the family of the woman, the wedding money. This word is found in many contexts in the Scriptures, such as in Genesis, Esther, Malachi, and the Song of Songs, to mention some.

Another word is similar, the zebed, or זֶבֶד, the wedding money or gift given by the woman to the man.

Now, remember that the name Zebedee comes from this word, zebed, gift.

John and James were the Sons of Zebedee, the sons of gift. This word is also found in numerous books of the Bible, including some of the above.

Now, the name implies that the man is the gift given back to the husband by the woman, the wife and mother. So, the Sons of Zebedee are the children of the man of the dowry, the endowment or gift.

Nice. And, Zebedee becomes the name Edmund in the Anglo-Saxon.

It is the duty of the parent to protect that endowment, and like any investment, make it grow.

Such is virtue training.

Gifts are to be cherished and given back to God.

Have you given your children back to God? Are you training them to be gifts to the world?

A long time ago, I gave my child to God and to Mary. And, I heard God answer me, "I give you England in your son. You will always have England." God knows how much I love England. Why, I do not know.

I just have to get back there to claim my dowry, which is really Mary's Dowry, England. She just wants to share a little bit of England with me.