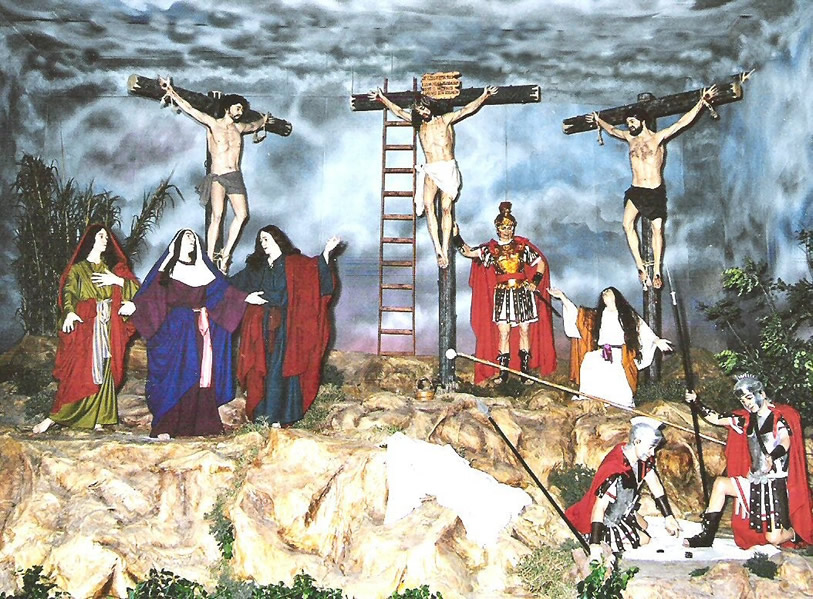 A reader asked me about suffering in response to another posting. I want to clarify the types of suffering.

First of all, there is the obvious suffering which is a result of our own sins and failings. Natural and supernatural consequences which are types of suffering follow from sin. For example, a man commits adultery, which may lead to him leaving his family. The wife experiences the suffering of being abandoned, and so on.

The man may repent and come back to his wife, but the forgiveness on her part must be accompanied by a rebuilding of the trust which was destroyed. So, the two suffer from consequences of sin.

Now, we all have experienced this type of suffering. In Salvifici Doloris, St. John Paul II writes this:


The point of reference in this case is the doctrine expressed in other Old Testament writings which show us suffering as punishment inflicted by God for human sins. The God of Revelation is the Lawgiver and Judge to a degree that no temporal authority can see. For the God of Revelation is first of all the Creator, from whom comes, together with existence, the essential good of creation. Therefore, the conscious and free violation of this good by man is not only a transgression of the law but at the same time an offence against the Creator, who is the first Lawgiver. Such a transgression has the character of sin, according to the exact meaning of this word, namely the biblical and theological one. Corresponding to the moral evil of sin is punishment, which guarantees the moral order in the same transcendent sense in which this order is laid down by the will of the Creator and Supreme Lawgiver. From this there also derives one of the fundamental truths of religious faith, equally based upon Revelation, namely that God is a just judge, who rewards good and punishes evil: "For thou art just in all that thou hast done to us, and all thy works are true and thy ways right, and all thy judgments are truth. Thou hast executed true judgments in all that thou hast brought upon us... for in truth and justice thou hast brought all this upon us because of our sins"(23)

The martyrs are the obvious ones.

In bringing about the Redemption through suffering, Christ raised human suffering to the level of the Redemption. Thus each man, in his sufferings, can also become a sharer in the redemptive suffering of Christ.

Here is a longer passage.

And the Apostle Paul in the Letter to the Galatians will say: "He gave himself for our sins to deliver us from the present evil age"(56), and in the First Letter to the Corinthians: "You were bought with a price. So glorify God in your body "(57).
With these and similar words the witnesses of the New Covenant speak of the greatness of the Redemption, accomplished through the suffering of Christ. The Redeemer suffered in place of man and for man. Every man has his own share in the Redemption. Each one is also called to share in that suffering through which the Redemption was accomplished. He is called to share in that suffering through which all human suffering has also been redeemed. In bringing about the Redemption through suffering, Christ has also raised human suffering to the level of the Redemption. Thus each man, in his suffering, can also become a sharer in the redemptive suffering of Christ.
20. The texts of the New Testament express this concept in many places. In the Second Letter to the Corinthians the Apostle writes: "We are afflicted in every way, but not crushed; perplexed, but not driven to despair; persecuted, but not forsaken; struck down, but not destroyed; always carrying in the body the death of Jesus, so that the life of Jesus may also be manifested in our bodies. For while we live we are always being given up to death for Jesus' sake, so that the life of Jesus may be manifested in our mortal flesh .... knowing that he who raised the Lord Jesus will raise us also with Jesus"(58).
Saint Paul speaks of various sufferings and, in particular, of those in which the first Christians became sharers "for the sake of Christ ". These sufferings enable the recipients of that Letter to share in the work of the Redemption, accomplished through the suffering and death of the Redeemer. The eloquence of the Cross and death is, however, completed by the eloquence of the Resurrection. Man finds in the Resurrection a completely new light, which helps him to go forward through the thick darkness of humiliations, doubts, hopelessness and persecution. Therefore the Apostle will also write in the Second Letter to the Corinthians: "For as we share abundantly in Christ's sufferings, so through Christ we share abundantly in comfort too"(59). Elsewhere he addresses to his recipients words of encouragement: "May the Lord direct your hearts to the love of God and to the steadfastness of Christ"(60). And in the Letter to the Romans he writes: "I appeal to you therefore, brethren, by the mercies of God, to present your bodies as a living sacrifice, holy and acceptable to God, which is your spiritual worship"(61).

I highly recommend this document for the beginning of the understanding of suffering. Also, St. Thomas Aquinas is excellent on suffering, but that is for another posting.

1 Paul, an apostle of Jesus Christ by the will of God, and Timothy our brother: to the church of God that is at Corinth, with all the saints that are in all Achaia:
2 Grace unto you and peace from God our Father, and from the Lord Jesus Christ.
3 Blessed be the God and Father of our Lord Jesus Christ, the Father of mercies, and the God of all comfort.
4 Who comforteth us in all our tribulation; that we also may be able to comfort them who are in all distress, by the exhortation wherewith we also are exhorted by God.
5 For as the sufferings of Christ abound in us: so also by Christ doth our comfort abound.
6 Now whether we be in tribulation, it is for your exhortation and salvation: or whether we be comforted, it is for your consolation: or whether we be exhorted, it is for your exhortation and salvation, which worketh the enduring of the same sufferings which we also suffer.
7 That our hope for you may be steadfast: knowing that as you are partakers of the sufferings, so shall you be also of the consolation.
8 For we would not have you ignorant, brethren, of our tribulation, which came to us in Asia, that we were pressed out of measure above our strength, so that we were weary even of life.
9 But we had in ourselves the answer of death, that we should not trust in ourselves, but in God who raiseth the dead.
10 Who hath delivered and doth deliver us out of so great dangers: in whom we trust that he will yet also deliver us.
11 You helping withal in prayer for us: that for this gift obtained for us, by the means of many persons, thanks may be given by many in our behalf.
12 For our glory is this, the testimony of our conscience, that in simplicity of heart and sincerity of God, and not in carnal wisdom, but in the grace of God, we have conversed in this world: and more abundantly towards you.
13 For we write no other things to you than what you have read and known. And I hope that you shall know unto the end:
14 As also you have known us in part, that we are your glory, as you also are ours, in the day of our Lord Jesus Christ.
15 And in this confidence I had a mind to come to you before, that you might have a second grace:
16 And to pass by you into Macedonia, and again from Macedonia to come to you, and by you to be brought on my way towards Judea.
17 Whereas then I was thus minded, did I use lightness? Or, the things that I purpose, do I purpose according to the flesh, that there should be with me, It is, and It is not?
18 But God is faithful, for our preaching which was to you, was not, It is, and It is not.
19 For the Son of God, Jesus Christ who was preached among you by us, by me, and Sylvanus, and Timothy, was not, It is and It is not, but, It is, was in him.
20 For all the promises of God are in him, It is; therefore also by him, amen to God, unto our glory.
21 Now he that confirmeth us with you in Christ, and that hath anointed us, is God:
22 Who also hath sealed us, and given the pledge of the Spirit in our hearts.
23 But I call God to witness upon my soul, that to spare you, I came not any more to Corinth: not because we exercise dominion over your faith: but we are helpers of your joy: for in faith you stand.