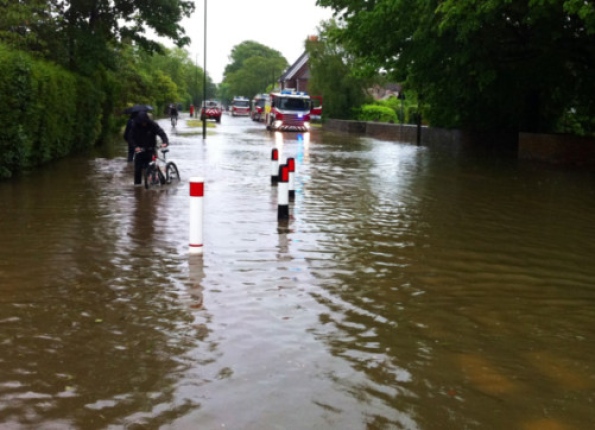 We are under a tornado watch and severe thunder storm warning. As my English-American son says, “ has weather, England has climate.”

I grew up in extremes of very cold winters with lots of snow and steamy hot summers with storms. So, I learned to be prepared. I have personally been in seven tornadoes, and a cyclone, as well as many, many high wind storms.

What living in this “climate” does is make one prepared and prudent. Only paid storm-watchers and silly people who think nothing bad will happen to them dare to be out in storms.

However, there are times when the storms happen so fast, no one can be prepared. Tornadoes sometimes change course, or arrive faster than the sirens and warnings can inform people of danger.

Sometimes, tornadoes grow to enormous size and, as in one just about two weeks ago in , can turn into two, a double tornado.

Then, there are sheer winds, which I have witnessed as well. These are low-lying straight winds which destroy crops, trees, anything in the way.

As I write this, the entire sky is grey with heat lightning criss-crossing the backyard here.

However, the sky is not green, a phenomenon which does happen before a tornado. I have seen green skies.

The moral of all this description is that man is not in charge of nature-God is. From all time, Divine Providence saw and willed, either in His Perfect Will, or in His Permissive Will, bad weather.

Are there demons of the skies and of the air? Absolutely. The voodoo name for the storm-god had morphed into the word “hurricane”.

But, God allows evil, although He does not create it.

Many farms of corn and soybean fields have been destroyed by flooding. June in witnessed over 11 inches of rain, compared to the norm of 2.2 or so.

And, in one rainstorm, 4.4 inches of rain fell in a relatively short period of time. The and the Waspsi, among other rivers, flooded fields which cannot be saved this year.

Those who build in flood plains sometimes lack common sense. I remember condos and posh flats being built on an ancient flood plain in , not even built upon by the Romans, master builders that they were, as they knew this particular river would flood regularly. So, in the 1990s, men in their pride and foolishness built on the plain. I know this as I was buying property at the time and looked at these new buildings. I said to the estate agent. “These will flood.” I was assured by her that these would not.

The next year, the new buildings flooded and the inhabitant-owners sued the company. I say, “Duh.”

Let Nature have her way. The only reason to build on flood plains is greed.

God is in charge. And, He will try to teach us that we are only human and not gods.