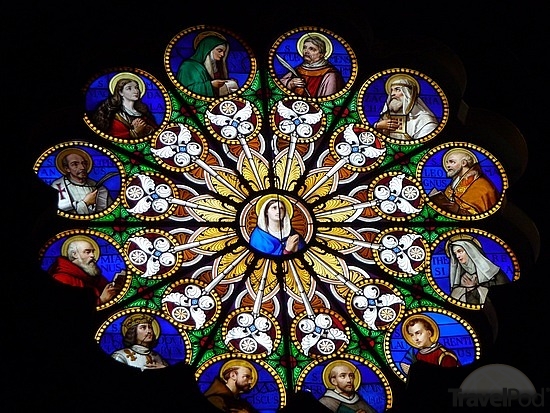 The second and third one chosen refers to the Illuminative State, wherein one is working for God. When one receives humility, one understands the mercy of God in one's life. When one lives in a mourning, one waits for the fullness of the love of God to the extent that one can be open to it on earth. The work of justice and mercy pour out of one when one is in the Illuminative State, working for God and not for one's self.

5. “Blessed are they that mourn:21 for they shall be comforted.” Mourning is sorrow arising from the loss of things held dear; but those who are converted to God lose those things which they were accustomed to embrace as dear in this world: for they do not rejoice in those things in which they formerly rejoiced; and until the love of eternal things be in them, they are wounded by some measure of grief. Therefore they will be comforted by the Holy Spirit, who on this account chiefly is called the Paraclete, i.e. the Comforter, in order that, while losing the temporal joy, they may enjoy to the full that which is eternal.22


6. “Blessed are they which do hunger and thirst after righteousness: for they shall be filled.” Now He calls those parties, lovers of a true and indestructible good. They will therefore be filled with that food of which the Lord Himself says, “My meat is to do the will of my Father,” which is righteousness; and with that water, of which whosoever “drinketh,” as he also says, it “shall be in him a well of water, springing up into everlasting life.” 23

7. “Blessed are the merciful: for they shall obtain mercy.”24 He says that they are blessed who relieve the miserable, for it is paid back to them in such a way that they are freed from misery.