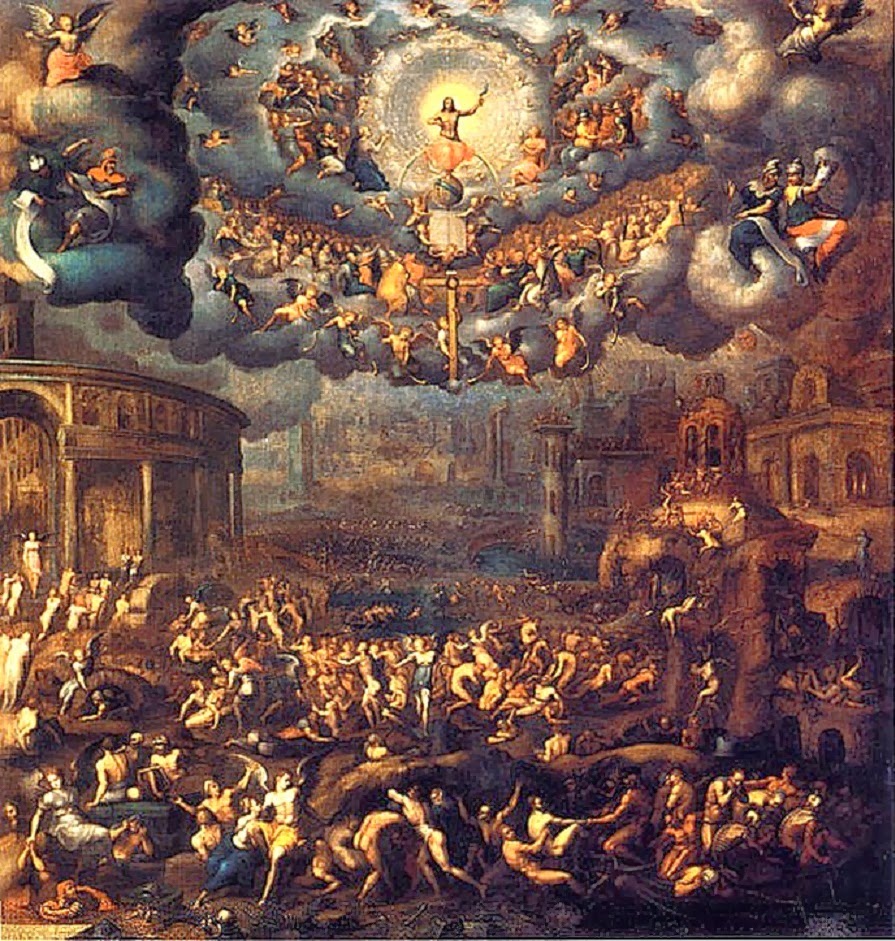 1 Thessalonians 5
1 But of the times and moments, brethren, you need not, that we should write to you; 2 For yourselves know perfectly, that the day of the Lord shall so come, as a thief in the night. 3 For when they shall say, peace and security; then shall sudden destruction come upon them, as the pains upon her that is with child, and they shall not escape. 4 But you, brethren, are not in darkness, that that day should overtake you as a thief. 5 For all you are the children of light, and children of the day: we are not of the night, nor of darkness. 6 Therefore, let us not sleep, as others do; but let us watch, and be sober. 7 For they that sleep, sleep in the night; and they that are drunk, are drunk in the night. 8 But let us, who are of the day, be sober, having on the breastplate of faith and charity, and for a helmet the hope of salvation. 9 For God hath not appointed us unto wrath, but unto the purchasing of salvation by our Lord Jesus Christ, 10 Who died for us; that, whether we watch or sleep, we may live together with him. 11 For which cause comfort one another; and edify one another, as you also do.
Holy Mother Church in her wisdom has warned Catholics not to look to the signs of the times as signs of the Second Coming. We can see signs which show us we are heading for great persecution, but that is not the same as jumping to a conclusion that then Christ will come.

As usual, St. Thomas Aquinas has some wisdom for us on this subject. Here are a few quotations: ST, Supplement, q 73.


I answer that, When Christ shall come to judge He will appear in the form of glory, on account of the authority becoming a judge. Now it pertains to the dignity of judicial power to have certain signs that induce people to reverence and subjection: and consequently many signs will precede the advent of Christ when He shall come to judgment, in order that the hearts of men be brought to subjection to the coming judge, and be prepared for the judgment, being forewarned by those signs. But it is not easy to know what these signs may be: for the signs of which we read in the gospels, as Augustine says, writing to Hesychius about the end of the world (Ep. lxxx), refer not only to Christ's coming to judgment, but also to the time of the sack of Jerusalem, and to the coming of Christ in ceaselessly visiting His Church So that, perhaps, if we consider them carefully, we shall find that none of them refers to the coming advent, as he remarks: because these signs that are mentioned in the gospels, such as wars, fears, and so forth, have been from the beginning of the human race: unless perhaps we say that at that time they will be more prevalent: although it is uncertain in what degree this increase will foretell the imminence of the advent. The signs mentioned by Jerome are not asserted by him; he merely says that he found them written in the annals of the Hebrews: and, indeed, they contain very little likelihood.
Reply to Objection 1. According to Augustine (Ad Hesych., Ep. lxxx) towards the end of the world there will be a general persecution of the good by the wicked: so that at the same time some will fear, namely the good, and some will be secure, namely the wicked. The words: "When they shall say: Peace and security," refer to the wicked, who will pay little heed to the signs of the coming judgment: while the words of Luke 21:26, "men withering away," etc., should be referred to the good.
We may also reply that all these signs that will happen about the time of the judgment are reckoned to occur within the time occupied by the judgment, so that the judgment day contains them all. Wherefore although men be terrified by the signs appearing about the judgment day, yet before those signs begin to appear the wicked will think themselves to be in peace and security, after the death of Antichrist and before the coming of Christ, seeing that the world is not at once destroyed, as they thought hitherto.
Reply to Objection 2. The day of the Lord is said to come as a thief, because the exact time is not known, since it will not be possible to know it from those signs: although, as we have already said, all these most manifest sings which will precede the judgment immediately may be comprised under the judgment day.
Reply to Objection 3. At His first advent Christ came secretly, although the appointed time was known beforehand by the prophets. Hence there was no need for such signs to appear at His first coming, as will appear at His second advent, when He will come openly, although the appointed time is hidden.

I think most of us should be more concerned about our particular judgment than the final one. Too much theorizing about the End Times can be a distraction, taking us away from considering our own souls and our state of sinfulness or holiness at the time of our deaths.