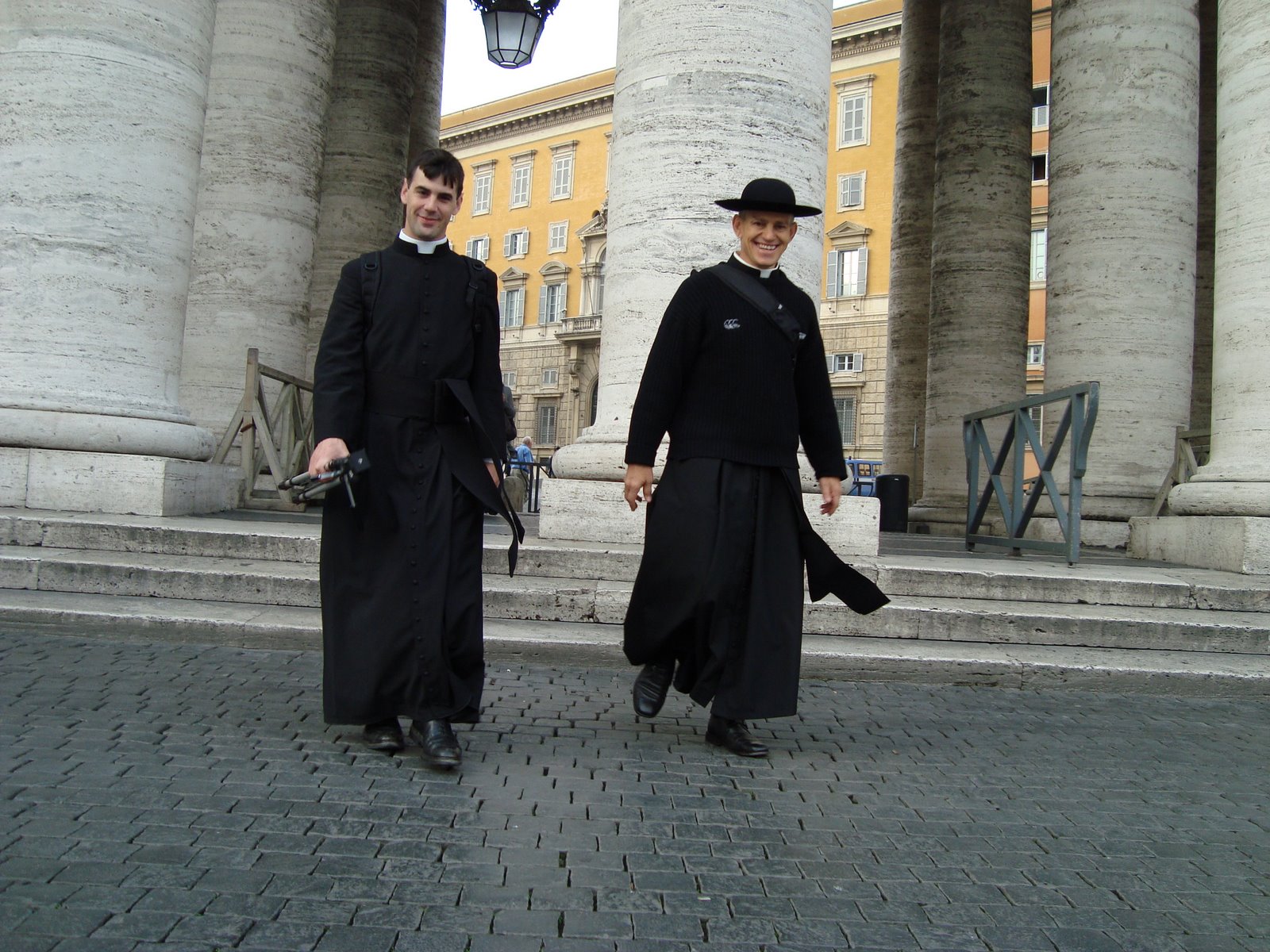 A vocation is a call from God. A person cannot create a vocation to the priesthood, religious life of a monk, or nun or active sisterhood, if God does not initiate the call.

I have been thinking of some young people I know who have been struggling with vocations and I want to address them, and parents as well.

First of all, God calls the humble, not the proud. To be a priest or sister, a monk or nun, demands an attitude of service to the Church and not a careerist attitude. Too many young people see the priesthood, especially, as a way to "get ahead", to have influence in the world on a human level. This reaching out for status is particularly a temptation for those who think they do not fit in the world, or who even have little talents for worldly occupations. If one cannot work, one cannot serve. To be a good priest is hard work. Also, as noted before, a seminarian and a priest must be a teachable person, one open to learning the long history, theology and philosophy of the Church, plus all the pastoral skills. Humility is key.

Second, a call does not depend necessarily on intelligence or skills, but one must be able to fulfill the duties of a novitiate or a seminary. The Church needs bright young sparks to become priests, especially today, as the need for apologetic seems more and more necessary. One cannot have learning disabilities or a low IQ and be a pastor who must administer perhaps five parishes, travel consistently, balance budgets, encourage the laity and be a saint. To do what most lay people would not have to do, that is, multitask, forms a huge role of the priest in today's society. Long gone is the priest in his ivory tower dictating roles to others, especially if there are no lay persons willing to help out. Last year, at Easter, my parents' pastor pleaded for help in the Church and especially for young men to consider the deaconate, as so many priests in that diocese were getting old and even some younger one were ill with constant problems.

To be a priest in any situation now, is to be a missionary and not a prima donna. I can see the hard work and long hours necessary for the priest in most countries. Even in Malta and Gozo, there is now a priest shortage, which means most priests have multiple jobs, such as pastor and teacher, as they have in my old home diocese. A canon lawyer also works in a parish, even as a pastor, and so on. 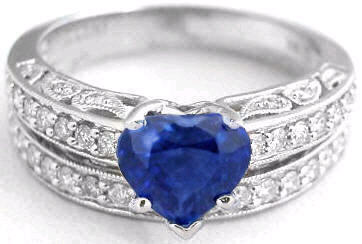 Third, a priest or nun, brother or sister in religion, must leave all and follow God. To think they can live like comfortable middle-class people is not only an error in judgement, but a sign that, perhaps, that young person does not have a call. Again, the comfortable life is fast disappearing. To be physically uncomfortable is now part of the call, and should be.

Fourth, a call is a mysterious relationship between the individual and God. This relationship has been in the Mind of God for all time, despite the difference of time, historical context and genetics. God knows those He calls from the very moment of their existence in the womb. A call just does not pop out of nowhere, but comes from the Lord Who created the person to be a priest, a nun and so on.

That relationship can be thwarted, by free will, as no one is forced into following a vocation. But, there is another side to this coin of free will and that is grace. God gives the grace to say "yes" and I believe that if someone says "no", they have rejected a particular grace. 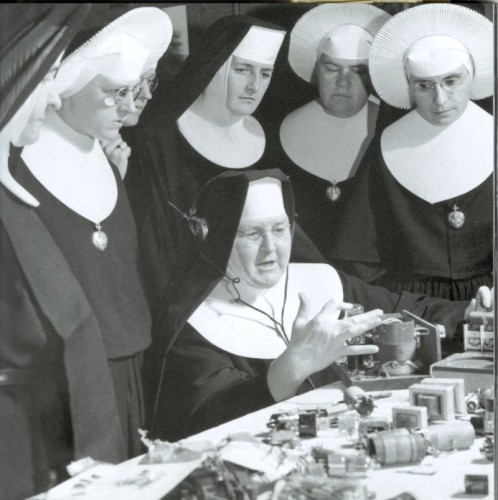 Fifth, in opposition to the fourth point is the truth that one cannot conjure up a call if one does not have one. Grace simply is not there to be a priest, a nun, a brother, a sister. One cannot work or live without grace for any length of time, as that life is built on sand and not solid rock. Sadly, I know several men who thought they were called to the priesthood and wasted time seeking the place to live this vocation out when there was no place, because that was not God's will for them.

To keep trying and failing is a sign of a lack of a vocation and too many people want to blame others, such as the order, or institution, the diocese or even Rome for being rejected. God does the choosing and God does the rejecting for His purposes, especially if someone has tried several orders or dioceses. Such moving about from one diocese or order to another is a sign that a person does not have a vocation.

Sixth, physical strength and health, as well as the absence of disablities is a sign as well. Again, the lifestyles are demanding. These physical demands are what proved to me that I did not have a vocation to the one order which was open to me joining-Tyburn. I simply could not keep up with the very disciplined and hard schedule. God did not make me for such a rule, as much as I loved being in Tyburn.

Seventh, one can love the trappings of the religious life or priesthood, such as the Liturgy or monastic environments, even soutanes and habits, but this does not mean that one has a vocation, as these are outward manifestations of a larger reality, and an interest, or even a passion, could mean one is called to be a liturgist, a cantor, a writer of sacred music, or a maker of vestments, as examples.

Eighth, a real sign of a vocation today is to accept the Church as it is, with both the EF and NO form of the Mass, and the various female orders either new and with teething pains, or old and needing patience. One does not get married if one wants to CHANGE the woman or man to whom one is engaged. That is a recipe for disaster. Likewise, one does not join a religious order or a diocese thinking that one will change the status quo. Not only does that exhibit the sin of pride, but an immaturity. Saints who reform orders, or men or women who convert their spouses, are rare, indeed.

We are made in the image and likeness of God and how God wants us to work out our salvation is His perfect plan for us. Several excellent writers have noted that a person will not find happiness or peace in this life if he or she chooses the wrong vocation. Even if that happiness is the unfelt joy of St. Therese, there must be a deeply rooted peace about one's vocation.

I am writing this as I am grieved by two friends who refuse to give up pursuing something to which God has not called them after several failures. These two women have tried again and again to become nuns and have left several orders because they have not fit in.

Why they are so stubborn reveals a mislaid pride, thinking that the only way they can be holy is to be a nun. And, they are, I am afraid, seeking a status or lost ideal of perfection. They have lived very unhappy and thwarted lives. I wish them the best, but they need to move on into a lay mindset.

The rule of orders is the more perfect way, as a rule is set up to help a person be a saint, which our jobs in the world do not do. Secular pursuits are not perfect objectively, ordered to the growth of the spiritual life, as are the rules of the Benedictines, Carmelites and so on.

But, to be humble and recognize that God has called one to a less perfect way in the world and still strive for great sanctity is a true gift of self-denial, death to the self. Sometimes, a man is a "bad priest" or a woman a "bad nun" because they should not have been such in the first place.

What happens in reality is God's Will. I firmly believe this. One must embrace this truth. However, God honors our free wills as sacred.  A tragic thing happened to someone who struggled with a vocation to the priesthood for years and years, finally falling in love and becoming engaged. His mind kept going back and forth on his decision even to the day of the wedding. On his wedding day, he actually heard God, as he stood at the altar, that the marriage was not God's will for him. But, he went ahead with the sacrament. That man has been married for over twenty years now, and he has a core of sad peace. He knows he chose incorrectly, but he loves his wife and will continue with his vows until he dies. He believes that he just did not listen well. One should get advice from others, and many people thought he should have been a priest. The parish people discussed this for years when he was young. There is a mystery in his life, but he is good and dedicated. His wife knows the story and they have come to love each other in a special way, in a suffering, but at peace. One can say "no" to God. I wonder if when they are older, she may not let him go into the priesthood? This is possible, as one can leave a vow to go on to a higher call. 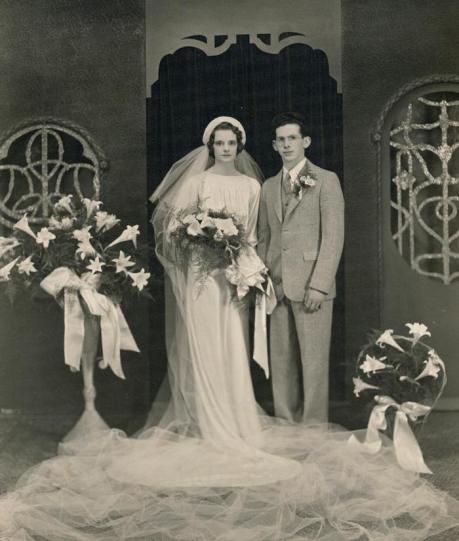 One cannot play God and be something God did not create one to be. And, like marriage, or the rare call of singleness for the Lord, one is being, not just doing, what God intended for all time for one's life.

A man or woman must honestly look at who they are, what their gifts are, and what physical traits are theirs in order to understand whether they have a vocation or not. To be holy is to fulfill the call of God, not to fulfill one's own desires, which may not be in keeping with God's plans.