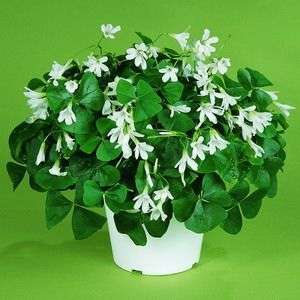 The soul of Ireland is gone.

The country that has sold virtual space to other nations...

and has lost its sovereignty . The Irish have institutionalized rebellion. And, lost individual rebellion.

If the individual is rebellious, that is a healthy.

But, what happens when a government becomes rebellious?

The government is not beholding to anyone and is a reverse democracy, which is an illiberal democracy or an inverse totalitarianism.

If you do not get this, read this from wiki:

In Days of Destruction, Days of Revolt by Chris Hedges and Joe Sacco, inverted totalitarianism is described as a system where corporations have corrupted and subverted democracy and where economics trumps politics.[5] In inverted totalitarianism, every natural resource and every living being is commodified and exploited to collapse as the citizenry is lulled and manipulated into surrendering their liberties and their participation in government through excess consumerism and sensationalism.[6][7]

Read more here on the US as well, but this has happened already in Ireland.


The book by Wolin mentioned in this article is key.Democracy Incorporated: Managed Democracy and the Specter of Inverted Totalitarianism

Wolin believes the democracy of the United States is sanitized of political participation, and describes it as managed democracy: "a political form in which governments are legitimated by elections that they have learned to control".[13] Under managed democracy, the electorate is prevented from having a significant impact on policies adopted by the state through the continuous employment of public relations techniques.[14]
Wolin believes the United States resembles Nazi Germany in one major way without an inversion: the essential role propaganda plays in the system. According to Wolin, whereas the production of propaganda was crudely centralized in Nazi Germany, in the United States it is left to highly concentrated media corporations, thus maintaining the illusion of a "free press".[15] According to this model, dissent is allowed, though the corporate media serve as a filter, allowing most people, with limited time available to keep themselves apprised of current events, to hear only points of view that the corporate media deem "serious".[16][4][17]
According to Wolin, the United States has two main totalizing dynamics:
and more

Kevin Zeese and Margaret Flowers expressed the view that:[7]

"We are living in a time of Inverted Totalitarianism, in which the tools used to maintain the status quo are much more subtle and technologically advanced ... These include propaganda and major media outlets that hide the real news about conditions at home and our activities around the world behind distractions ... Another tool is to create insecurity in the population so that people are unwilling to speak out and take risks for fear of losing their jobs ... Changes in college education also silence dissent ... Adjunct professors ... are less willing to teach topics that are viewed as controversial. This, combined with massive student debt, are tools to silence the student population, once the center of transformative action."[7]

This is what happens when the Lord God is set aside for the god, Mammon.

UPDATE: I am reminded of what a holy hermit said over a year ago. Under the Druids, satan tried to get Ireland for himself. Now, he is succeeding.
.