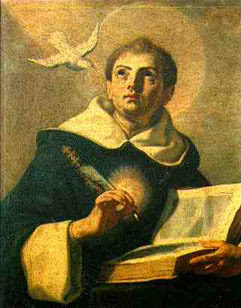 Before moving on to Molinism, let me give a short review of Garrigou-Lagrange in his own words on efficacious grace.

Particularly in contemplative prayer which accompanies the passive purification of the spirit does the soul derive almost an experiential knowledge of what the efficacious grace of God means. And to this grace applies what St. Paul says of the word of God (Heb. 4:12f.): “The word of God is living and effectual, and more piercing than any two-edged sword; and reaching unto th division of the soul and the spirit, of the joints also and the marrow, and is a discerner of the thoughts and intents of the heart. . . . All things are naked and open to His eyes.” But the knowledge of God founded in His causality (for the knowledge of God is the cause of things) extends even to our interior consent, since His hidden causality, at once gentle and strong, extends to this very consent. These two modalities of the divine action (sweetness and strength) are so closely connected that to minimize one of them, strength, for instance, is by that very fact to minimize the other, that is, sweetness. The grace of God is not gentle, penetrating into the very interior of free will, unless on account of its great effcacy, according to that principle of St. Thomas (Ia, q. 19, a. 8): “Since the will of God is most efficacious, not only does it follow that those things are done which God wills should be done, but also that they are done in the manner in which He wills them to be done.”

4. The doctrine of intrinsically efficacious grace also leads to a high degree of the practice of the theological virtues, for it is closely identified with the sublime mystery of predestination maintained in all its loftiness, in accordance with the teaching of St. Paul (Rom. 8:28; Eph. 1:5); St. Augustine (De praedestinatione sanctorum, De dono perseverantiae), and St. Thomas (Ia, q. 23, a. 5). This doctrine is founded upon the word of God according to St. John (6:39): “Now this is the will of the Father who sent Me: that of all that He hath given Me, I should lose nothing; but should raise it up again in the last day.” 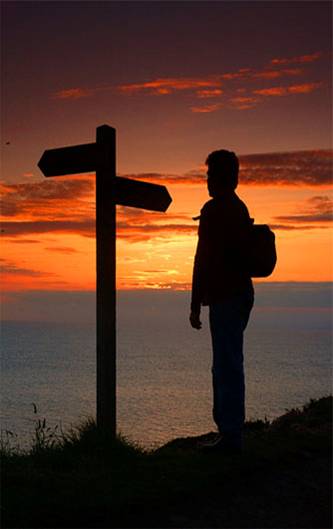 
Therefore our first conclusion remains firm, that grace is intrinsically efficacious. This truth is closely related to the principle of predilection, namely: “Since the love of God is the cause of the goodness of things, nothing would be better than another if God did not will greater good to one than to the other” (St. Thomas, Ia, q. 20, a. 3).  No one would be better than another if he were not loved and assisted to a greater extent by God. The whole problem can be reduced to the unsolvable dilemma: “God either determines or is determined by another; no mean is possible.” If God does not determine, then He is determined by our consent through foreseenscientia media; He is not entirely independent, but depends in some respect upon His creature.

Second conclusion. The intrinsic efficacious grace is not adequately explained by moral or objective or attracting motion, however it may be termed, that is, by a delight which takes the ascendancy or by an accumulation of moral helps.With respect to the ascendant delight, which, saving free will, the Augustinians, such as Berti and Bellelli admitted (thereby dissenting from the Jansenists), it should be said that it is not necessary, frequently is not present, and does not move infallibly toward free choice. For truly it is often lacking; many men are converted not by the attraction of heavenly joys which surpass those of the flesh, but rather from the fear of hell. (Cf. Council of Trent, Sess. VI, chap. 6.) Besides, the saints performed many good works without any pleasure, indeed with great aridity and suffering attached to them. Hence man does not always pursue the greatest indeliberate pleasure; he chooses what seems to him better here and now, even if it is better only from the motive of obligation, without any antecedent delight.  However, a superior delight follows, namely, that of having accomplished his duty, of conformity to the divine will.

I hope readers are beginning to see the lack of understanding among some of the cardinals regarding what grace is and how it works. Also, the entire question of obedience and trying to conform to God's Will arises after conversion as well as in the conversion moment.

When looking at the giving of Holy Communion to those in irregular marriages, and when considering the value of gay relationships, one must consider that these Catholics are not living a life of virtue, are outside the workings of efficacious grace.

The Thomists believe that grace penetrates the will. And, it is not only that people are converted by sweetness from God, but by sufferings and the detachment of their wills from pleasure. This strand of thinking seems to be totally lacking in some of the cardinals' comments at the Synod.

If grace penetrates the will, why are people not converting and not growing in holiness?

What has been overlooked is that some people just choose the opposite of God's Will. They choose their own will. They are, as Garrigou-Lagrange writes, resisting sufficient grace, the grace of salvation. This is what certain cardinals are either ignoring or denying with regard to conversion. There can be nothing "gradual" about accepting sufficient grace. It is "sufficient" for salvation, for conversion.

Garrigou-Lagrange in Chapter One of Grace clarifies the first error of the Jansenists, which may be seen in some comments lately in the press from the clergy.

... first Jansenist proposition is, in fact, thus expressed: “Some precepts of God to just men who are willing and striving, are, in the present state of their powers, impossible; grace is wanting to them, also, by which such precepts may become possible.” Augustine declared the contrary, as cited by the Council of Trent: “God does not command the impossible, but by commanding He incites thee both to do what thou canst and to ask what thou canst not, and He assists thee that thou mayest be able” (Denz., no. 804).


Have you not heard people say that conversion to the disciplines of the Church concerning marriage and same-sex relations are "just too hard"? This deceit denies the graces of God through the Catholic Church.

In a footnote in this long and deep chapter on efficacious grace, the author notes this, which will resonate with those who read the long perfection series.

St. Nicholas de Flue, known in Switzerland as the “Father of his country,” prayed thus: “My Lord and my God, take away from me whatever withdraws me from Thee; give me whatever leads me to Thee; take me away from myself and give me wholly unto Thee, that I may be wholly Thine.” This is a very beautiful expression of the efficacy of grace in the purgative, illuminative, and unitive ways.

Email ThisBlogThis!Share to TwitterShare to FacebookShare to Pinterest
Labels: free will, grace, Molinism, perfection, perfection again, Semi-Pelagianism, slavery of the will;freedom of the will, synod
Newer Post Older Post Home