On the Maccabees and Hierarchies of Vocations: some to pray, some to minister, some to fight and some to do all three

Posted by Supertradmum
Some Catholics have been taught erroneously that there is no longer a hierarchy of vocations. In the Midwestern part of the States, this was commonly taught by the priests in liberal dioceses: that marriage was equal to the call to the priesthood and religious life. Some priests insisted this "new teaching" was a result of Vatican II. Hmmm....

Blessed John Paul II has a neglected letter on this subject. In his Apostolic Exhortation Vita Consecrata, the Blessed writes this: 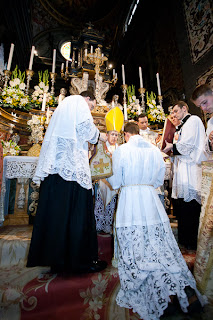 Many of the baptized throughout history have been invited to live such a life "in the image of Christ". But this is possible only on the basis of a special vocation and in virtue of a particular gift of the Spirit. For in such a life baptismal consecration develops into a radical response in the following of Christ through acceptance of the evangelical counsels, the first and essential of which is the sacred bond of chastity for the sake of the Kingdom of Heaven.This special way of "following Christ", at the origin of which is always the initiative of the Father, has an essential Christological and pneumatological meaning: it expresses in a particularly vivid way the Trinitarian nature of the Christian life and it anticipates in a certain way that eschatological fulfilment towards which the whole Church is tending.n the Gospel, many of Christ's words and actions shed light on the meaning of this special vocation.


All baptized and confirmed Catholics have the Indwelling of the Holy Spirit, but some are called to live this more clearly and closely in the Holy Spirit. Blessed (correct to Saint-stm) John Paul II continues:


All are equally called to follow Christ, to discover in him the ultimate meaning of their lives, until they are able to say with the Apostle: "For to me to live is Christ" (Phil 1:21). But those who are called to the consecrated life have a special experience of the light which shines forth from the Incarnate Word. For the profession of the evangelical counsels makes them a kind of sign and prophetic statement for the community of the brethren and for the world; consequently they can echo in a particular way the ecstatic words spoken by Peter: "Lord, it is well that we are here" (Mt17:4). These words bespeak the Christocentric orientation of the whole Christian life. But they also eloquently express the radical nature of the vocation to the consecrated life: how good it is for us to be with you, to devote ourselves to you, to make you the one focus of our lives! Truly those who have been given the grace of this special communion of love with Christ feel as it were caught up in his splendour: he is "the fairest of the sons of men" (Ps 45:2), the One beyond compare.

All people like a challenge. The best and the brightest want to be marines, brain surgeons, great writers, even inventors. Those who are challenged at an early age rise to the challenge.

We have two generations of mediocrity owing to the fact that parents have not challenged their children, or rarely. Some parents have even let their children decide for themselves whether they want baptism. Parents will stand before God and be judged for this laxity. 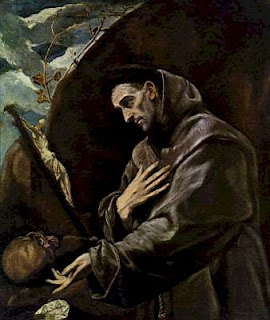 John Paul II continues the old, old idea that the religious life and priesthood are special callings from God. The evangelical counsels are thus above all a gift of the Holy Trinity. The consecrated life proclaims what the Father, through the Son and in the Spirit, brings about by his love, his goodness and his beauty. In fact, "the religious state reveals the transcendence of the Kingdom of God and its requirements over all earthly things. To all people it shows wonderfully at work within the Church the surpassing greatness of the force of Christ the King and the boundless power of the Holy Spirit."The first duty of the consecrated life is to make visible the marvels wrought by God in the frail humanity of those who are called. They bear witness to these marvels not so much in words as by the eloquent language of a transfigured life, capable of amazing the world. To people's astonishment they respond by proclaiming the wonders of grace accomplished by the Lord in those whom he loves. To the degree that consecrated persons let themselves be guided by the Spirit to the heights of perfection they can exclaim: "I see the beauty of your grace, I contemplate its radiance, I reflect its light; I am caught up in its ineffable splendour; I am taken outside myself as I think of myself; I see how I was and what I have become. O wonder! I am vigilant, I am full of respect for myself, of reverence and of fear, as I would be were I before you; I do not know what to do, I am seized by fear, I do not know where to sit, where to go, where to put these members which are yours; in what deeds, in what works shall I use them, these amazing divine marvels!"


I talk to people who cannot see or do not want to see we are not all created the same. We all have different gifts and talents. I would love to be an Olympic swimmer. I have always loved tennis and wish I had more skill and talent. But, no, these are not my gifts. 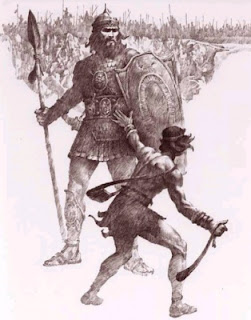 There are levels of holiness. Even the Church recognizes this by calling some saints Great and some Doctors of the Church. All saints are holy, but they are not the same.

Tradition with a small "t" in the Church says that St. Francis is the saint most like Christ Himself. In the Old Testament, we are told in the Scriptures that St. David, the King, is "a man after God Own Heart".  St. Francis is not just the man who loved birds and tamed wolves. He has the stigmata. King David was not merely the one who killed Goliath and thousands of heathens, he ordered his kingdom and wrote beautiful hymns to God. He prophesied as well, and is a type of Christ.

By the way, yesterday in the old calendar, the Saints of the Maccabee Family use to be celebrated. Think on that-men who fought for freedom and the keeping of the Mosaic Law as well as the correct liturgical practices, who shed blood rather than witness the pollution of the sacred Temple, are saints.


This feast needs to be emphasized now, in this time.

That was there vocation, as was Joshua's, to be warriors. Are there any men out there responding to that call?

Parents, challenge your children. Priests, religious and all in the consecrated life, re-read this beautiful letter. Challenge others to follow by entering the narrow pat