Working My Way Through 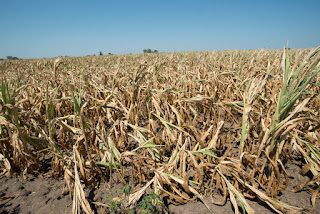 We have the freedom needed to limit and direct technology; we can put it at the service of another type of progress, one which is healthier, more human, more social, more integral. Liberation from the dominant technocratic paradigm does in fact happen sometimes, for example, when cooperatives of small producers adopt less polluting means of production, and opt for a non-consumerist model of life, recreation and community. Or when technology is directed primarily to resolving people’s concrete problems, truly helping them live with more dignity and less suffering. Or indeed when the desire to create and contemplate beauty manages to overcome reductionism through a kind of salvation which occurs in beauty and in those who behold it. An authentic humanity, calling for a new synthesis, seems to dwell in the midst of our technological culture, almost unnoticed, like a mist seeping gently beneath a closed door. Will the promise last, in spite of everything, with all that is authentic rising up in stubborn resistance? Laudato si, paragraph 112

The Pope also states that technological advances have outstripped moral interpretations of such. He decries over and over again utilitarianism and the lack of reflection regarding the advances made by humans in technology. He reminds us how technology has been grossly misused in the past, against members of one's own nation, as it in Holocaust.

There is also the fact that people no longer seem to believe in a happy future; they no longer have blind trust in a better tomorrow based on the present state of the world and our technical abilities. There is a growing awareness that scientific and technological progress cannot be equated with the progress of humanity and history, a growing sense that the way to a better future lies elsewhere. This is not to reject the possibilities which technology continues to offer us. But humanity has changed profoundly, and the accumulation of constant novelties exalts a superficiality which pulls us in one direction. It becomes difficult to pause and recover depth in life. If architecture reflects the spirit of an age, our megastructures and drab apartment blocks express the spirit of globalized technology, where a constant flood of new products coexists with a tedious monotony. Let us refuse to resign ourselves to this, and continue to wonder about the purpose and meaning of everything. Otherwise we would simply legitimate the present situation and need new forms of escapism to help us endure the emptiness. 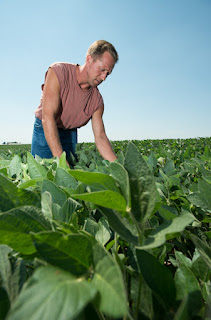 Nobody is suggesting a return to the Stone Age, but we do need to slow down and look at reality in a different way, to appropriate the positive and sustainable progress which has been made, but also to recover the values and the great goals swept away by our unrestrained delusions of grandeur.

A misguided anthropocentrism need not necessarily yield to “biocentrism”, for that would entail adding yet another imbalance, failing to solve present problems and adding new ones. Human beings cannot be expected to feel responsibility for the world unless, at the same time, their unique capacities of knowledge, will, freedom and responsibility are recognized and valued.

120. Since everything is interrelated, concern for the protection of nature is also incompatible with the justification of abortion. How can we genuinely teach the importance of concern for other vulnerable beings, however troublesome or inconvenient they may be, if we fail to protect a human embryo, even when its presence is uncomfortable and creates difficulties? “If personal and social sensitivity towards the acceptance of the new life is lost, then other forms of acceptance that are valuable for society also wither away”.......................

123. The culture of relativism is the same disorder which drives one person to take advantage of another, to treat others as mere objects, imposing forced labour on them or enslaving them to pay their debts. The same kind of thinking leads to the sexual exploitation of children and abandonment of the elderly who no longer serve our interests. It is also the mindset of those who say: Let us allow the invisible forces of the market to regulate the economy, and consider their impact on society and nature as collateral damage. In the absence of objective truths or sound principles other than the satisfaction of our own desires and immediate needs, what limits can be placed on human trafficking, organized crime, the drug trade, commerce in blood diamonds and the fur of endangered species? Is it not the same relativistic logic which justifies buying the organs of the poor for resale or use in experimentation, or eliminating children because they are not what their parents wanted? This same “use and throw away” logic generates so much waste, because of the disordered desire to consume more than what is really necessary. We should not think that political efforts or the force of law will be sufficient to prevent actions which affect the environment because, when the culture itself is corrupt and objective truth and universally valid principles are no longer upheld, then laws can only be seen as arbitrary impositions or obstacles to be avoided. 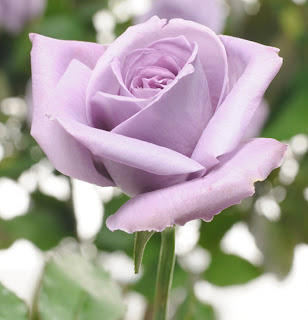 This middle section is superb. And, I shall get back to my discussion on Benedictine and Ignatian communities soon.

Here is the Pope...touching on this subject.

126. We can also look to the great tradition of monasticism. Originally, it was a kind of flight from the world, an escape from the decadence of the cities. The monks sought the desert, convinced that it was the best place for encountering the presence of God. Later, Saint Benedict of Norcia proposed that his monks live in community, combining prayer and spiritual reading with manual labour (ora et labora). Seeing manual labour as spiritually meaningful proved revolutionary. Personal growth and sanctification came to be sought in the interplay of recollection and work. This way of experiencing work makes us more protective and respectful of the environment; it imbues our relationship to the world with a healthy sobriety.