A Heritage of Luther--No Cause for Celebration in My Mind

Posted by Supertradmum
I had forgotten, until I was re-reading the history of Anglicanism again, that John Smyth, the founder of the first English Baptist Church, baptized himself, as he had concerns over the "true rite".  That must have been difficult. "I baptize me"?  This would have been shortly before 1612, a mere 400 years ago. Within 100 years of Henry VIII's break with Rome, in England alone, there were dozens of break-way, Protestant groups. Besides the Baptists, and Anglicans, (low at that time), there were Quakers, Brownists, Independents, Fifth-Monarchy Men, Sabbatarians, Calvinists, Congregationalists, Adamites, Armenians, Ranters, Puritans, Muggletonians, Socinians, Philadelphians, Sweet Singers of Israel, Levellers, Diggers, Scots Presbyterians, Covenenters of other sorts, Laudians, and some I am probably forgetting.

Why some Catholics insist on celebrating Luther in 2017, the 500th anniversary of the beginning of the Revolt, I do not understand. A Revolt, not a Reformation....sorry. 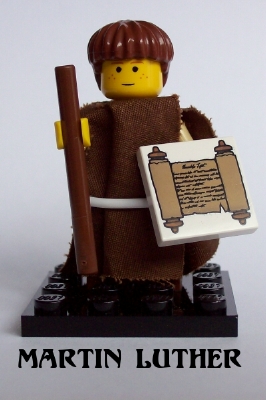