On judging by fruit 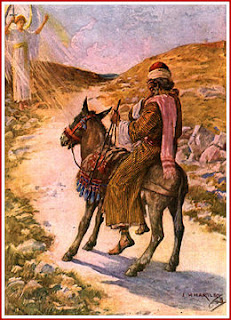 Some Catholics want to judge apparitions or visionaries by the fruit of the ministries which pop up around such places. Fruit, by itself, is not sufficient for judging whether a vision or elocution is from God. I have an example which I share when I get into these types of discussions.

A young person I know came to Christ on the dance floor of a club. She was a clubber and a dancer. She may even had a red dress on. So, do we enshrine a club where she was converted?

Another person I know was converted at Niagra Falls. All of the sudden, he knew God was real and he became a strong Christian. Do we have a shrine there?

Because a person became closer to God through a visit to a seer does not mean that those apparitions are true. In logic, we call this "non sequitur" as to cause and effect.


God can use anything, including Balaam's donkey in the Old Testament, to speak truth or lead someone to Him.


One of my friends was converted when she went to receive communion at a Protestant service and realized, then and there, it was not the Body of Christ, but bread. The Spirit blows where He will.