Posted by Supertradmum
As per requests from some readers, I am briefly defining some of the sins and then will define some of the virtues from Garrigou-Lagrange.

I think most of us understand and have even heart this idea before from Aquinas: St. Thomas observes that the sins of the flesh are more shameful than those of the spirit, for they lower man to the level of the brute; but those of the spirit, such as pride, the only ones that exist in the devil, are more grave for they are more directly opposed to God and turn us more away from Him.(11)


And, this passage is a repetition, just as a reminder. According to St. Gregory and St. Thomas,(12) pride or arrogance is more than a capital sin; it is the root from which proceed especially four capital sins: vanity or vainglory, spiritual sloth or wicked sadness which embitters, envy, and anger. Vanity is the inordinate love of praise and honors. Spiritual sloth saddens the soul at the thought of the labor involved in sanctification, and at the thought of the spiritual good of good works because of the effort and abnegation they require. Envy inclines us to grow sad over another's good, in so far as it appears to oppose our own excellence. Anger, when it is not just indignation but a sin, is an inordinate movement of the soul which inclines us to repulse violently what displeases us; from it arise quarrels, insults, and abusive words. These capital vices, especially spiritual sloth, envy, and anger, engender a wicked sadness that weighs down the soul; they are quite the opposite of spiritual peace and joy, which are the fruits of charity.


Sadly, most people do not even consider some of these sins as sins. Sloth is a very common sin among the laity, causing people not to read, pray or work at their salvation.


Envy is also common and a basis for many of the "Occupy" movements we has seen since last Fall. Most societies are into the "politics of envy", which is easy to understand.


Sadly, however, especially in light of many events lately, anger as a capital sin, has become more and more common. In these times, some people feel like they have a right to be angry express that anger. Discipline with regard to being patient and not insulting seems to have disappeared. 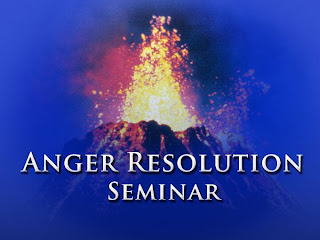 Notice that all of these serious sins stop peace and joy.

I was on a train last week and a young woman across from me was on a cell phone. I could not ignore her conversations, nor could anyone else. She was unhappy about everything. I really felt sorry for her.

She had phoned several people about this and that and all the stories were negative and complaining.
This young woman will never be happy until she realizes that her anger, envy, and pride weigh her down and damage her judgement. She is in a negative spin about the entire world in which she lives. And, she is only about 23. How sad. But, sin has become a habit with her and she has no one to point out to her that her soul is heavy and not experiencing joy, peace and charity. Her words betray a habit of complaining, and we are warned against this time and again in the Scriptures. So many young people have been raised without any moral framework, and we must pray for her and all who have not the will nor the inclination to break out of negativity.

Capital sins are deadly and become habitual easily. If we are sinning in these areas, we must beg God to break through our complacency and show us the remedies. The remedies, beginning with self-knowledge, are repentance and grace to live the life of virtue.
-
One cannot take a short-cut to heaven. One cannot skip stages of spiritual growth. Not to be arcane, Garrigou-Lagrange points out the consequences of the capital sins.

By the consequences of sin are generally understood the remnants of sin (reliquiae peccati), the evil inclinations left, so to speak, in our temperament even after sin has been forgiven, as concupiscence, which is a remnant of original sin, remains after baptism, like a wound in the course of healing. The consequences of the capital sins may also mean the other sins that spring from them. The capital sins are so called because they are like the head or the principle of many others. We are, first of all, inclined toward them, and by them in turn toward sins that are often more serious.
Thus vainglory or vanity engenders disobedience, boasting, hypocrisy, contention through rivalry, discord, love of novelties, and stubbornness. It is a vice that may lead to most lamentable falls and apostasy.

Spiritual sloth, disgust for spiritual things and for the work of sanctification, because of the effort it demands, is a vice directly opposed to the love of God and to the holy joy that results from it. Sloth engenders malice, rancor or bitterness toward our neighbor, pusillanimity in the face of duty to be accomplished, discouragement, spiritual torpor, forgetfulness of the precepts, seeking after forbidden things. Slipping downward on the slope of pride, vain­glory, and spiritual sloth, many have lost their vocation.

In the same way, envy or willful displeasure at the sight of another's good, as if it were an evil for us, engenders hatred, slander, calumny, joy at he misfortune of another, and sadness at his success.
Gluttony and sensuality also produce other vices and may lead to blindness of spirit, to hardness of heart, to attachment to the present life even to the loss of hope of eternal life, and to love of self even to hatred of God, and to final impenitence.

I have highlighted important points here. We need to make hard decisions to break away from sin and most of the capital sins are mortal. A good confessor can help.

To break away from such sins may mean changing one's lifestyle and even dropping some friends who lead one into sin.

May I add that calumny is not the same as slander. Calumny is lying about someone on purpose to cause that person harm. It is malicious. Slander is also malicious, but involves the spreading of perhaps true evil done by another. Gossip is usually involved in slander. A person who judges another and spreads negative information about another is committing slander.

A few others words have been defined in another post. One more is the phrase spiritual torpor. This is not quite the same thing as sloth, but can be connected. Here is a section which may help.

Sloth in general, pigritia, is a voluntary and culpable repugnance to work, to effort, and consequently a tendency to idleness, or at least to negligence, to pusillanimity,(2) which is opposed to generosity or magnanimity.
Sloth is not the languor or torpor in action which comes from poor health; it is an evil disposition of the will and of the sensible appetites, by which one fears and refuses effort, wishes to avoid all trouble, and seeks a dolce farniente. It has often been remarked that the slothful man is a parasite, who lives at the expense of others, as tranquil as a woodchuck when he is undisturbed in his idleness, and ill-humored when an effort is made to oblige him to work. This vice begins with unconcern and negligence in work, and manifests itself by a progressive dislike for all serious, physical and mental labor.
When idleness affects the accomplishment of the religious duties necessary to sanctification, it is called acedia.(3) It is an evil sadness: opposed to spiritual joy, which is the fruit of generosity in the love of God. Acedia is a disgust for spiritual things, a disgust which leads one to perform them negligently, to shorten them, or to omit them under vain pretexts. It is the cause of tepidity.
This sadness, which is radically opposed to that of contrition, depresses the soul and weighs it down because it does not react as it should. Then it reaches a voluntary disgust for spiritual things, because they demand too much effort and self-discipline. Whereas devotion, which is the promptness of the will in the service of God, lifts the soul up, spiritual sloth weighs down and crushes the soul and ends by causing it to find the yoke of the Lord unbearable and to flee the divine light, which reminds it of its duties. St. Augustine says: "Light which is so pleasant to pure eyes, becomes hateful to infirm eyes which can no longer bear it."
This depressing sadness, the result of negligence, and this disgust, which is at least indirectly voluntary, are quite different from the sensible or spiritual aridity which, in divine trials, is accompanied by true contrition for our sins, by fear of offending God, by a keen desire for perfection, by a need of solitude, of recollection, and of the prayer of simple gaze.


Torpor is a state which must be broken to grow and move away from sin. It can be depression from sinning.


One last long quotation, which will bring hope follows here:

Happily, contrary to what is true of the virtues, these vices or defects are not connected. One may have some without the others; several indeed are contradictory: for example, one cannot be avaricious and prodigal at one and the same time.

But we have to practice numerous virtues, forty or more, if we count all the virtues annexed to the principal ones. With the exception of justice, each stands like a summit between two contrary vices: the one by excess, such as temerity; the other by defect, such as cowardice.
Moreover, certain defects resemble certain virtues: for instance, pride is in some ways similar to magnanimity. It is important to have discretion or Christian prudence to discern clearly the virtue from the defect which in certain respects resembles it. Otherwise, false notes may be struck on the keyboard of the virtues: for example, pusillanimity may be confounded with humility, severity with justice, weakness with mercy.


This is why we cannot grow on our own. We must be in relationships. This is God's plan for us.