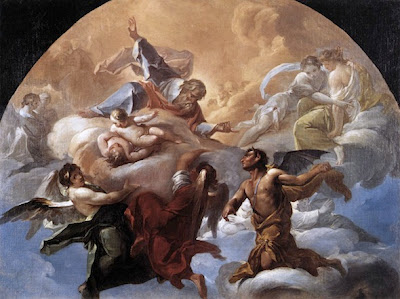 And that great dragon was cast out, that old serpent, who is called the devil and Satan, who seduceth the whole world; and he was cast unto the earth, and his angels were thrown down with him. Revelation 12:9 DR

Satan is a deceiver. He will take truths and twist them into half-truths. He feeds some people false hope about salvation, especially those who have loved ones, family members who are far from God. There is only one way to be saved and that is accept Christ and His Church. The merits of the Catholic Church save some who are outside but we cannot say who. Christ created the Church to give us sanctifying grace through the sacramental life of the Church. There is no other way to get sanctifying grace. God is merciful, but in the economy of salvation, He sent His Son into the world to create the one, true Church. This is part of our creed. If we depart willingly from the Creed, we may lose our own salvation. Do not depart from the graces you have been given through the Church. I repeat the Creed here for you.


I believe in one God,
the Father almighty,
maker of heaven and earth,
of all things visible and invisible.
I believe in one Lord Jesus Christ,
the Only Begotten Son of God,
born of the Father before all ages.
God from God, Light from Light,
true God from true God,
begotten, not made, consubstantial with the Father;
through him all things were made.
For us men and for our salvation
he came down from heaven,
and by the Holy Spirit was incarnate of the Virgin Mary,
and became man.
For our sake he was crucified under Pontius Pilate,
he suffered death and was buried,
and rose again on the third day
in accordance with the Scriptures.
He ascended into heaven
and is seated at the right hand of the Father.
He will come again in glory
to judge the living and the dead
and his kingdom will have no end. I believe in the Holy Spirit, the Lord, the giver of life,
who proceeds from the Father and the Son,
who with the Father and the Son is adored and glorified,
who has spoken through the prophets.
I believe in one, holy, catholic and apostolic Church.
I confess one Baptism for the forgiveness of sins
and I look forward to the resurrection of the dead
and the life of the world to come. Amen


Here is an incomplete list of some of the errors I found on "The Warning" website. This is a short list. I find the messages have become more Catholic and less Protestant. I wonder if this is because so many Catholics are falling for this false seer. All of the points may be found either in the CCC or in the larger archive of documents which makes up the Teaching Magisterium of the Church.

1) There is no additional Revelation after the Book of Revelation. This has been decided by the Church in several councils and in the Catechism of the Catholic Church. Anything or anyone claiming to be or put forward a doctrine or a new revelation is false.

2) The Seven Sacraments of the Church alone provide us with sanctifying grace, and, as in the Sacrament of Confession, that is the only way in which sins can be forgiven and absolution received. I shall repeat this error which is said over and over in the messages.

3) The Church teaches that sins are only purified through purgatory, or purgatory on earth (something which only a spiritual advisor can decide with a person). There is no other way to be purified except through the obedience to the Church and the sacramental life of the Church. Sanctifying grace is necessary for purification.

4) Protestants believe that forgiveness of sins and purification happen directly with Christ. Catholics believe in the sacraments.

7) The is no such thing as a "seal of protection". We receive as Catholics a permanent seal in the Sacrament of Confirmation-here is John Harden on the subject: "To establish or determine irrevocably, in the sacrament of confirmation, when a bishop anoints a person with chrism and says, "[Name], be sealed with the Gift of the Holy Spirit." Thus, by confirmation a baptized Christian becomes permanently marked as a witness of Christ and is enabled to preserve, profess, and communicate the faith even (if need be) with the price of his blood."

This idea of a separate seal undermines the Church's teaching on the sacraments and the authority of the bishops.

8) The only titles we can call Mary and Jesus are those approved by the Church. We cannot make up names for them. 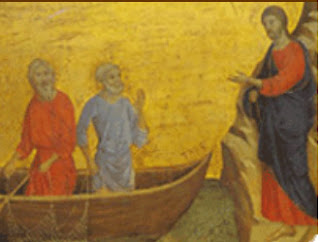 10) The Church states through the Fathers and many commentaries on the Book of Revelation that the seven seals have already been opened in the time of the Romans and although there will be times of trial and tribulations, we cannot apply new revelation to those times. There is, as seen in the first point, no new revelation. The Fathers of the Church are clear on these points.

11) As I read, on the site, Christ said that faith alone secures salvation. No, that is the Protestant idea of sola fide, faith only, held by Luther and others and condemned in the Council of Trent. Salvation though the Passion and Death of Christ is only through the merits of the Catholic Church, through deeds, the sacraments and not merely faith.

12) The Catholic Church is said to be going to cause discord. NO. The Church never does, but the enemies of the Church within may do so. Also, one cannot say that the next Pope will be a false pope as claimed on the site.  God is in charge of the election of popes through the Holy Spirit, and although we have had false popes, there has been clarity after the elections on this, not before. 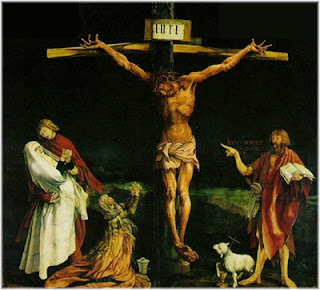 13) The website commentary has moved from Lutheran theology to more of a Catholic perspective in the last few months, indicating contradictions and a pandering to the number of Catholics reading and supporting the site.

14) Mary will not crush Satan in the future, but has done it already in the Incarnation of Christ, Who through His Passion, Death and Resurrection has already crushed Satan. This is the teaching of the Catholic Church in the Creed.

15) The Catholic Church ALONE has the fullness of the Holy Spirit through Whom the Church interpret the Scriptures. The Church has condemned private interpretation of the Bible. All the Books of the Bible, the Canon and the Tradition of the Church is true and none other has the fullness of Truth. Catholic believe in Tradition, Protestants do not which is why they threw out sacramental theology, the doctrines concerning the Church, Our Lady and the Nature of the Person of Christ.

16) Christ DID NOT say that all creeds would be united in Him in the Church. There is only one Creed, which is true, that of the Catholic Church. All others are false, incomplete and man-made and therefore will pass away.

17) Absolution is only given in Confession, not when you repent. That is a Protestant idea skipping the sacrament. Only the priest can absolve sins.

18) Christ tells the see His messages are confusing. NO. Christ is never confusing and His message is the Gospel, which is clearly taught through the Catholic Church.

20) Christ would not give total absolution through prayers as stated on the site. This is a serious error, again undermining sacramental theology, the role of the priest as absolver and the authority of the apostolic Church.  Rome, through special indulgences, such as that of the Divine Mercy indulgence, proclaimed by the Pope alone determines such graces.

21) Love is in the will and not in the feelings, as is stated on the site. Christ does not say "feel my love" but accept my love when He talks to the saints, as love is an act of the will. Frequently, the saints did NOT feel the love of God, even for years and years. Mother Teresa of Calcutta was one. Feelings are deceptive.

22) None of the prayers on the site has an nihil obstat or permission from a bishop. 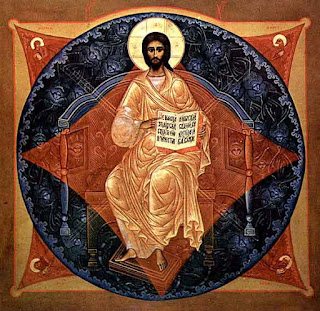