An unbroken succession of those seeking perfection from the time of Christ.... 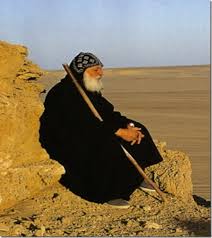 Such a religious state would involve the pursuit of perfection. We have a hard time seeing this unless we look very closely at the Gospels. One is always aware of St. Peter's denial of Christ and his subsequent sorrow, and forgiveness by Christ. This should not get in the way of the establishment of the hierarchical Church, with St. Peter are the First Pope.  Suarez notes that this call to the religious life could, therefore, be as unbroken as the priesthood, the apostolic succession. That would be wonderful if we could prove this, as we can apostolic succession. 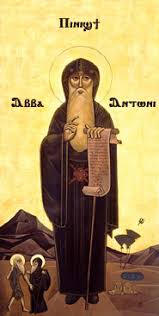 Suarez notes that there were monks before Anthony and that from Anthony to Basil, from Basil to Augustine and from Augustine to Benedict, there is an unbroken line of religious. Not all would be clerics or priests, but many would be.

Suarez writes that Pope Urban speaks of the primitive religious state at being obvious  224 years from the birth of Christ. This looks to me like a good case for the unbroken line of religious down to the present day. 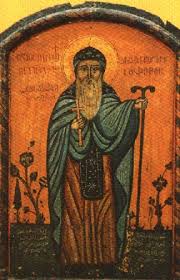 Why is this important? The priesthood is obviously important, but the fact that monks set themselves aside for the pursuit of perfection is important as well.

Think on this, 2012 plus years of continuous religious seeking the perfection of their souls, minds and hearts with the aid of the Trinity. Awesome!