I forgot I am different.... 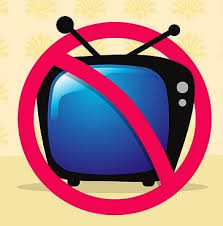 I have followed the news on line and in newspapers. If you watch television news, you are getting the owner of the station or the franchise's views only.

I watch movies either by going once a year or playing DVDs on my computer. The sport I did follow was cricket and from 1997 watched it mostly on line. Same with tennis.

I have gone years not watching t.v. and certain series, I have seen on the computer by DVDs. However, I do not follow anything. I have better things to do. When I use to help students with time management problems, t.v.would be the first thing to go.

We were readers in my family. We did things, like sport, drama, painting, talking about ideas. I simply cannot understand watching hours of television.