Because of the call to blog, I have been forced into a huge cultural change. For months, I ate alone in the monastery, as part of my discernment process. Can you imagine eating in silence (and enjoying every minute of it) and then sitting in a wifi cafe with 140 people, heavy metal, and televisions all going at the same time?

The main problem with the pursuit of perfection in the world is NOISE.

Satan has created this atmosphere of constant noise. One must be silent in order to hear God. One must be able to reflect on each activity of the day and night.

St. Julian's where I am staying is life a rough Los Vegas. It is the party place of Malta. Every type of club one can imagine may be found here. I am a bit ill and had to walk to the chemists. I passed clubs with advertising too raw for this blog. The area reminds me of The Party in HGG.

A cocktail party – of a rather more airborne, long-lasting and aggressive nature than usual – hovering above an unnamed planet and with drunken revellers from all corners of the universe. These included up to the fourth-generation descendants of the original invited guests, visiting beings including Thor the Thunder God, Trillian and the playwright who had won a Rory award (in fact the Silver Bail), and – when they arrived on their mission to save all of creation from the Krikkit Robots – Arthur Dent, Ford Prefect and Slartibartfast. The unnamed world is described as having been ravaged by the party (cheese and wine raids, etc.) and so reduced to abject poverty; eventually, after the Krikkit Robots have been, it is strongly suggested that the party crashed into it--thanks Wiki.. 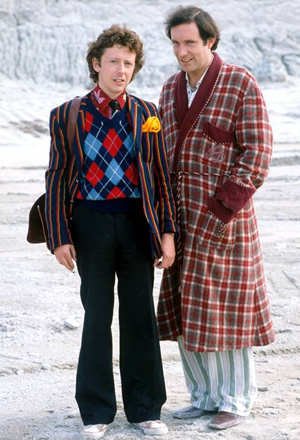 This is not the genteel part of  Malta and "We are the crazy people" rule here. Now, every vacation island and every watering hole have unmentionable clubs. But, I am thinking of souls. Eternity is a very long time, to paraphrase a famous author. Walking through St. Julian's is life seeing the edges of hell opening up for customers. Like the Restaurant at the Edge of the Universe, the advertisements reveal the ever-changing need for novelty and excitement. By the way, for my seminarian friends, did you remember that Guildford is where Ford Prefect  claimed to be from, as opposed to Betelgeuse, his home. But, I digress.

Remember God is heard in the soft breeze, not in the loud thunderstorm or earthquake.

He waits in the silence for us, this Great God of Love, who is the Ruler of Peace and Order. We know who the god of chaos is....