The Martyrs of Walsingham 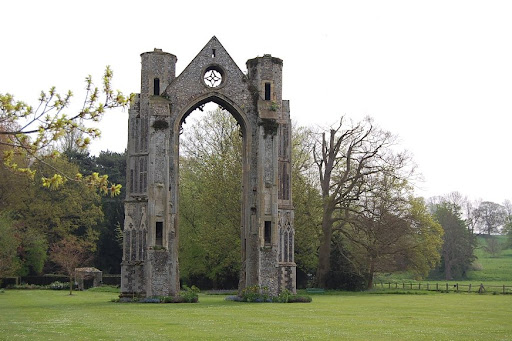 I do not know a lot about the martyrs of Walsingham. Historians have much information on the London martyrs, and those of York and other places.  Sub-prior Nicholas Mileham, a  layman George Guisborough, among others, were executed in 1537. They were taken out of the priory (scant remains above) and killed outside the town boundaries in a small dell now called by the locals "Martyrs Field". The field exudes peace, not violence. There was, to my knowledge, no trial, no semblance of justice, merely mob rule.

Pray for me as I start my pilgrimage this coming week. I shall remember my readers and supporters.

By the way, the original statue of Our Lady of Walsingham was taken by the "Visitators" of Henry VIII and burned at Chelsea London, perhaps because that had been the old home grounds of Thomas More, who was murdered in 1535. Such was the hatred of the King towards Our Mother of God. Henry had personally ordered the destruction of Walsingham, which had been one of the most popular shrines in Europe.