Confusion as to Purgatory and Sin--More Magical Thinking

Posted by Supertradmum
Purgatory is not nice, but necessary.

I have written about this many times, but one more time will not hurt....in fact, this post  is another contradiction of more magical thinking

Only the perfect see God. Confession and the Last Anointing, according to the CCC,  takes away sin, as Christ forgives us of our sins. But, these do not take away the punishment due to sin, or the time of purification necessary for those who die with imperfections and even venial sins. There are many references in the CCC, so look under sections 1499 on and 1020 on.

Remember, that the souls in purgatory are fixed in their sanctifying grace and cannot gain merit for themselves or others. Here is a statement from the Second Council of Lyons:


If those who are truly repentant die in charity before they have done sufficient penance for their sins of omission and commission, their souls are cleansed after death in purgatorial or cleansing punishments . . . The suffrages of the faithful on earth can be of great help in relieving these punishments, as, for instance, the Sacrifice of the Mass, prayers, almsgiving, and other religious deeds which, in the manner of the Church, the faithful are accustomed to offer for others of the faithful.


If anyone says that, after receiving the grace of justification the guilt of any repentant sinner is remitted and the debt of eternal punishment is blotted out in such a way that no debt of temporal punishment remains to be paid, either in this life or in purgatory, before the gate to the kingdom of heaven can be opened: let him be anathema (DB 840).

The Catholic Church, by the teaching of the Holy Spirit, in accordance with Sacred Scripture and the ancient tradition of the Fathers, has taught in the holy councils, and most recently in this ecumenical council, that there is a purgatory, and that the souls detained there are helped by the prayers of the faithful, and especially by the acceptable Sacrifice of the Altar.
Therefore, this holy council commands the bishops to be diligently on guard that the true doctrine about purgatory, the doctrine handed down from the holy Fathers and the sacred councils, be preached everywhere, and that Christians be instructed in it, believe it, and adhere to it.
But let the more difficult and subtle controversies, which neither edify nor generally cause any increase of piety, be omitted from the ordinary sermons to the poorly instructed. Likewise, they should not permit anything that is uncertain or anything that appears to be false to be treated in popular or learned publications. And should forbid as scandalous and injurious to the faithful whatever is characterized by a kind of curiosity and superstition, or is prompted by motives of dishonorable gain (DB 983). more here 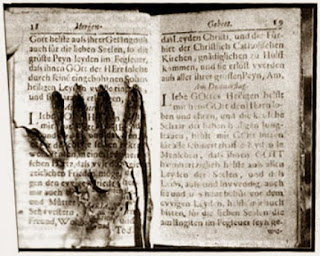 Some priests do not teach the Church's teaching on purgatory and assume all people go to heaven after the Last Rites. Such a thing was said today.

Here is the section from The Enchiridion of Indulgences: