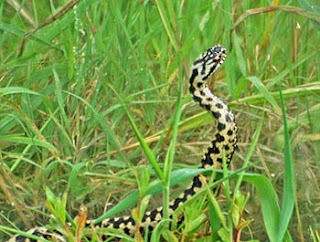 A faithful reader has alerted me to the group Magnificat Meals. There is great confusion here, and obviously, New Age and occult influence. But, just to complicate matters, there are two groups with almost identical name and not the same at all.

There is another group which uses the same name and that is here. Do not confuse these groups.

Here is the first one.

The Maltese group is part of this worldwide group, and I had warned them myself about reiki and enneagrams, which a Jesuit was telling them were ok. Not ok! They belong to the American group.

Two groups, same name.... Here is the second website and it is obviously NOT orthodox.

In the States, the first group allows the Magnificat monthly booklet to use the name and get funds for the copyright. I read the entire book of rules of the American group and it is charismatic, but I found no written New Age influence, which is clearly seen here in the other group highlighted immediately above.

The group from Australia is cultic and in deep error.

Satan is alive and well and his minions, "roaming the world seeking the ruin of souls." St. Michael, pray for us.

Father Hayden in Malta  is the spiritual director of Magnificat Malta. I have good friends in that group, which is connected to the America group of the first link above.

I have met Fr. Hayden.

Of course, I am in disagreement with him about some Marian apparitions, not approved by Rome. He is also too charismatic for me. But, he gave solid direction to a talk I attended.