On storms and abortion....and money 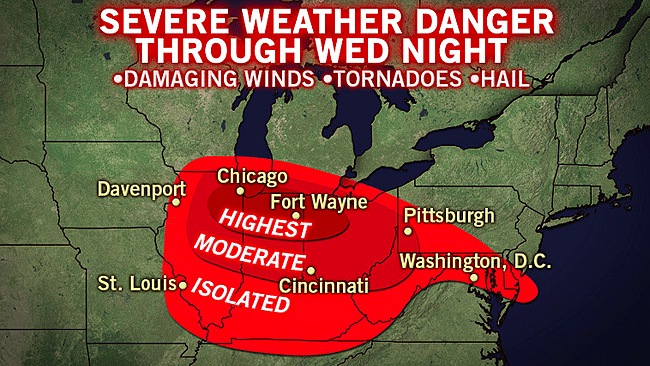 As I sit in a really cold room this morning, I am grateful that my family members were not affected by the huge storm which passed though their area. The storms were caused by a derecho, which means that the winds move in a straight line, and can cause tornadoes.

Here is a photo from Wiki and a chart from Wiki.  http://en.wikipedia.org/wiki/Derecho Today, I am homesick, which rarely happens. I love the heat of summer and miss the exciting weather. Living in a cold, damp climate despite the beautiful gardens, for the last few months, makes me want blue skies and hot temperatures. I am supposed to be going to Ireland very soon, invited by a friend, and I am not sure I can face two things there-the horrible weather and the new culture of death. What is worse, horrible weather or the death of babies? The press goes on and on about people lost in storms and is silent on the huge killing of babies in the womb. Double standards. Anti-child. Utilitarianism. The world is fast becoming anti-life in a wholesale fashion.

This new law is being pushed to be passed by summer....whenever summer arrives, I do not know, sitting in this cold room, with a fire and my coat on over my jammies....

The state of anti-life in Ireland shows how quickly a culture can change. This is one prophecy that Robert Hugh Benson got wrong in his great book, The Lord of the World. One hundred years ago, although he could imagine Great Britain turning evil, he could not envision Ireland doing so.

Tragic...Ireland has lost her identity. She has made up another one, which has money as god. I spoke with a woman last night and noted that some of the English and some of the Irish talk about how much things cost all the time. No exaggeration. Where I come from, to speak of the price of things and complain is really bad form. These discussions, which happen daily reveal two things-one, money is god and therefore needs such obvious attention; two, people avoid serious discussions, such as abortion, ssm, etc. and talk nonsense or trivia in order not to upset others. Oh, dear....