Posted by Supertradmum
I want to use this last post in this series to answer questions. So please ask. Thanks for following.  And here are some statistics for those who still have not decided....

Brian D. Ray, Ph.D. shared his study of adults who were home schooled in his book "Home Educated and Now Adults."
He interviewed 5,254 people who were home schooled for 7 or more years, ranging in age from 16-69 with 74% of them being age 18-24.
He got his data for the general U.S. population statistics from the National Opinion Research Center General Social Survey, filtering it by ages 16-29 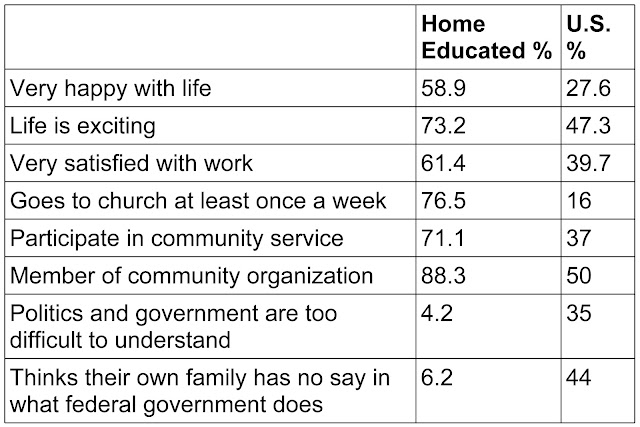