Virtues in Children Continued on The Predominant Fault

Posted by Supertradmum
As the regular readers know, I did a long posting theme in the Summer on forming virtues in children. This is in the home schooling, home education series and quite detailed. The labels are on the side. Also, one can find many posts on the predominant fault in the perfection and perfection again series.

However, mothers and fathers are responsible, as I wrote in that series, on helping the child crush the predominant fault. I did not go into detail on how mothers can help their daughters not be proud, but be humble, and not be vain, but be humble, and shall do so now.

To start with, vainglory, or vanity, like pride, is one of the seven deadly sins. These sins form the roots of others sins and as predominant faults must be faced and uprooted, like briars. I am reminding the readers of Garrigou-Lagrange's definition of the predominant fault.

May I add, before quoting this, that to start young in determining what the fault is and dealing with it saves one from life of both mortal and venial sin.


The predominant fault is the defect in us that tends to prevail over the others, and thereby over our manner of feeling, judging, sympathizing, willing, and acting. It is a defect that has in each of us an intimate relation to our individual temperament.(1) There are temperaments inclined to effeminacy, indolence, sloth, gluttony, and sensuality. Others are inclined especially to anger and pride. We do not all climb the same slope toward the summit of perfection: those who are effeminate by temperament must by prayer, grace, and virtue become strong; and those who are naturally strong, to the point of easily becoming severe, must, by working at themselves and by grace, become gentle.
Before this progressive transformation of our temperament, the predominant defect in the soul often makes itself felt. It is our domestic enemy, dwelling in our interior; for, if it develops, it may succeed in completely ruining the work of grace or the interior life. At times it is like a crack in a wall that seems to be solid but is not so; like a crevice, imperceptible at times but deep, in the beautiful facade of a building, which a vigorous jolt may shake to the foundations. For example, an antipathy, an instinctive aversion to someone, may, if it is not watched over and corrected by right reason, the spirit of faith, and charity, produce disasters in the soul and lead it to grave injustice. By yielding to such an antipathy, it does itself far more harm than it does its neighbor, for it is much more harmful to commit injustice than to be the object of it.

Habits of sin are formed early in the child. We have all met children who lie, for example, at an early age. This child is giving in to her predominant fault of deceitfulness. The parent has a duty to turn the child away form encouraging the predominant fault and moving that child into the virtues received at baptism.

I shall go through the seven deadly sins, each one which could be a predominant fault even though on is not in mortal sin, but has the tendency to commit sins from that basis.

A good parent sees these, and parents must be very careful not to identify the child with the predominant fault.

For example, one does not preach the gospel of negativity, saying over and over, "You are so lazy. You are a lazy person" and so on. That is actually encouraging the predominant fault thinking so that the youth, the child would identify with sin rather than with virtue. 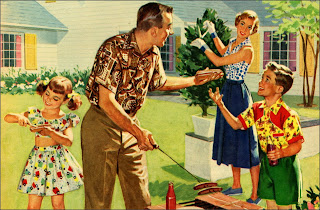 The predominant fault is sometimes the dark side of one's strength of character which must be developed in the child. Again, a good parent has discernment for their children to help them find their strengths and cultivate those.

Below is a repetition of what I have quoted in other posts, but read it from the viewpoint of a parent.

But how can we discern it? For beginners who are sincere, this is quite easy. But later the predominant fault is less apparent, for it tries to hide itself and to put on the appearances of a virtue: pride clothes itself in the outward appearances of magnanimity, and pusillanimity seeks to cover itself with those of humility. Yet we must succeed in discerning the predominant fault, for if we do not know it, we cannot fight it; and if we do not fight it, we have no true interior life.
That we may discern it, we must first of all ask God for light: "Lord, make me know the obstacles I more or less consciously place in the way of the working of Thy grace in me. Then give me the strength to rid myself of them, and, if I am negligent in doing so, do Thou deign to free me from them, though I should suffer greatly."
After thus asking sincerely for light, we must make a serious examination. How? By asking ourselves: "Toward what do my most ordinary preoccupations tend, in the morning when I awake, or when I am alone? Where do my thoughts and desires go spontaneously?" We should keep in mind that the predominant fault, which easily commands all our passions, takes on the appearance of a virtue and, if it is not opposed, it may lead to impenitence. Judas fell into impenitence through avarice, which he did not will to dominate; it led him to impenitence like a violent wind that hurls a ship on the rocks.

A second step in discerning the predominant fault, is to ask ourselves: "What is generally the cause or source of my sadness and joy? What is the general motive of my actions, the ordinary origin of my sins, especially when it is not a question of an accidental sin, but rather a succession of sins or a state of resistance to grace, notably when this resistance persists for several days and leads me to omit my exercises of piety?" Then we must seek sincerely to know the motive of the soul's refusal to return to the good.
In addition, we must ask ourselves: "What does my director think of this? In his opinion, what is my predominant fault? He is a better judge than I am." No one, in fact, is a good judge in his own case; here self-love deceives us. Often our director has discovered this fault before we have; perhaps he has tried more than once to talk to us about it. Have we not sought to excuse ourselves? Excuses come promptly, for the predominant fault easily excites all our passions: it commands them as a master, and they obey instantly. Thus, wounded self-love immediately excites irony, anger, impatience. Moreover, when the predominant fault has taken root in us, it experiences a particular repugnance to being unmasked and fought, because it wishes to reign in us. This condition sometimes reaches such a point that, when our neighbor accuses us of this fault, we reply that we have many bad habits, but truly not the one mentioned".(4)
The predominant fault may also be recognized by the temptations that our enemy arouses most frequently in us, for he attacks us especially through this weak point in our soul.
Lastly, in moments of true fervor the inspirations of the Holy Ghost ask us for the sacrifice of this particular fault.

To be continued....in the next post on the choice of books, models and the destruction of vanity and pride.