Garrigou-Lagrange writes a beautiful section on persevering in prayer.

In order to persevere, one must know three things, in my humble opinion.

One, a person must know who he or she is; one must understand one's faults but also one's temperament.
To have self-knowledge is a key to a true prayer life.

Two, a person must use whatever means it takes to stay in touch with God. This could mean small, humble prayers, using books of prayers, the Divine Office, the Psalms or whatever helps one stay in contact with God during the day. Many people use the Divine Mercy Chaplet.

Three, one must be honest with one's progress and not pretend to be at a higher stage of prayer than one actually is. This means, of course, having a good spiritual director, if possible, or just being content with letting God teach one directly. 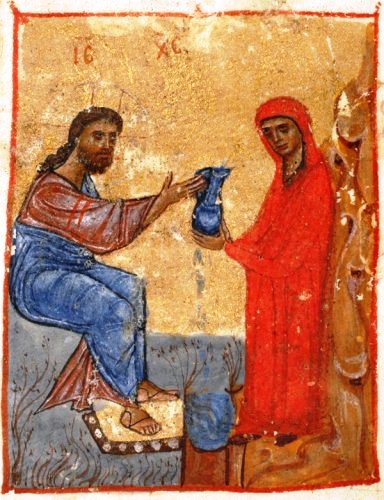 HOW TO PERSEVERE IN THE LIFE OF PRAYER
With perseverance much can be gained; without it, everything can be lost. Perseverance is not easy: a struggle must be carried on against self, against spiritual sloth, against the devil, who inclines us to discouragement. Many souls, on being deprived of the first consolations which they received, turn back; among them are souls that had made considerable advance. We may cite the case of St. Catherine of Genoa, who from the age of thirteen was drawn by God to prayer and made great progress in it; after five years of suffering, she abandoned the interior life, and for the next five years led a completely exterior life. However, one day when, on the advice of her sister, she was going to confession, she experienced with anguish the profound void in her soul; the desire of God revived in her.

In an instant she was taken back by God in the strongest, most imperious manner and, after fourteen years of great penance, she received assurance that she had fully satisfied divine justice. "If I should turn back," she said then, "I should wish my eyes to be torn out, and even that would not seem sufficient." Such vigorous words of the saints express concretely what all theologians say abstractly: that it is better to lose one's sight than to lose grace, or even to retrogress on the way to eternity. For anyone who knows the value of life, the value of time in relation to eternity, this statement is incontestable. It is, therefore, most important to persevere and to press forward.
Some souls, after struggling for a long time, become discouraged when they are perhaps only a few steps from the fountain of living water. Then, without prayer, they no longer have the strength to carry the cross generously; they let themselves slip into an easy, superficial life, in which others might perhaps be saved, but in which they run the risk of being lost. Why is this? Because their vigorous faculties, which were made to seek God, will incline them, in their search for the absolute which they desire, to look for it where it is not.

For certain strong souls, mediocrity is not possible; if they do not give themselves entirely to God on the road of sanctity, they will belong wholly to themselves. They will wish to spend their life enjoying their ego; they run the risk of turning away from God and of placing their last end in the satisfaction of their pride or of their concupiscences. In this respect, certain souls somewhat resemble the angels. The angel, says St. Thomas, is either very holy or very wicked; there is no middle course. The angel makes a choice either of ardent charity or of irremissible mortal sin; venial sin is impossible for a pure spirit, since immediately seeing the end, its will is completely engaged. Either it becomes holy, forever established in supernatural good, or it turns away from God forever.(3)


Some souls absolutely need prayer, intimate and profound prayer; another form of prayer will not suffice for them. There are very intelligent people whose character is difficult, intellectuals who will dry up in their work, in study, in seeking themselves therein with pride, unless they lead a life of true prayer, which for them should be a life of mental prayer. It alone can give them a childlike soul in regard to God, to the Savior, and to the Blessed Virgin. It alone can teach them the profound meaning of Christ's words: "Unless. . . you become as little children, you shall not enter into the kingdom of heaven." It is, therefore, important, especially for certain souls, to persevere in prayer; unless they do so, they are almost certain to abandon the interior life and perhaps come to ruin. 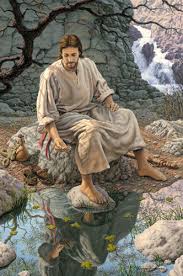 To persevere in prayer two things are necessary: to have confidence in Christ, who calls all pious souls to the living waters of prayer, and humbly to allow ourselves to be led by the road He Himself has chosen for us. First of all, we must have confidence in Him. We fail in this regard when, after the first slightly prolonged periods of aridity, we decide that prayer is not for us, nor we for it. On this score, we might as well say, as the Jansenists did, that frequent Communion is not for us, but only for a few great saints. Our Lord calls all souls to this intercourse of friendship with Him. He compares Himself to the good shepherd, who leads his sheep to the eternal pastures, that they may feed on the word of God. In these pastures is the fountain of living water of which Christ spoke to the Samaritan woman, who was, nevertheless, a sinner: "If thou didst know the gift of God, and who He is that saith to thee: Give Me to drink; thou perhaps wouldst have asked of Him, and He would have given thee living water." (4) Likewise at Jerusalem on a festal day, "Jesus stood and cried, saying: If any man thirst, let him come to Me, and drink. He that believeth in Me, as the Scripture saith: Out of his belly shall flow rivers of living water. Now this He said of the Spirit which they should receive who believed in Him." (5