On Books Again And Purgatory 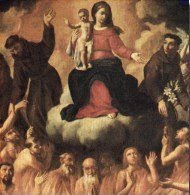 Another great book which demonstrates the necessity for purgation and the existence of purgatory is Hungry Souls, by Gerard J. M. Van Den Aardweg. For those who have visited the Museum of Purgatory in Rome, some of the stories would be familiar, as well as some of the photos.

Again, I want to emphasize just one section of this small but intriguing book.

But, before I go into this example, I want to stress what I did stress in the perfection series.

And that is this: we should never aspire to purgatory but to heaven. Becoming perfect on earth not only spares us the pain of non-merit-able suffering, but deprives the Church of living saints who could be building the Kingdom of God on earth.

Too many people do not realize that only those in the last two stages of perfection can labor for the Church with results. No one who is lacking purification can lead or build up the Church in virtue.

This is one serious problem in the Church today-the lack of saints, those who have cooperated with God in the Dark Night and allowed Him to cleanse each part of the senses and spirit.

Too few have generous hearts to undergo purification for the sake of the Church.

One of the things I want to highlight is the repetition of the idea that in purgatory there is real fire. many priests, bishops and even recent popes have moved away from this idea in private or public statements which are not ex cathedra, not infallible statements.

The fact that many saints and those to whom souls in purgatory have visited to ask for prayers speak of fire or are seen in fire is a fact that cannot be denied.

St. Faustina was shown her "particular judgment" as noted in this book. She was so horrified at the seriousness of her sins, even her venial sins, that she wanted to throw herself into the fired of purgatory. Jesus stopped her from doing this. Obviously, she worked out her purgatory on earth and became a saint, now recognized by the universal Church. 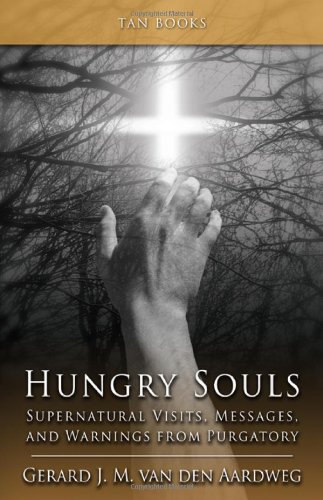 Fire is not merely a symbol of purification, but of love. Those who are in purgatory have seen God and love Him so much they willingly endure their penance and purification.

I have a friend who, for three days, was shown all his sins from his childhood to the present day of the beginning of this experience. He told me that it was a terrible and sad experience, and he literally sobbed for three days, knowing how he had insulted the Purity and Innocence of God.

We talked about this, and in the same year, several other people in Europe experienced the same thing-their particular judgment, while alive.

These visions were tremendous graces, enabling those who experienced both God's mercy and justice to change their lives and strive more after holiness.

For more information on the Museum of Purgatory, look here.